The Levante is Maserati’s first SUV but, as a one driver in the Australian beach town of Stockton recently discovered, this doesn’t mean that it doesn’t have its limitations.

A photo recently posted to Facebook shows a group of off-roaders that took a Levante to the beach only to get stuck in the sand. A Range Rover is also visible right behind the Maserati, although it is unclear if it too was stuck in the sand.

Unsurprisingly, those commenting on the Facebook post didn’t have much sympathy for the driver of the Italian SUV.

“Why the hell would they attempt to drive this on the beach… too much money and not enough brains,” one person wrote.

Motorists can drive along the picturesque Stockton Beach with an appropriate permit but it remains unclear if the driver of the Maserati had obtained one. A separate video from the same day shows the moment the Levante got stuck in the sand. Despite its all-wheel drive system, it can be seen spinning up all four wheels while struggling to put its power to the ground, kicking up sand in the process and digging itself deeper and deeper into the sand.

It remains unclear how the beached Maserati was rescued, but our best guess would be a tow truck. 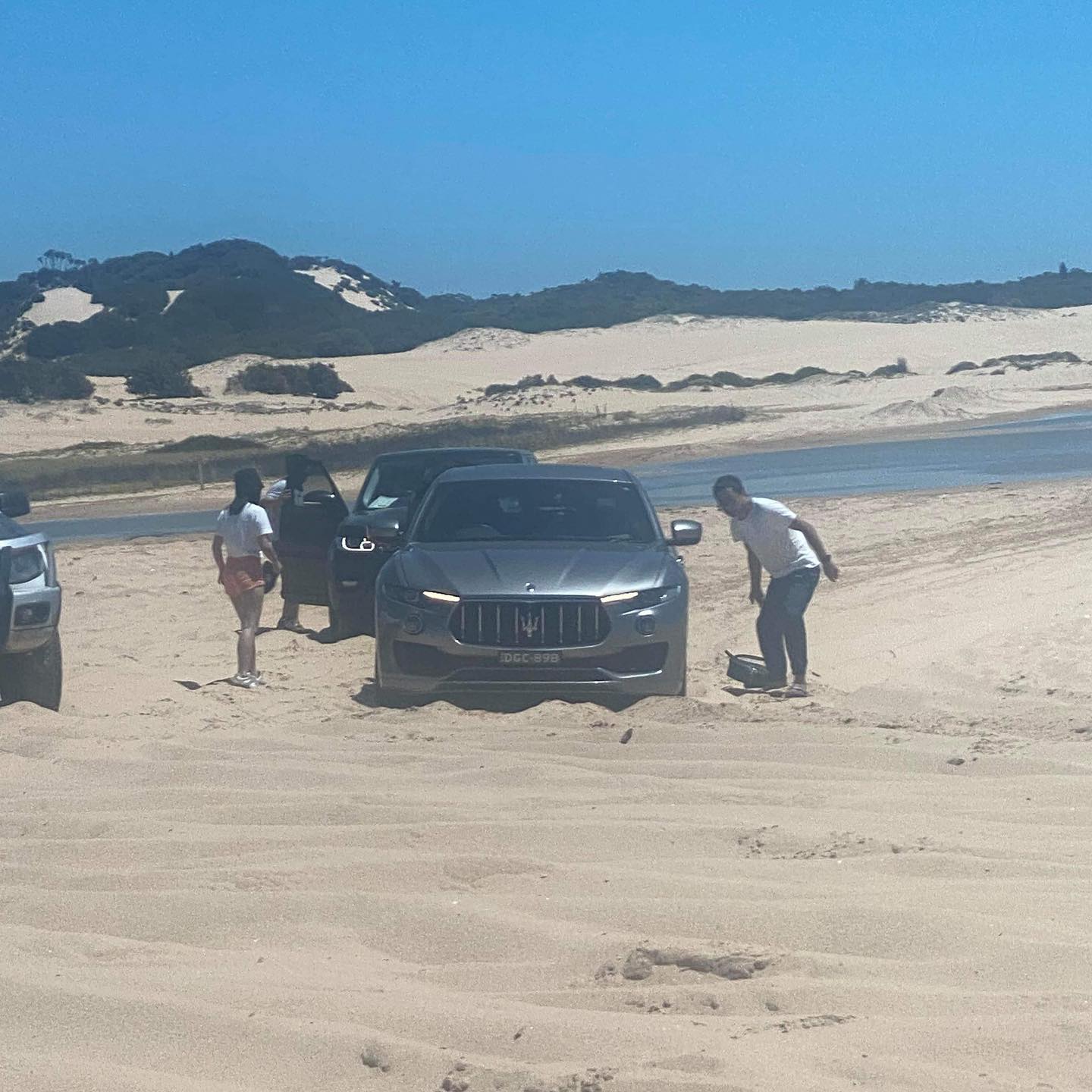