BMW produces some of the finest motorcycles on the market and these renderings show what could happen if its designers were to throw out the rulebook and create something truly unique.

This concept bike comes from designer Sabino Leerentveld and takes the form of a sportsbike with an intriguing shape and unique proportions. If it was real, it probably wouldn’t be very comfortable to ride, but as a showpiece, it is special. 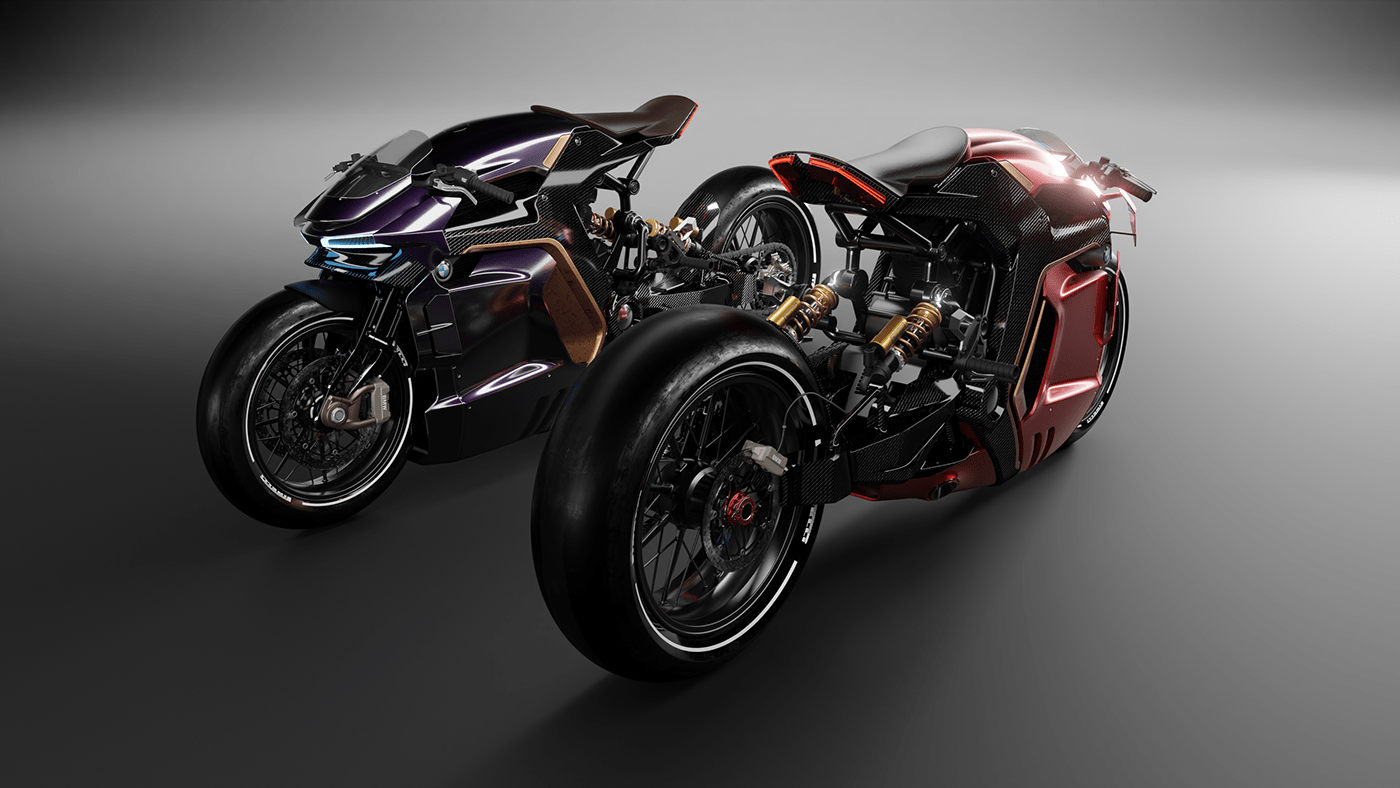 The motorcycle appears to be underpinned by a traditional steel frame but uses a plethora of carbon fiber components such as the rear swing arms, front and rear fenders and elements of the bodywork.

One of the most striking aspects of the BMW bike is the positioning of the thin, leather seat that sits very high and flush with the fuel tank, not a trait normally seen on motorcycles. Found beneath the seat are not one but two shocks from Ohlins, while dual tailpipes exit out from the lower flanks of the bodywork.

Both the headlights and taillights of the concept bike feature LEDs, allowing the designer to give them sharp and aggressive looks. Other key areas of the bike’s design include the tiny windshield, clip-on handlebars, and beefy front and rear tires.

Note: This is an independent design study by Sabino Leerentveld and is not related to or endorsed by BMW