General Motors made waves today when they announced plans to phase out internal combustion engines and become carbon neutral by 2040.

They’re not alone in that mission as Nissan also intends to be carbon neutral by 2050.

While the Japanese automaker will lag behind GM, the company said every Nissan in key markets – including Japan, China, Europe and the U.S. – will be electrified by the early 2030s. However, they won’t necessarily be battery electric vehicles as the company plans to further develop their e-Power powertrains that feature a range-extending petrol engine.

That being said, electric vehicles will play a role in Nissan’s push to become carbon neutral. As a result, the company is investing in solid-state batteries and is working to create more affordable and efficient EVs.

Nissan is also looking at ways to make production more eco-friendly. The company didn’t go into specifics, but said they will “strive for greater energy and material efficiencies to support longer-term carbon neutrality ambitions.”

Since vehicles are just part of the equation, Nissan aims to develop a “battery ecosystem to support decentralized, onsite power generation for buildings with renewable energy sources.” As part of this effort, they’re expecting increased collaboration with energy suppliers to support the decarbonization of power grids.

In a statement, Nissan CEO Makoto Uchida said “We’re determined to help create a carbon neutral society and accelerate the global effort against climate change.” He added the company’s electrified vehicle offerings “will continue to expand around the world, and this will make a major contribution to Nissan becoming carbon neutral.” 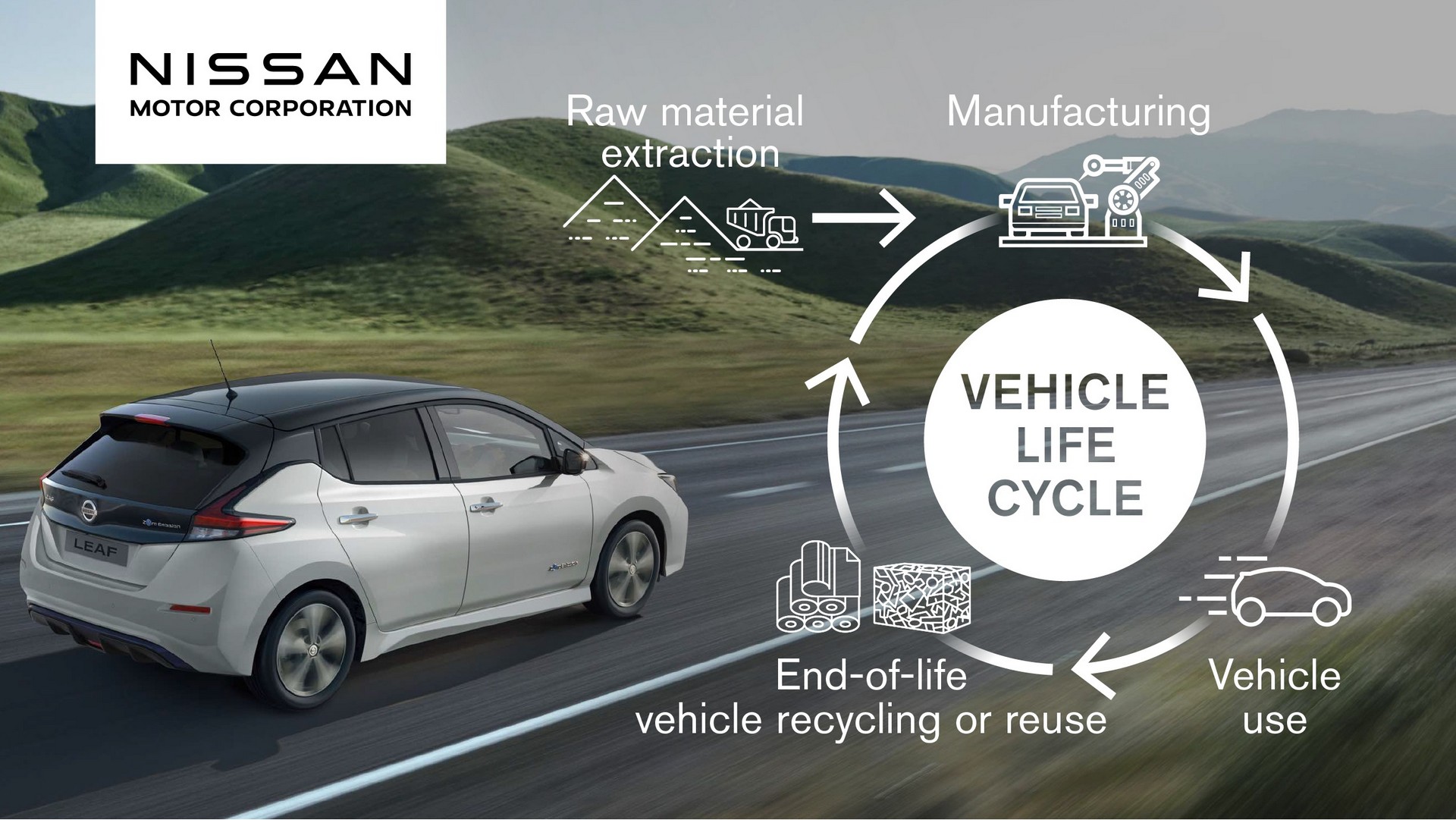