While snow covered mountain roads are far from the ideal environment for a focused performance model like the new 718 Cayman GT4 RS, Porsche’s engineers need to test all their vehicles under different kind of conditions no matter how harsh or extreme. The most extreme Cayman yet that we previously spotted following a new 992 GT3 is still expected to be introduced later this year.

The prototype is still covered in some areas, most notably at the front fenders hiding a set of delicious vents, but we can see that it will look more threatening than the regular 718 Cayman GT4.

A new hood, with air ducts, is part of the visual upgrade, alongside the bumper with big air intakes, massive rear wing, two exhaust pipes incorporated into the diffuser, and extra cooling on the sides for the engine, including the two panels that have replaced the rear quarter windows.

Watch Also: Which Generation Of Porsche Cayman Is The Best? 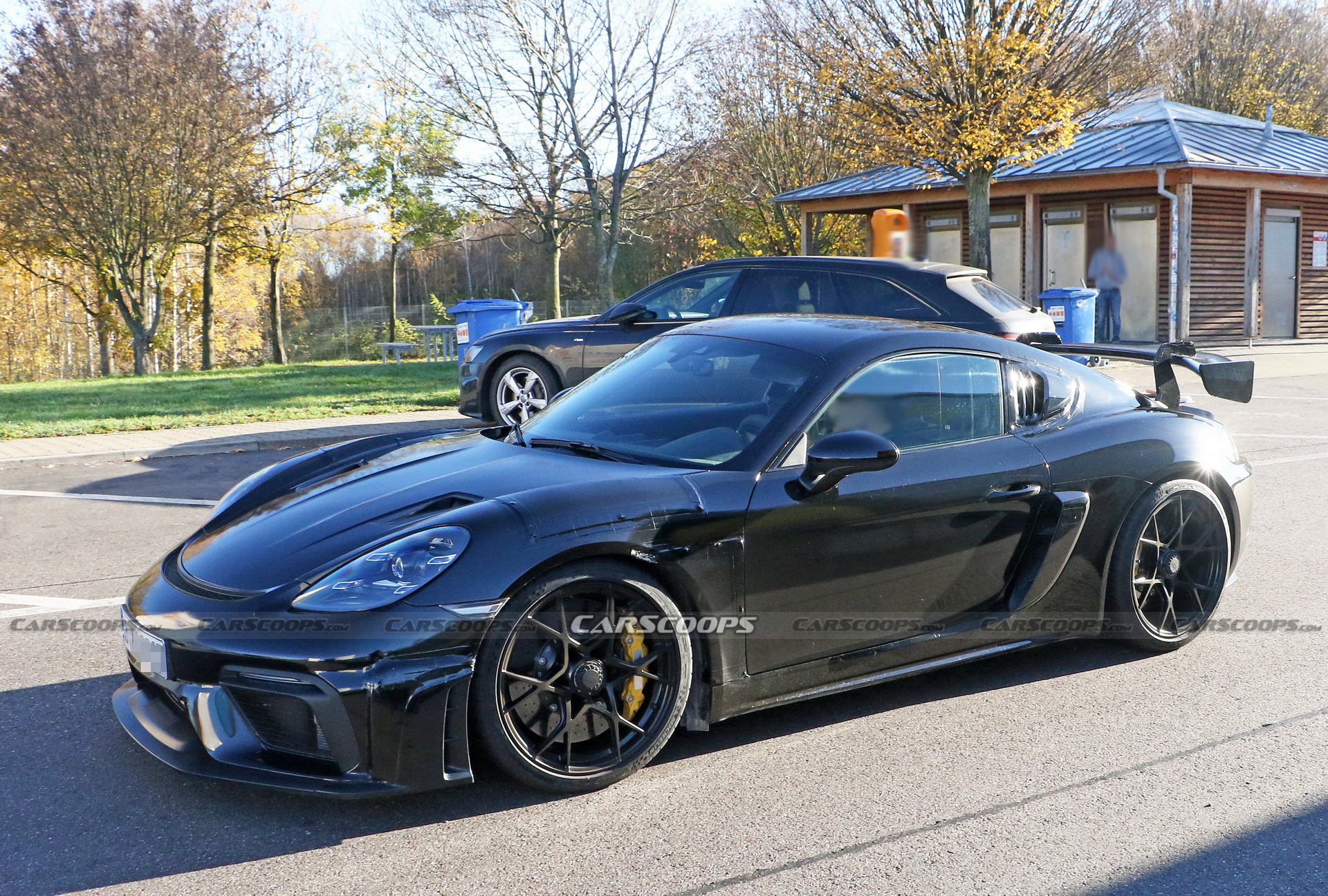 The Y-spoke center-locking wheels, wrapped in grippy tires from Michelin, cover the upgraded brakes, with big drilled discs and yellow calipers. This model will also feature a different suspension set-up, yet as you can imagine, details are scarce at the moment.