It looks like 2021 is going to be the year of the electric pickup truck. With Ford, GM, Rivian, and Tesla all planning to bring fully electric full-size pickups in the market in the next two years, it’s hard not to feel that a sales race is only a matter of time.

It seems like Ford is the favorite to lead the first generation of EV pickups. According to a study by Cox Automotive, people in the market for an electric pickup truck were most excited about the electric Ford F-150.

As far as looks, active consideration, and attributes are considered, the F-150 led the pack of upcoming trucks that Cox Automotive considered in their survey.

When shown pictures of the F-150, the Rivian R1T, the GMC Hummer, and the Tesla with no badges or brand indicators, the Ford ranked highest overall.

Of the trucks on the way, the F-150 is the least futuristic, and that appears to have been a big consideration among people surveyed. The Hummer came second, while the divisive Tesla Cybertruck came last. The Rivian’s looks nearly tied the Ford’s among people 18-34 and women, but among people 35 and over, the Ford’s were by far the favorite. It’s not all about looks, though.

The Tesla did fare better when it came to likelihood of being considered, coming in second ahead of the Hummer EV and the Rivian, whose poor brand recognition may have hampered it. Still, 45% of people surveyed said they were likely to consider an F-150, with 32% saying so for Tesla, 28% for the Ford, and 25% for the Rivian.

Indeed, when Cox Automotive ranked each attribute of each truck, the Rivian’s weakest attribute is its brand name. For Ford, though, there was just one attribute in which is ranked lower than the rest of the brands: advanced tech. 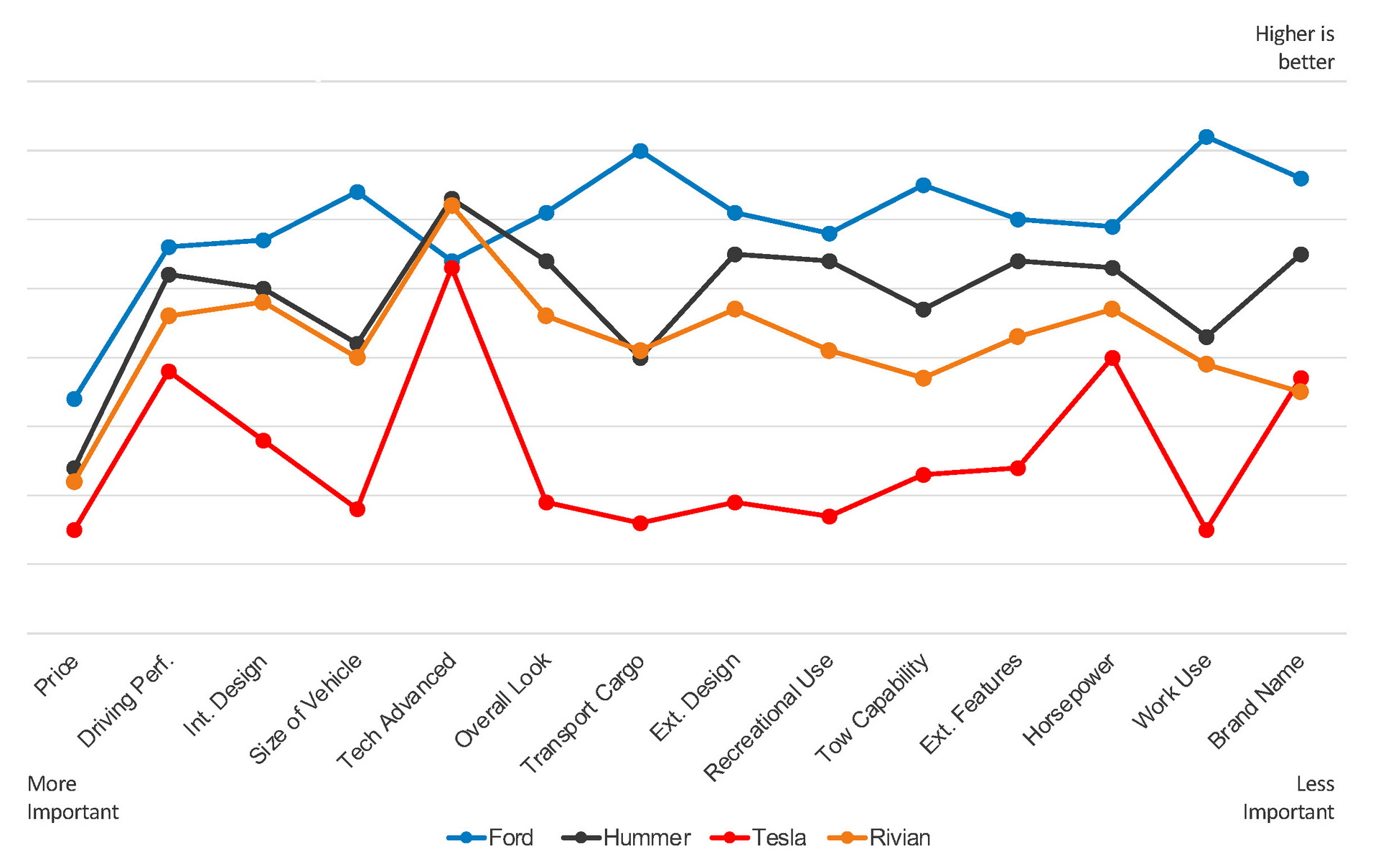 That said, there is one other category in which the electric F-150 lags behind the rest: its release date. With sales expected to start before June of 2022, it will launch after the Rivian (set to be released in June 2021), the GMC (whose deliveries are set to start in fall 2021), and the Tesla (whose production will apparently start in May 2021).

Mind you, whether or not those brands can actually deliver on those dates is a bit less certain that it would have been under different global circumstances. 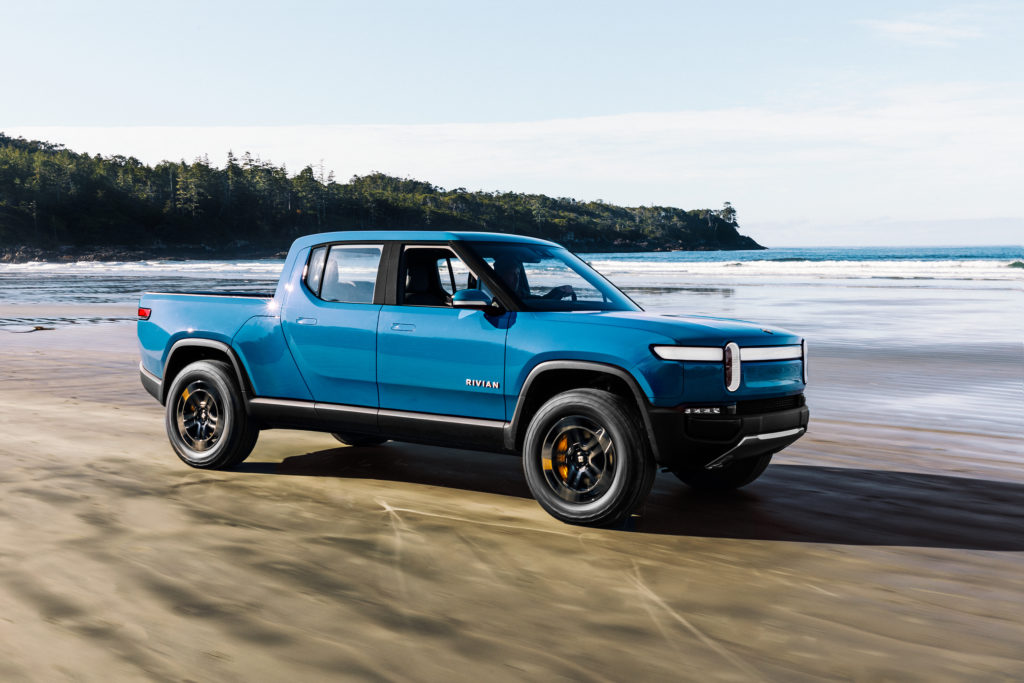