I always forget how good V12 Vanquishes look, especially in the flesh, but you could never have to remind yourself again. This low-mile car is being offered on Bring a Trailer.

Designed by the legendary Ian Callum, the V12 Vanquish set the tune that Aston Martin is still singing. More modern-looking than the DB7 and ahead of the DB9 by three years, if you updated the headlights, the first-gen Vanquish could still fit into Aston’s current lineup.

And yet the model turned 20 years old this year. And there are a few features that reveal this car’s age – like AM/FM cassette stereo and, we suspect, the electro-hydraulically operated six-speed automated-manual transmission.

Still, it’s all of a period and therefore historic. Aston produced only about 1,500 Vanquishes (and a few more Ss) between 2001 and 2007. Combined with the fact that this has just 5,000 miles on the odometer, it might be the perfect investment (although, I maintain that anyone who is investing cars with a budget of less than six figures is essentially gambling).

Also Read: The Kaiser Darrin Was Ahead Of Its Time And One Is Now Up For Grabs 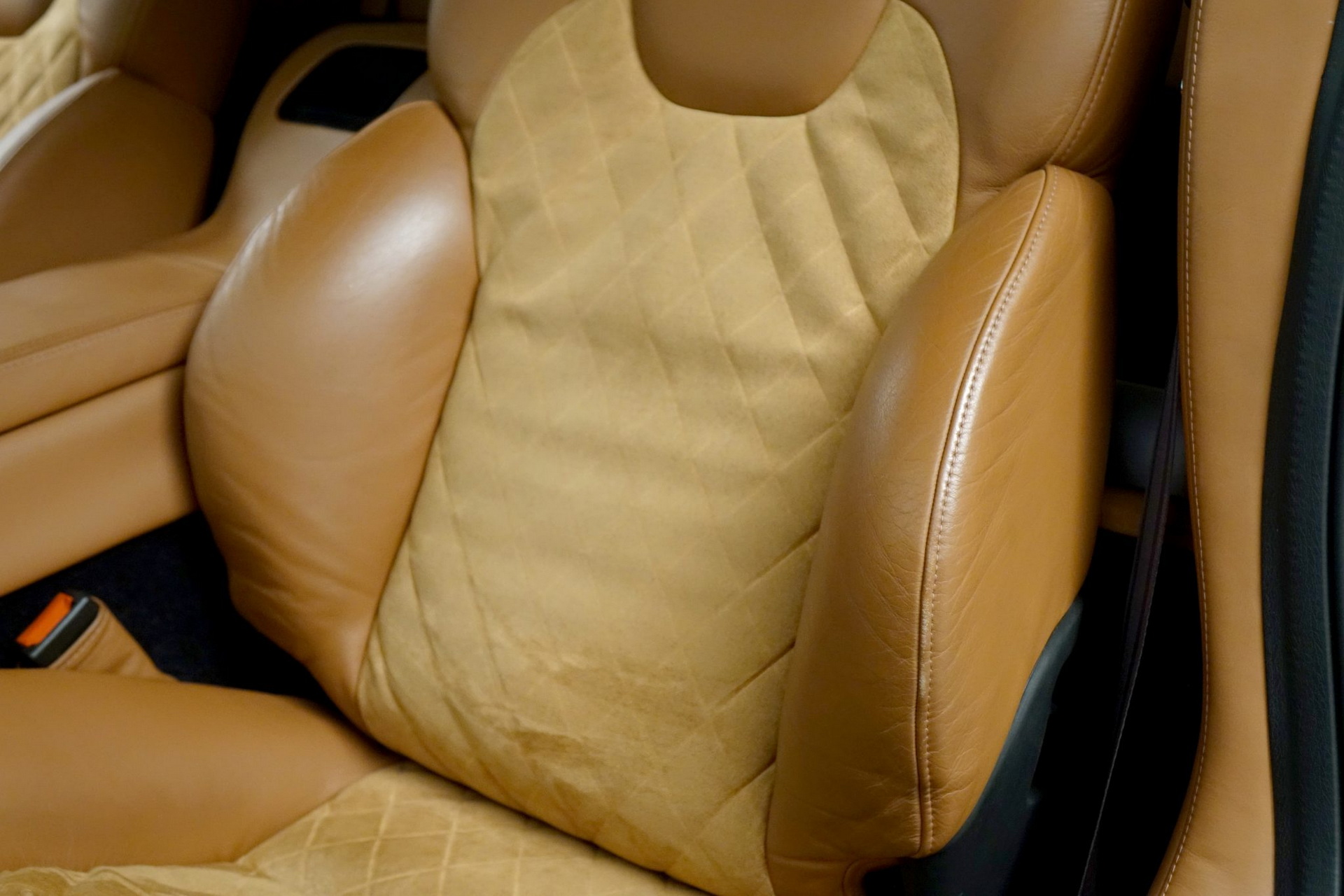 There is one thing about this car that I find odd and it’s how much more worn the driver seat appears to be than the passenger seat. Maybe it’s a trick of the light, but I wouldn’t have expected either seat to be particularly worn after just 5,000 miles. Maybe the owner liked to sit in to feel powerful while they took calls.

At time of writing, the current bid is just $32,000. That feels like a steal, but there are still a few days left on this auction so who knows how high the price will go. Offered by the Dallas Motor Club, this V12 Vanquish will find a new owner on January 28.