The original Shelby Daytona is beloved by the entire automotive industry but not only is it extraordinarily rare, buying one of the originals will likely set you back at least eight figures. That’s where this 2010 Superformance Shelby CSX 9000 Daytona Coupe comes into play.

Featuring bodywork that perfectly mimics the original Daytona, the car was built back in 2010 and is clad in Monza Red paint with silver stripes. The seller acquired the car from Hillbank Motor Sports of Irvine, California in 2019 and has driven it approximately 4,000 miles in that time with the car thought to have roughly 9,000 miles under its belt.

It has been granted California SB-100 smog exempt registration and is being sold with service records, spare parts, a car cover, a Shelby American Vehicle Authentication Certificate, and a clean California title.

The bodywork of the vehicle is made from lightweight fiberglass. Plexiglass covers for the headlights and driving lights were recently installed and clear protection film has also been applied over the front section of the car. Other key exterior details include door pulls with etched Carroll Shelby signatures and Peter Brock emblems over the polished side pipes. Also catching the eye are Halibrand-style 18-inch knock-off wheels from American Racing with staggered-width Michelin Pilot Sport A/S 3+ tires. 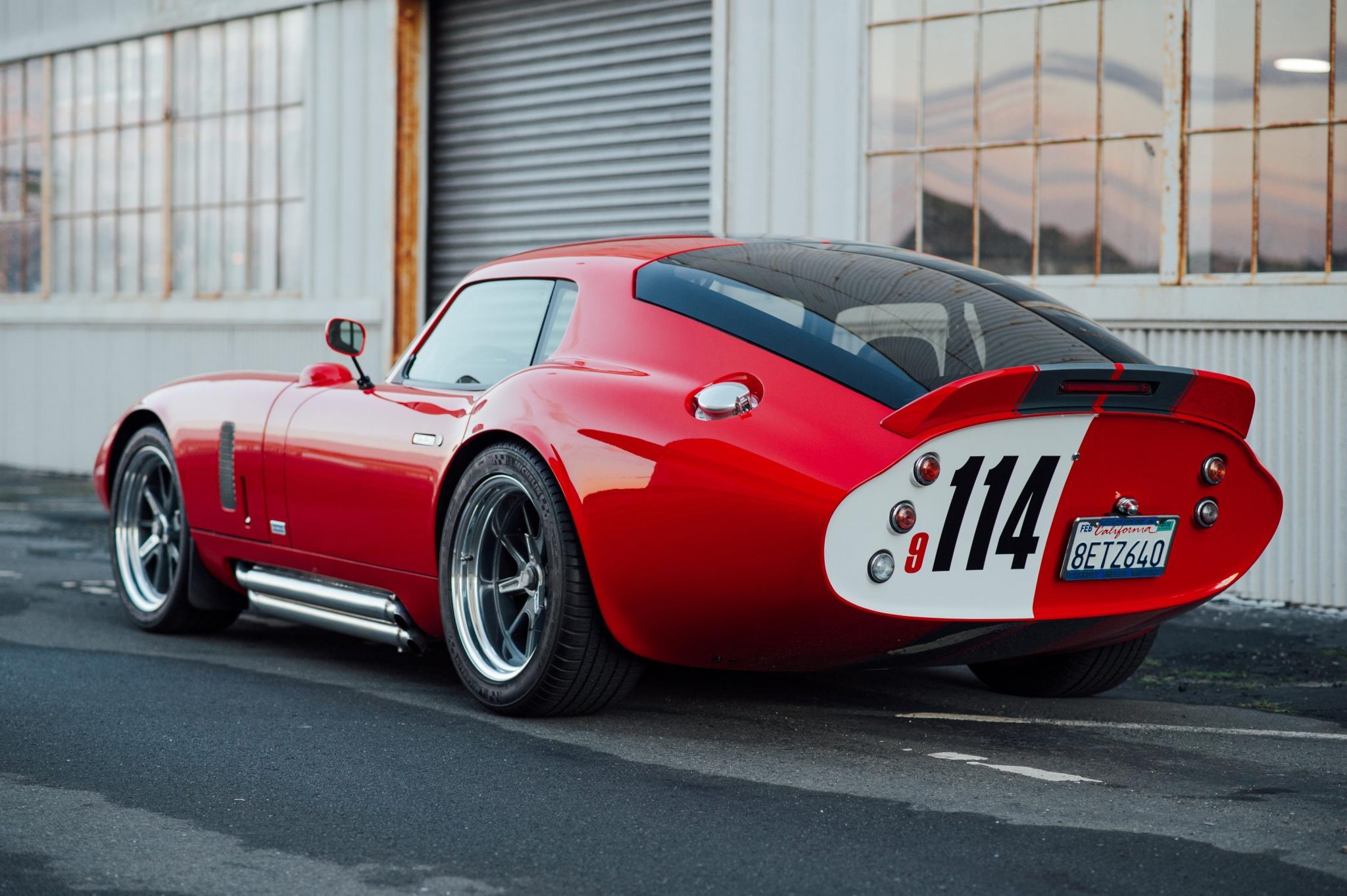 The interior is just as gorgeous as the exterior and includes Shelby gauges as well as black leather. There’s also a stereo and a spare BRE tire beneath the rear hatch.