Even though superminis aren’t quite as popular as they once were, some nameplates still hold a great deal of power and no small crossover is going to change that anytime soon.

This is especially true in European markets, where the likes of the Ford Fiesta, VW Polo, Renault Clio, Opel Corsa, Peugeot 208, Toyota Yaris and Skoda Fabia consistently move north of 100,000 units per year, each.

Sales for the Fabia however have taken a bit of a dive last year, and not just because of the pandemic, but also because of the current model’s age – it came out in 2015 and isn’t quite as modern as most of its direct rivals. 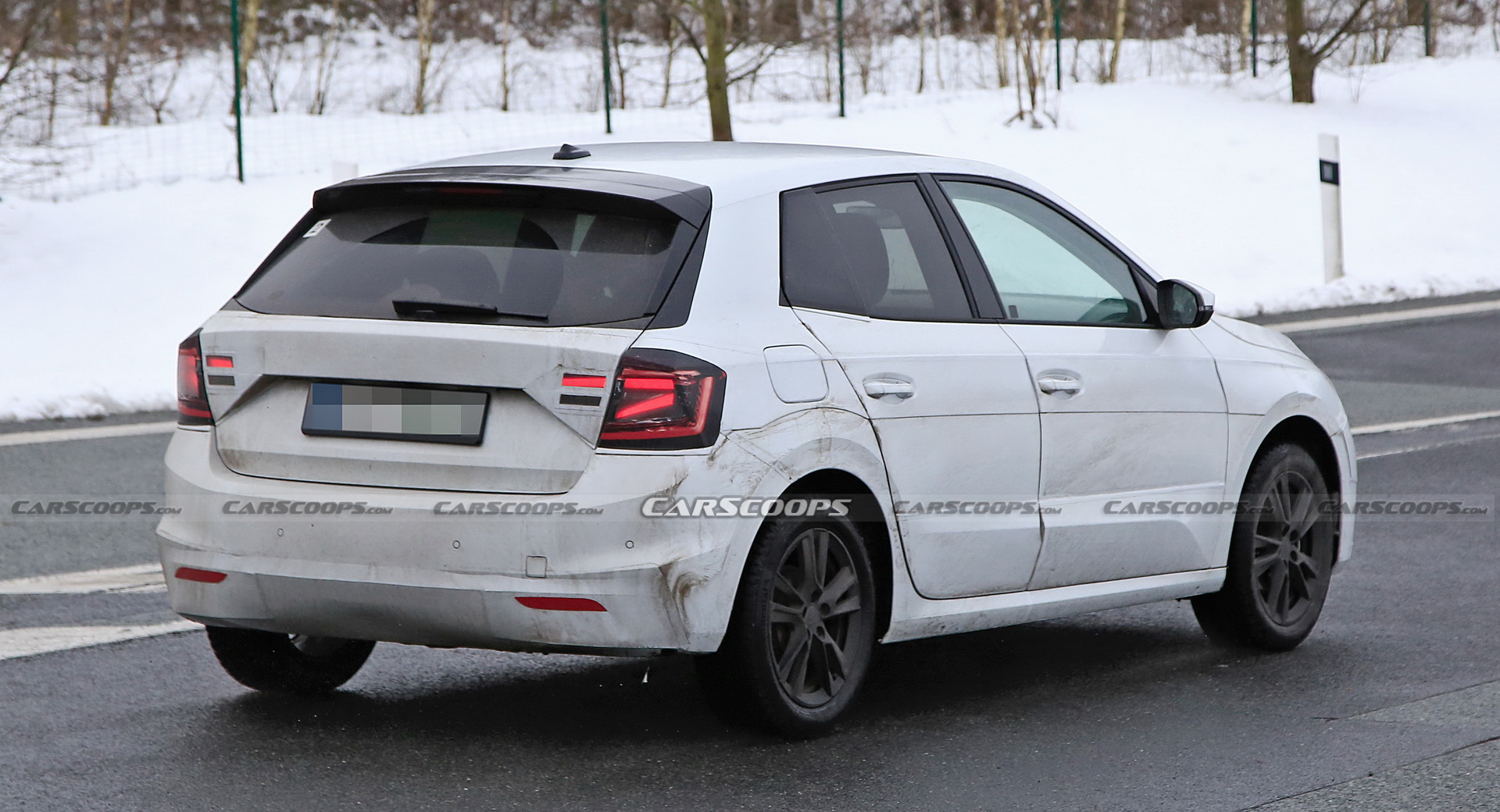 Sure, some panels remain disguised, but we can clearly get an idea as to the overall shape, styling and design language used by Skoda on their latest supermini. Right off the bat, it looks a lot like the Vision RS hot hatch concept unveiled back in 2018.

The headlights aren’t quite as thin, but the grille is pretty much identical and the window line is very similar too. The rear however is a little more Polo-like, albeit with larger taillights that stretch onto the tailgate, unlike the Polo with its small square units.

We can also see inside a little bit, only to say that there doesn’t seem to be a freestanding infotainment display. The screen is more likely positioned immediately below the upper dash, or rather protruding upwards by a small margin.

The all-new Skoda Fabia will ride on the VW Group’s MQB A0 platform, utilizing a wide range of gasoline and diesel powertrains, with a choice of manual and automatic gearboxes. Also, if reports are to be believed, Skoda will keep producing the Combi (wagon) variant of the Fabia for this upcoming generation as well.