Last week, we shared spy pictures of a retro-style targa based on the MX-5. Now we have images of the roadster version and some extra info.

The car will reportedly be called the Hurtan Grand Albaycin (the name is borrowed from an Andalusian region of Spain) and, according to the company, it will be unveiled on January 22.

In the spy photos, the roadster is wearing significantly less camo than the targa-top we saw before. The photos also reveal that this is a two-tone car with pontoon-style fenders. Those fenders are deliberately designed to mimic the style of 1950s cars, something founder Juan Hurtado says has been his dream since the ’80s. The Spanish company has previously built bespoke cars made to order, so it will be interesting to see if that will also be the case with the Grand Albaycin. 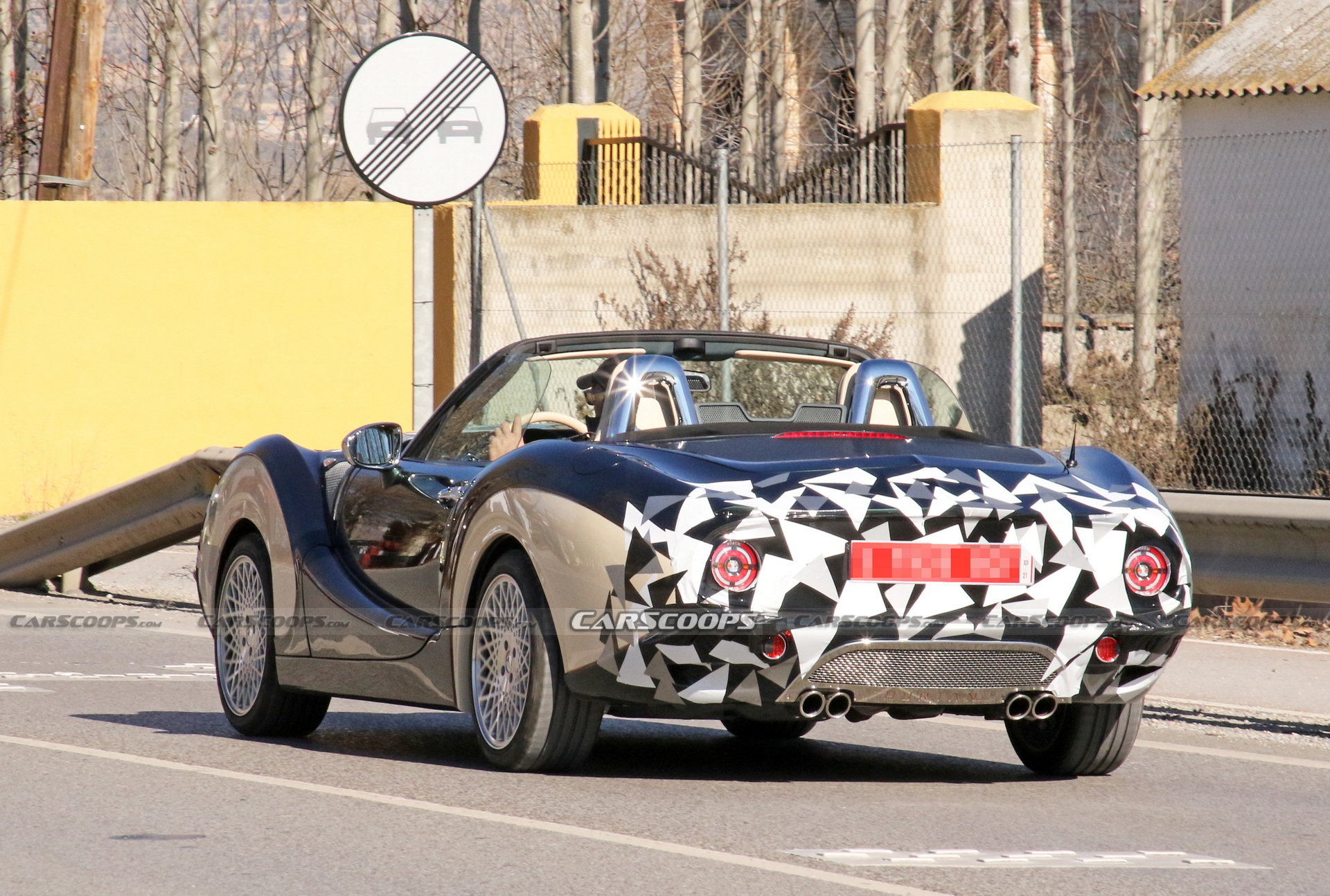 Based on the latest MX-5, the car will reportedly come with a pair of familiar Mazda engines, a 1.5-liter making 132 hp or a 2.0-liter with 184 hp. Both manual and automatic versions will be offered. The switch gear, vents, and gauges all appear to be lifted straight from the Mazda, although the steering wheel and shifter have been finished in fancier leather.

The name will be a familiar one for Hurtan’s patrons. Of the seven models the company has produced since the ’90s, five carried the name. In 2008, a previous generation Grand Albaycin made 178 hp and weighed only 900 kg.