Even though we don’t know for sure if this topless, two-door Tesla Model S is real, we kind of want to believe that it is.

The images that have been circulating the past day on numerous forums and social media accounts including Tesla Owners UK show the vehicle on display inside of a dealership that appears to be based in Europe – judging by the cars outside and building architecture. We can’t find any distinguishable flaws with the images, so it’s either real or a damn good (and very detailed, given all the angles) Photoshop effort.

Some of the lines, together with the overall size of the Model S give this two-door convertible iteration a sort of Maserati GranCabrio vibe. It’s sleek, stylish, and definitely makes for a more expensive-looking car – although, the lack of a roll bar could be problematic, if this is indeed a real conversion. 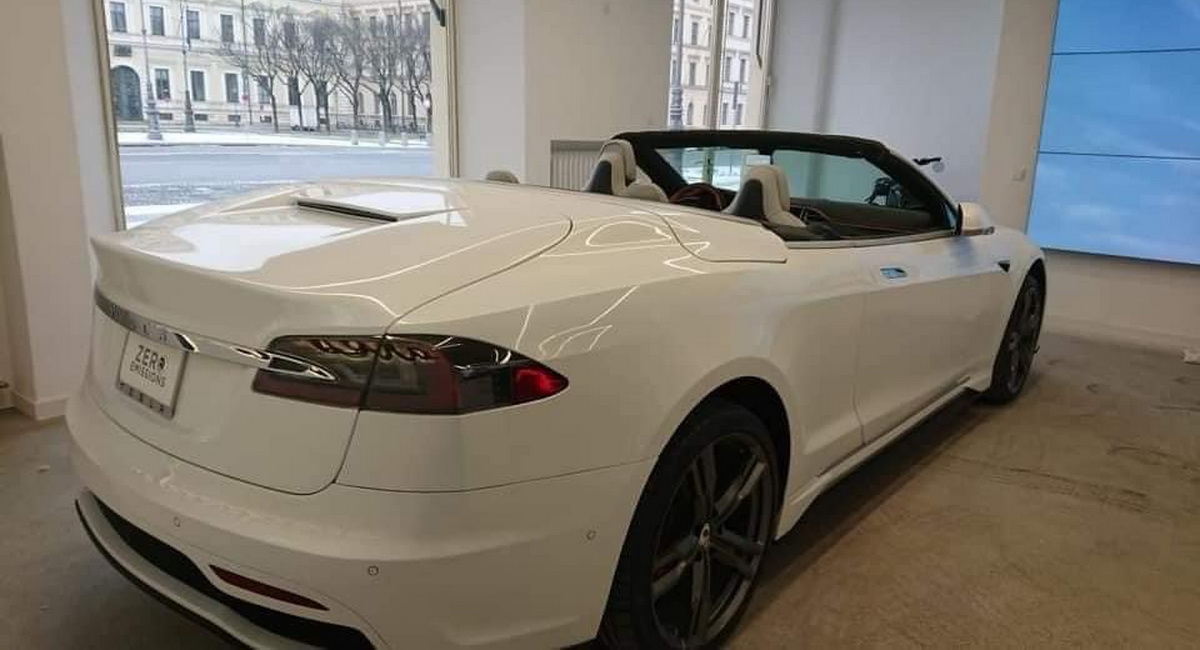 Another thing we’re unsure of is if there’s an actual folding roof underneath all that custom metalwork at the rear, but if there is, it’s likely a soft top. If real, we’d be worried about the lack of roll bars unless their hidden behind the rear headrests which would be a rather complex and expensive solution for a custom build.

We have to say that it actually reminds us a lot of that Tesla S Roadster sketch by Ares Design, but this probably isn’t it since they never released anything official after that initial sketch. So their project is likely still in development.

As for whether this looks better or worse than the regular Model S, well that type of question doesn’t necessarily come with a straight-forward answer. The Model S is a good looking saloon, by most accounts. Meanwhile, this convertible version (unlike those hideous four-door convertible creations we’ve seen in the past) is arguably pretty good looking too.

We’ve asked around to see if it is indeed an actual real-life build or a very intricate but digitally doctored effort and hopefully we’ll manage to find out more. Once we do, we’ll give you an update.

So then, do you like it, love it or would you rather the Model S stick to what it does best in terms of styling? 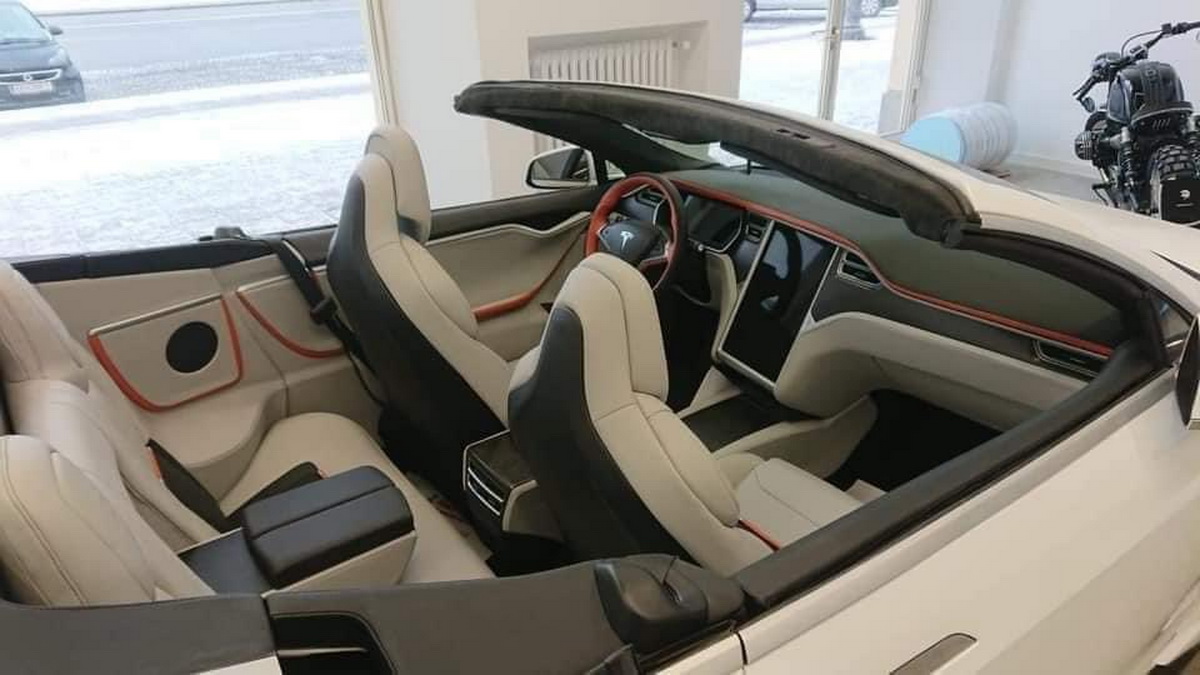