The Boxster is celebrating its 25th anniversary this year and Porsche is marking the occasion by launching a Boxster 25 Edition, which features cues from the original Boxster concept.

The company is now taking a look back at the concept, which debuted at 1993 North American International Auto Show in Detroit.

The story starts two years earlier as development for the Boxster was already underway. The company decided to preview the model with a concept, so they tapped Grant Larson who was responsible for advance development in the Design department. 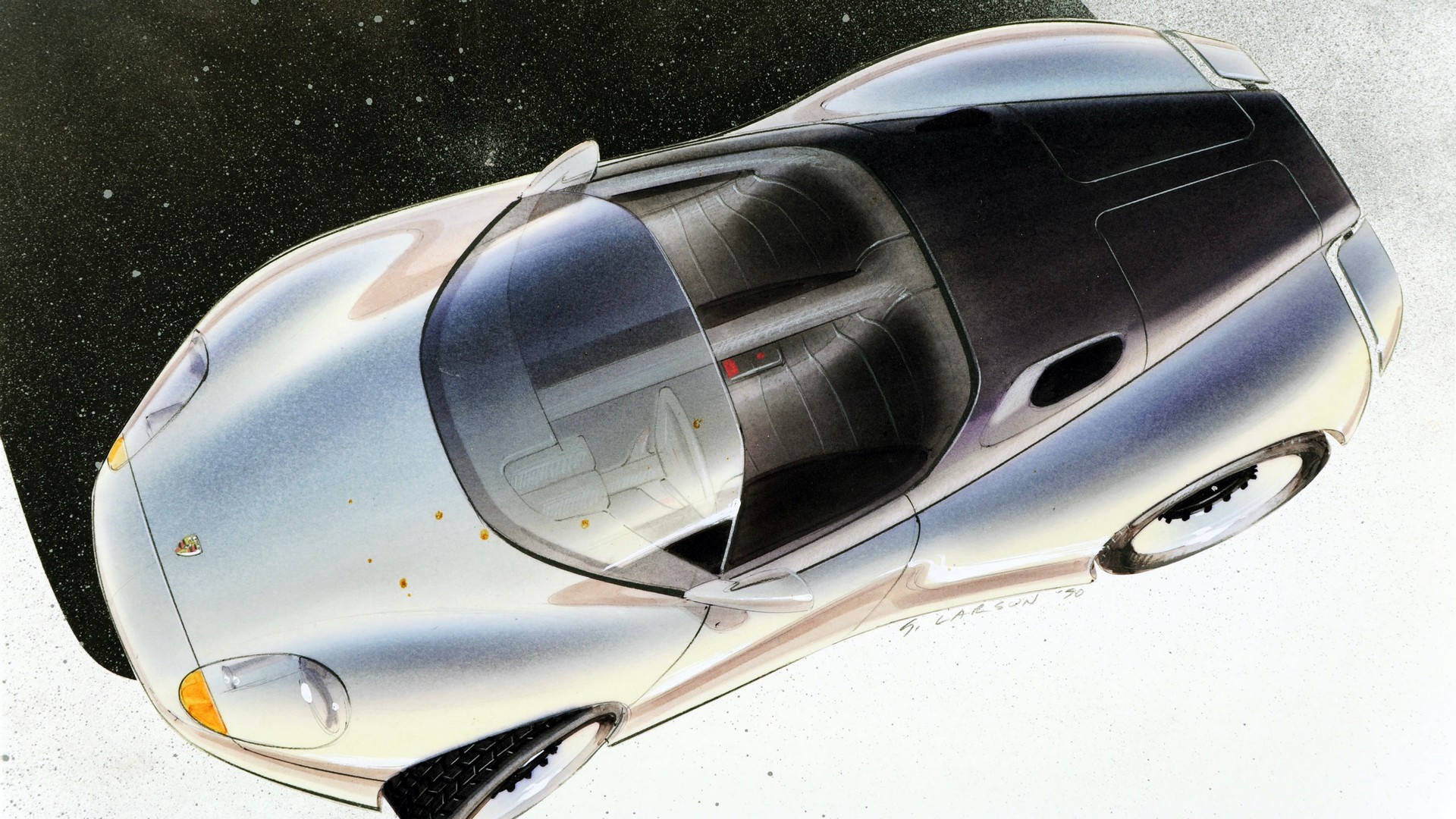 Larson says he was given “full freedom” in regards to design and noted “all drafts were produced as 2D drawings … not on a screen like today.” A number of sketches were created including some that bear little resemblance to the Boxster we know today.

The design was honed over the course of a year and Larson noted his boss, Harm Lagaaij, really pushed him to focus on “detailed forms.” In the end, the concept incorporated a number of cues from the 550 Spyder and 718 RS 60. Among them were a mid-engine layout, a short rear overhang and a center mounted exhaust. 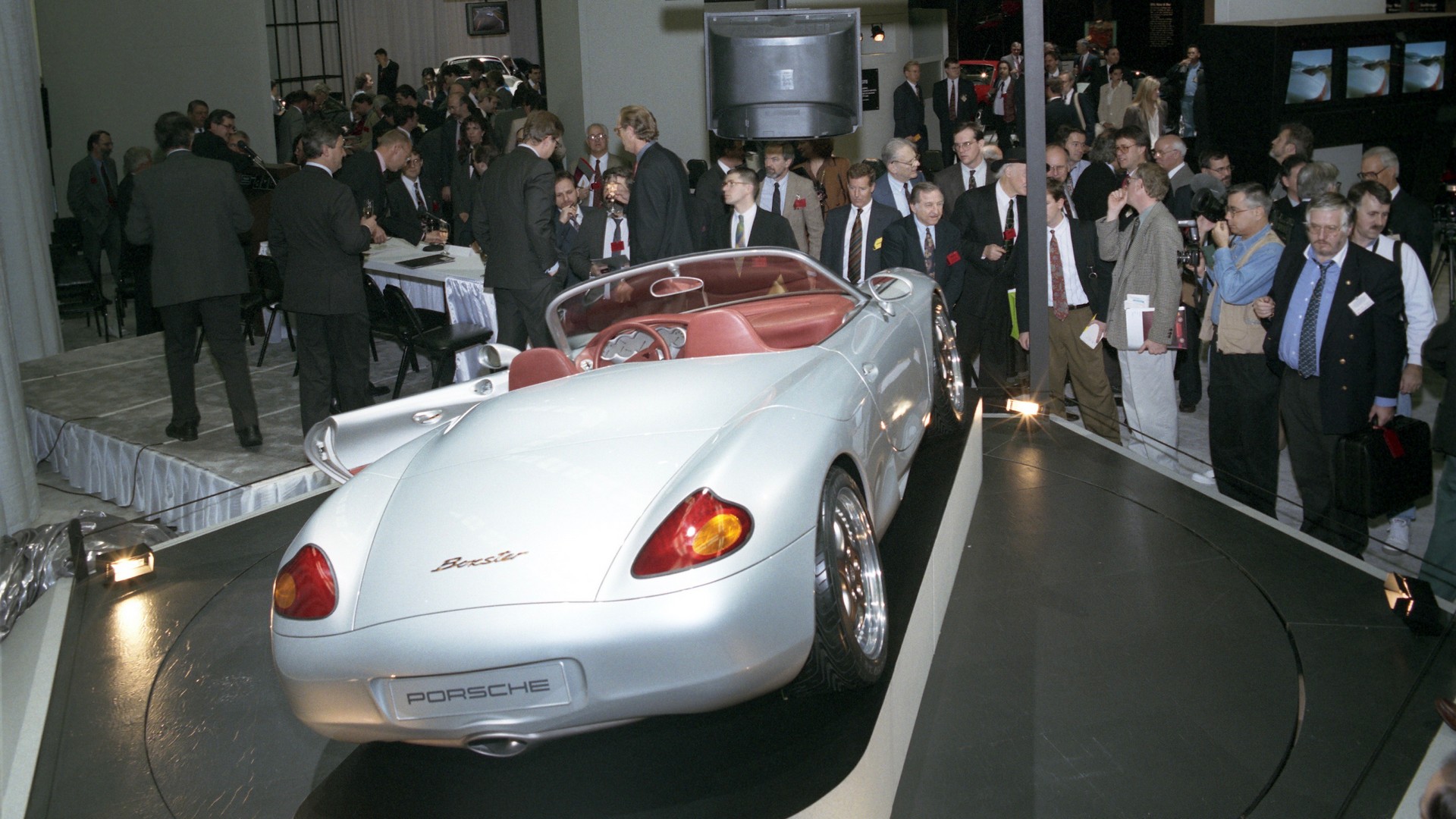 Porsche originally planned to unveil the concept at the 1993 Geneva Motor Show, but its introduction was moved up a few months because the company didn’t “want to waste any time.” Furthermore as Larson noted, “Our focus with the roadster was on the US market, where Porsche was weak at the time, and where Mazda with its Miata and BMW with the Z1 were already present in the roadster segment.”

The reaction to the concept was overwhelming positive and this caused Porsche to rethink their plans for the production model. As Larson explained, “Shortly after the presentation in Detroit, we were instructed to stop series design development for the Boxster immediately. The instruction instead was: ‘Please build the concept exactly like that.’”