The North American International Auto Show has been cancelled for the second year in a row, but it’s not all bad news as the event is being reborn as Motor Bella for 2021.

It’s set to take place at the M1 Concourse in Pontiac, Michigan this September. Given the continuing pandemic, Motor Bella will be an outdoor event that is smaller in scale than the North American International Auto Show and only open to the public from September 23-26.

The change isn’t sitting well with Detroit Mayor Mike Duggan, who is apparently afraid the Motor City could lose the North American International Auto Show to Pontiac. According to The Detroit News, Duggan reached out to officials at the Big Three and sought commitments to hosting the event in Detroit moving forward. 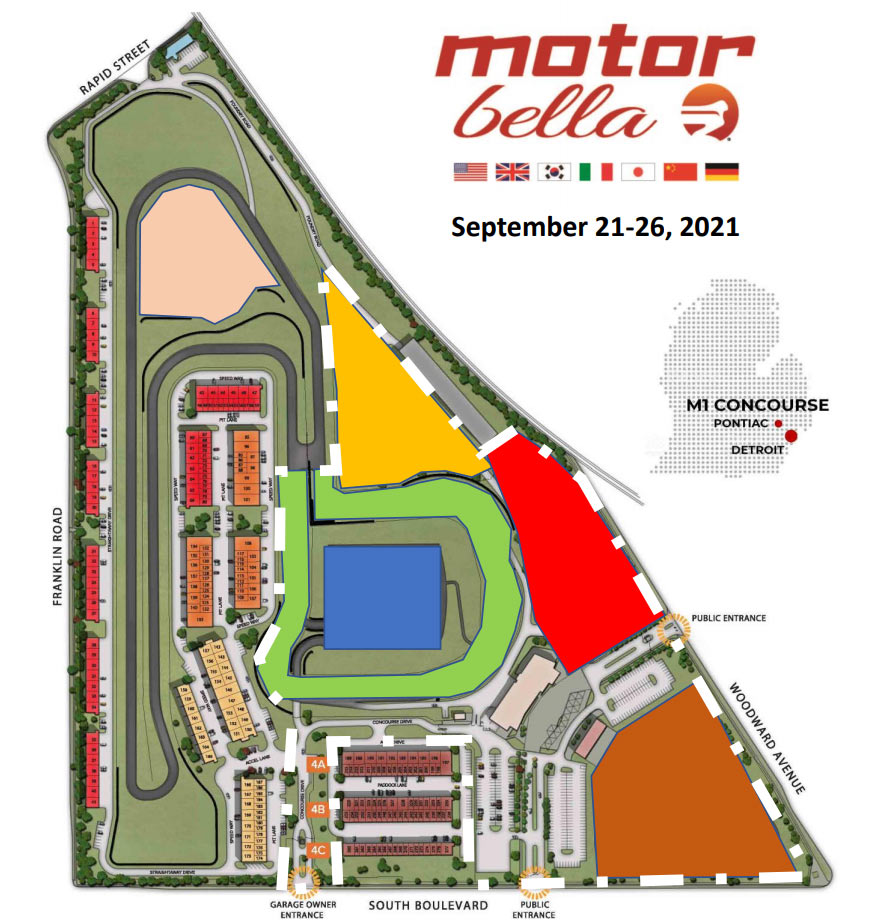 During a press conference, Duggan said: “Ford, GM and FCA have all made an absolutely solid commitment that they will not be supporting anything in Pontiac this year unless there’s an unequivocal commitment for the auto show to be back downtown next year.” This puts pressure on organizers to return to Detroit, but they’re not ready to commit yet.

NAIAS Executive Director Rod Alberts told the paper: “NAIAS is currently holding future dates with TCF Center from 2022 through 2026. We remain optimistic and hopeful that we could host an auto show in Detroit in the future.”  While that’s noncommittal, Alberts said they have received a “great deal of interest and support” for this year’s Motor Bella.

Duggan is obviously concerned about the future of the event, but he acknowledged “auto dealers were in a position where it was impossible to hold an auto show this year.”  As a result, he gets why a smaller event is being held in Pontiac.

The North American International Auto Show has seen declining automaker attendance for years and has been overshadowed by CES as well as the Los Angeles and New York Auto Shows. While a move to summer – and now September – was supposed to fix that, it left an opening for the rival Southeast Michigan Auto Show to host an event the Suburban Collection Showplace in Novi.