The new generation Audi RS3 Sedan was recently taken to northern Europe for more testing, ahead of its premiere which we believe will take place this fall.

Despite being partially wrapped in light camo, we can see that it features a new front bumper with larger air intakes over the regular A3 Sedan, wider fenders, bigger side skirts, more aggressive rear diffuser with cutouts for the oval exhaust pipes and a thin boot lid spoiler. 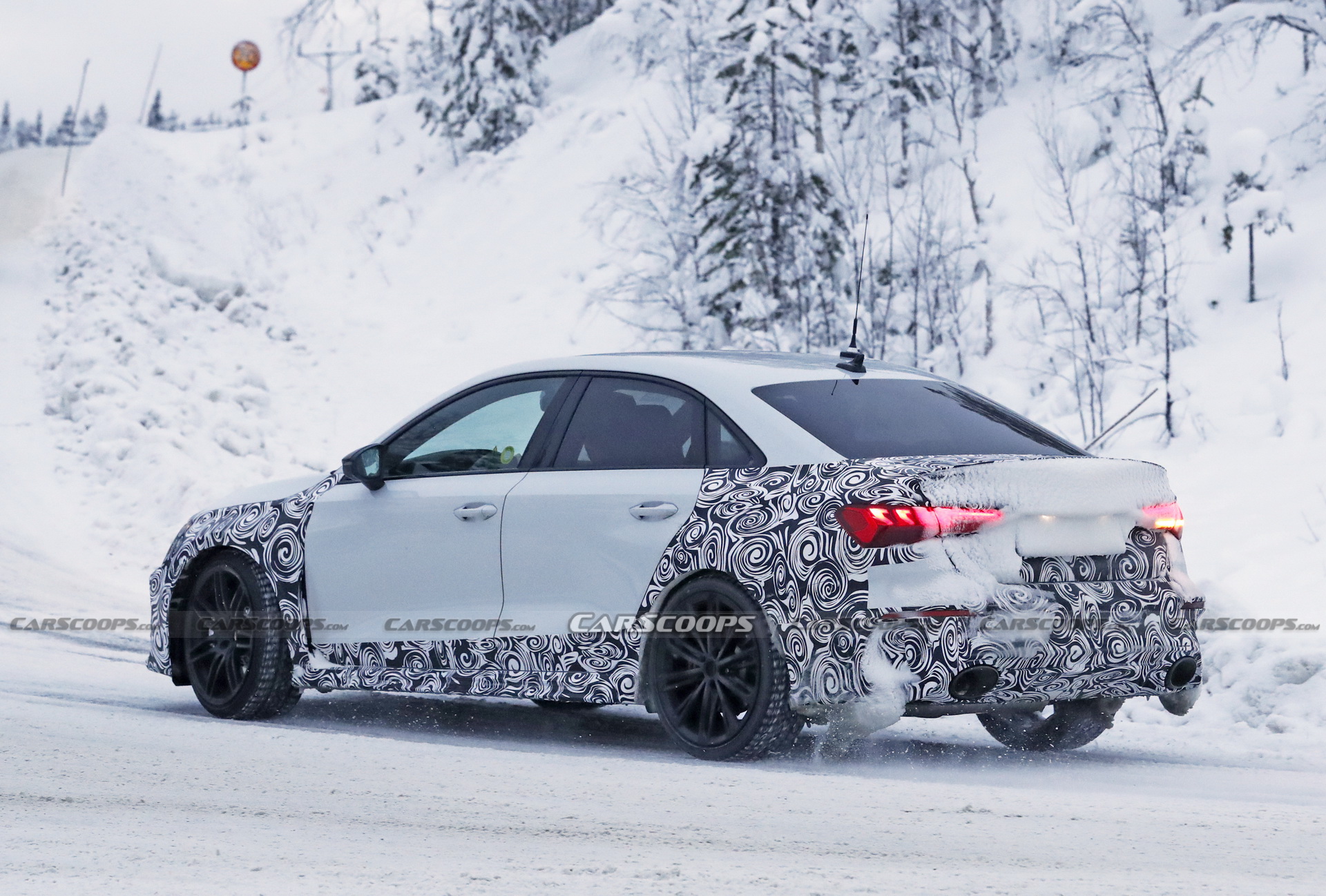 The wheels are identical to those on the RS3 Sportback prototype scooped right before the Winter Holidays, which will share the same design, mechanicals and probably the suspension set-up too. Both models will use an upgraded version of the turbocharged 2.5-liter five-cylinder engine, which might add a particulate filter in order to lower the carbon dioxide emissions.

The new RS3 Sedan is the one to keep an eye out for, as it will launch in the United States to take on the likes of the Mercedes-AMG CLA 45. The hot hatchback variant meanwhile will be kept on the other side of the Atlantic Ocean.