Chevrolet resurrected the Blazer a few years ago, but it’s far removed from its predecessors.

This left a sour taste in the mouths of fans, but we found the antidote in the form of this 1972 K5 Blazer restomod.

Set to be auctioned by Mecum next month, this particular SUV is a two-owner California special which has been stored since 1979. While there’s no word on why the Blazer has spent most of its life in storage, the model has been given a makeover that brought its original sheet metal back to like-new condition.

The model also appears to have been given a new two-tone paint job, which incorporates the original wood-grain accents. Other than that, it’s your typical K5 as there are chrome-plated bumpers, circular headlights and an egg crate grille.

Moving into the cabin, the original plaid seats and tilt steering column have been retained. They’re joined by new Dakota instrumentation, a Vintage Air air conditioning system and a RetroSound audio system. The latter looks original, but features Bluetooth connectivity.

One thing that certainly isn’t original is the 6.2-liter LS3 V8 crate engine, which develops 480 hp (358 kW / 487 PS). It’s connected to a new 4L80E four-speed automatic transmission and an a rebuilt 205 transfer case with a custom adapter. 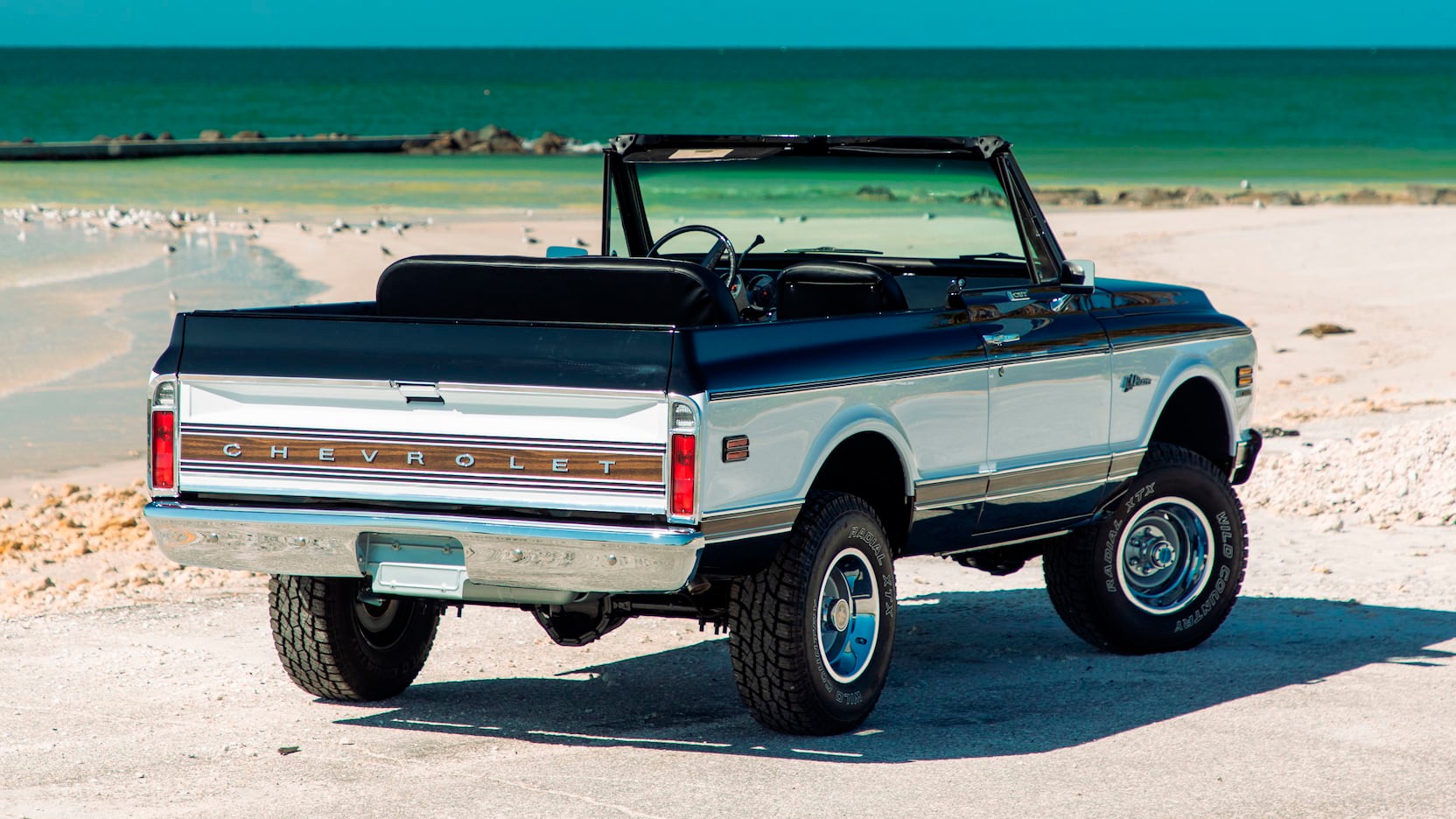 Sticking with the performance theme, the K5 Blazer sports new driveshafts, rebuilt differentials and KYB shock absorbers. The model has also been equipped with an upgraded braking system that features stainless steel lines as well as discs at all four corners.