The USA has finally got the fast Audi wagon they’ve been asking for for years with the new RS6. However, with a six-figure starting price, it might not be in everyone’s budget. That being said, if you want to get a taste of what Audi is capable of doing to a wagon (albeit not anywhere near RS territory), you might want to check out this 1991 200 Turbo Quattro Avant.

Found on Facebook Marketplace, this car is sale from a dealer called Classic Car Gallery in Connecticut, and is very unique to say the least. The car, one of around 150 said to have been imported in the U.S., is originally from Minnesota, but it has also spent time in Connecticut and California, and is now back in Connecticut. Its current seller, who reacquired it recently, is an avid Audi collector, having 17 at one point, and seems to have pretty good taste. 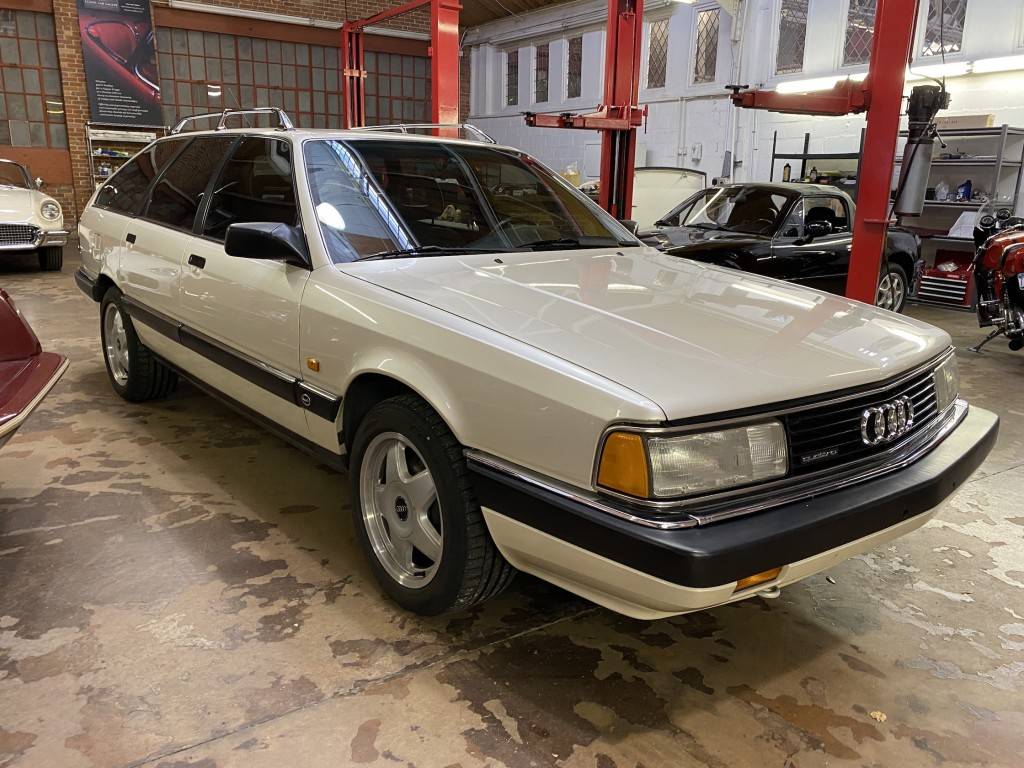 The 200 Turbo Quattro Avant was a unique car filling a unique niche. It wasn’t as slow as rivals’ base models, but also not as unbridled as something like an M5. It almost seemed like an S6 before the S6. Marketing the concept of a lukewarm performance wagon was likely hard to get across at the time, which is probably why not many of these exist.

This 200’s standout feature is its powertrain, namely Audi’s 2.2L 20-valve turbocharged 5-cylinder engine making 217 hp (220 PS / 161 kW) and 228 lb-ft (309 Nm) of torque that’s mated to a 5-speed manual transaxle. Those power figures might not sound like much by today’s standards, but they’re not bad either, and were very competitive when the car came out. 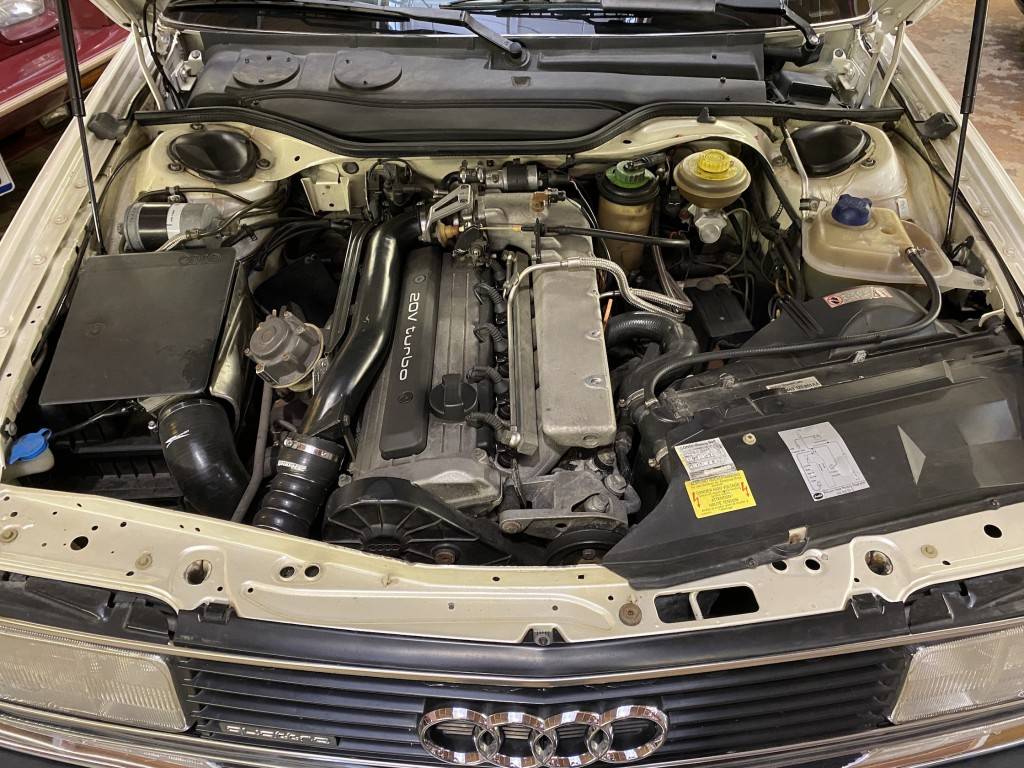 The car’s Pearl White Metallic paint appears to be in very good shape, and the seller notes only minor rock chips, but those are to be expected from a car of this vintage. The black leather interior seems to be in near-pristine condition, with no cracking to be found, just some minor wrinkles, which are again forgivable for the car’s age. The fact that its aesthetics have held up the way they did is very impressive, given the fact that it likely spent some time in Minnesota winters.

See Also: The Audi RS2 Is A Porsche-Built Amazing Oddity From The 1990s

Over the years, there have been some modifications done to the car, including ARP head studs, a SPEC clutch, Bilstein shocks, a Magnaflow muffler, and 16″ URS4 Fuchs wheels. The odometer reads 154,100 miles (248,000 km), but you’d almost never know just by looking at it. Despite its high mileage, the car is very well-maintained inside and out, having recently been fitted with a new O2 sensor, battery, fuel injectors, and turbo, while the head gasket and timing belt have been replaced. 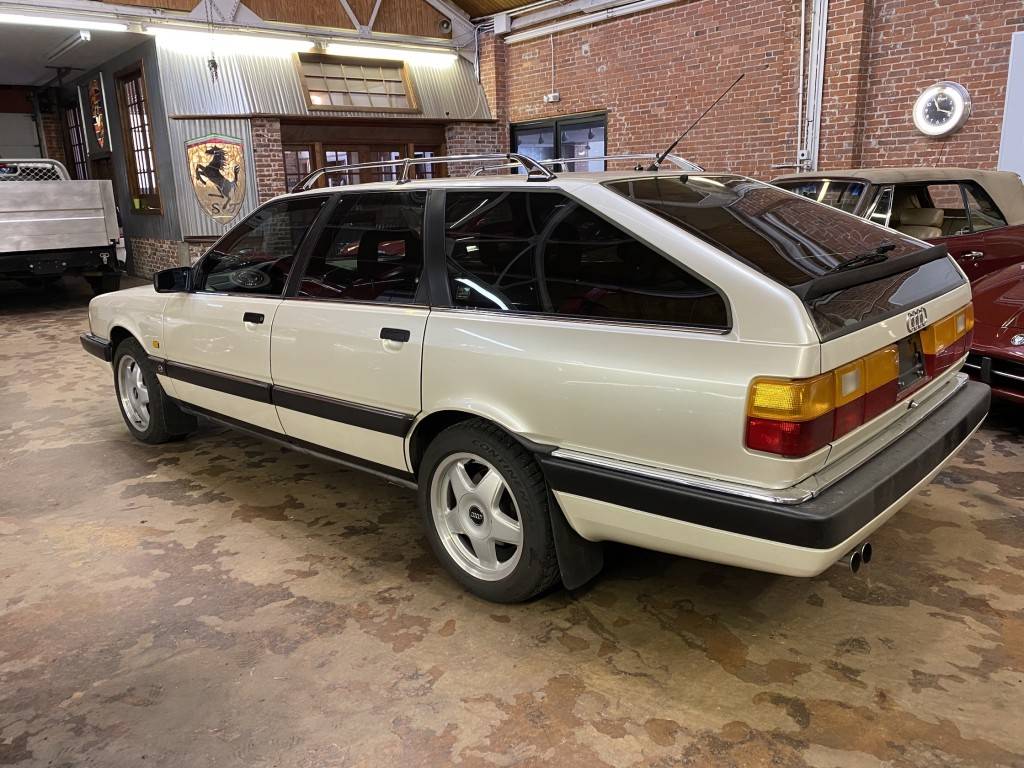 The $15,900 price tag might seem steep, but the seller says the car has been collector-owned its entire life and has been well taken care of, so potential buyers need not worry. It also comes with all factory books and manuals, as well as maintenance logs and service records from new.