On December 20th, a couple’s Audi R8 that they had just bought three months ago was stolen from outside their house in Newcastle, New South Wales, Australia. Their dashcam captured the entirety of the thief’s joyride on video breaking all sorts of laws in the process.

In the video, the thief is shown ditching his Ford Fusion for the couple’s Audi R8, where he then proceeds to drive it hard all around Newcastle. He shows a blatant disregard for road safety laws (although what do you expect?), and makes quite a few risky moves, including driving down one way streets, bottoming out over speed bumps and gutters, and illegally passing on blind corners, not to mention speeding as he often exceeded 160km/h (100mph).

The thief drives the car to his friends’ house, where we hear an error beep due to the overheated clutch, cooked brakes, and broken rear strut caused by his reckless driving. That rear strut eventually spelled disaster for the thief, as the tire marks left by the rear wheel dragging on the ground were exactly what the authorities used to track him down. Eventually, the thief is seen driving the car into a backyard, where he scrapes the wide Audi on the fence’s narrow gate.

And if all of that wasn’t bad enough, the total damage caused by the joyride was estimated by owner Luke to be around $100,000, according to Australia’s 9News. 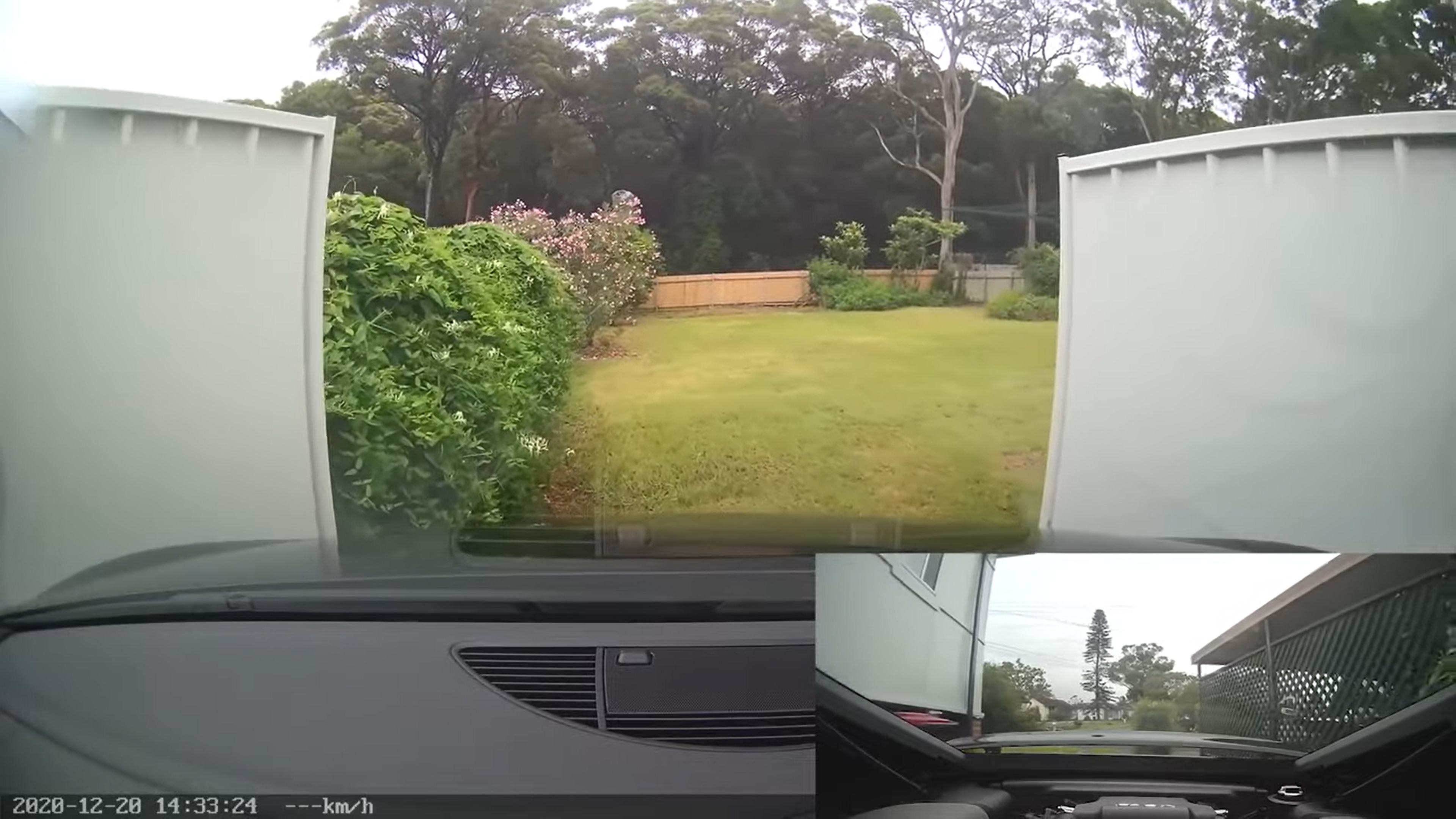 As soon as the couple realized their car was missing, they notified police and were able to track down the vehicle thanks to some helpful people on Facebook. As reported on DriveTribe, the owner of the car was quoted writing:

“On the 20th December, a man ran from an RBT on Scenic Drive- breaking into houses, jumping fences, and hiding from police. When he reached our house, he discovered the keys to our Audi R8 parked in the garage. This is the full dashcam footage of the gut wrenching 30 minute joyride he took before damaging the car beyond repair and dumping it at a property in Windale. It is an absolute miracle no one was injured with the erratic way this lowlife was driving our Supercar, and we were fortunate enough to find the car with the help of the Facebook community.”

Likely unaware of the dashcam, the thief looked like he believed he’d gotten away with it. However, three days after this whole ordeal took place, police arrested 49-year-old suspect Darren Johns on charges of car theft, reckless driving, unlicensed driving, and breaking and entering (to a house where he stole more than $60,000).

You can watch the 25-minute joyride for yourself below.