The first images of the upcoming McLaren Sabre have been shared online, and it appears to look almost identical to the renderings and patent images that have been circulating around.

KRN speed reports that the yellow Sabre belongs to Instagram user and avid car collector @ye11ow, who appears to have a history of owning McLaren’s most exclusive cars, being in possession of a P1, a Senna, a Senna GTR, and a Speedtail on order in addition to this Sabre. In addition to the McLarens, @ye11ow owns many special and limited-edition cars from various other high-profile marqes. To name a few, he owns a Pagani Huayra BC, Ferrari LaFerrari (coupe and convertible), Ferrari Enzo, Ferrari F60 America, Porsche Carrera GT, and Porsche 918 Spyder, and that’s only scratching the surface.

The McLaren Sabre, codenamed BC-03, is said to be based on the Senna, and is rumored to be incorporating hybrid components along with the former’s 4.0L twin-turbocharged V8. We can reasonably expect power from the whole system to be north of 1,000 hp, thanks to what we know about the Speedtail’s hybrid powertrain, although nothing has been confirmed yet.

The vehicle’s styling seems to be based heavily on the Senna GTR and the McLaren Ultimate Vision Gran Turismo concept, having the enormous wing and diffuser combo that both cars share, as well as a black, likely carbon fiber version of the Vision Gran Turismo’s fender extensions.

There’s been no word on pricing, but it is likely to be at least seven figures given the cost of other exclusive McLarens. If rumors are true, however, it’s probably a moot point, as there would allegedly be only up to 15 Sabres being produced, and it’s likely that most, if not all of them, are already spoken for.

What are your thoughts on the upcoming McLaren Sabre? Let us know in the comments. 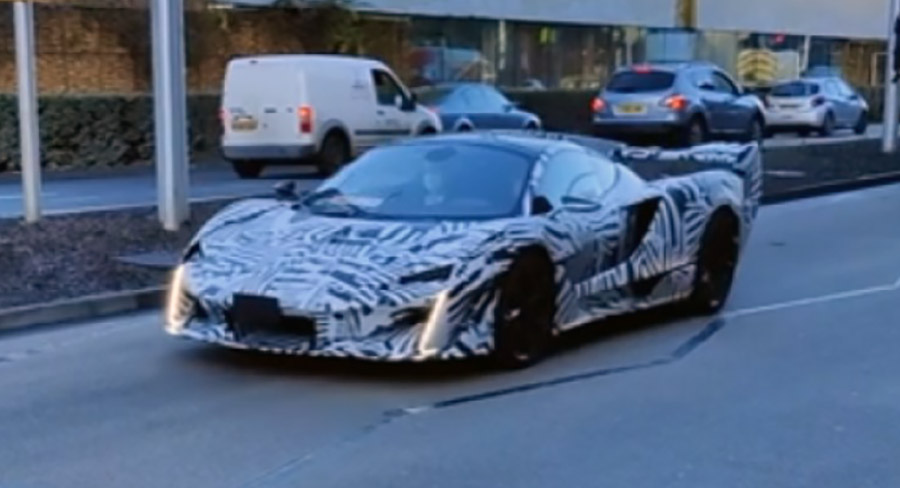