Rimac Automobili has officially started the preproduction phase of the C_Two electric hypercar, with the build of the six examples now underway at their facilities in Veliko Trgovišće, Croatia.

Rimac’s new production line has already been used for building the first 12 experimental and validation prototypes, which were then used for crash testing and further development. 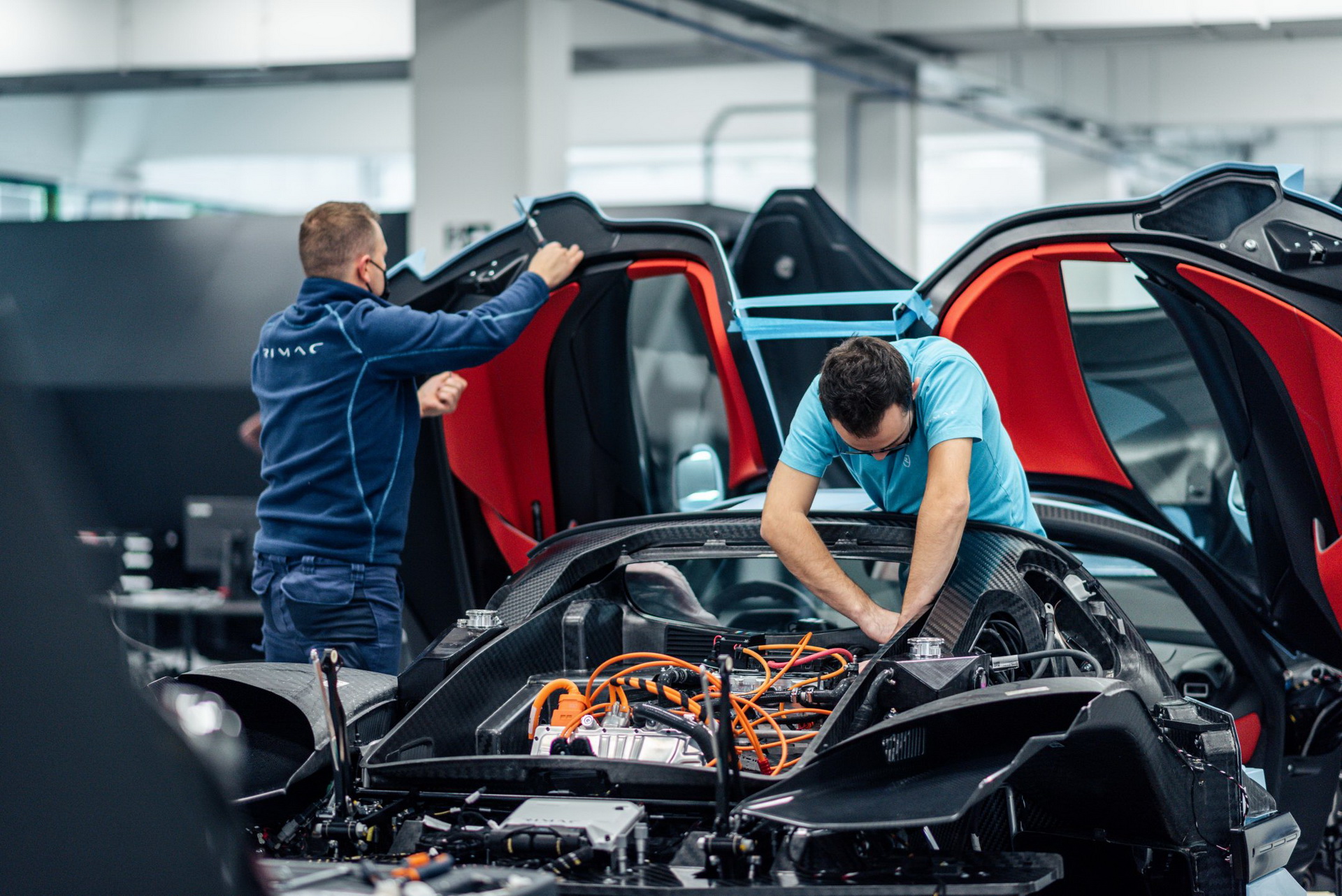 The company’s six preproduction examples of the C_Two electric hypercar will be subject to final tweaks before the full-scale production launch, and that includes homologation tests, durability tests, trim experimentation, NVH, and global product evaluation.

Each of the six C_Two preproduction cars takes around eight weeks to be completed, which is half the time compared to the methods used before Rimac established its new production line. At full capacity, Rimac will be able to build four production examples per month.

The Croatian firm has also created custom jigs to ensure that all the components required, including the Rimac-designed-and-built 120kWh liquid-cooled battery pack and powertrain, can be fitted seamlessly and at a high standard consistently.

“After thousands of virtual simulation hours, years of design and engineering, and many rough and ready prototypes, it’s a very special feeling to see pre-series cars now making their way up our production line,” said Mate Rimac, Founder and CEO of Rimac Automobili. “This is the clearest sign yet that the C_Two is almost here, and we can’t wait to deliver the cars to our customers in 2021 and to showcase it all over the world.”

Once the company completes the static tests, all preproduction cars will be tested on a dyno, to test the 1,914HP electric powertrain and the brake system. Then the cars will be subjected to road testing, where the engineers will check for wind and powertrain noise, as well as go over the interior for any unexpected vibrations, including any squeaks and rattles, to eliminate them.