As the somewhat abashed owner of a Hurst cue ball shift knob, I fully appreciate and understand the impulse that could lead you to buy Custom Cre8ions’s fake velocity stacks. Even I, though, would blanche at the price tag.

The engine cover has been designed to look like the velocity stacks that topped the engines of classic race cars like the original GT40. It installs with just four bolts that, according to Custom Cre8ions are “easily accessible” and the whole install should take just 5 minutes.

According to a Facebook post by Custom Cre8ions, the team had created these fake velocity stacks as a lark. The response was so strong, though, that they applied for a patent and are are going to start selling them.

Read Also: The 2020 S6 Has The Most Infuriating Fake Exhausts

Since velocity stacks are pretty old technology, it might be a good time to look into how they work. Often associated with Weber’s carburetors and classic race cars, the trumpet-horn shape of the “stacks” allows air to feed into the engine better.

The idea is basically that the air slides into the horns and sticks to their sides, creating a laminar flow. That basically means that the airflow is smooth, like when you get the pressure just right on the hose and the water comes out looking almost invisible. 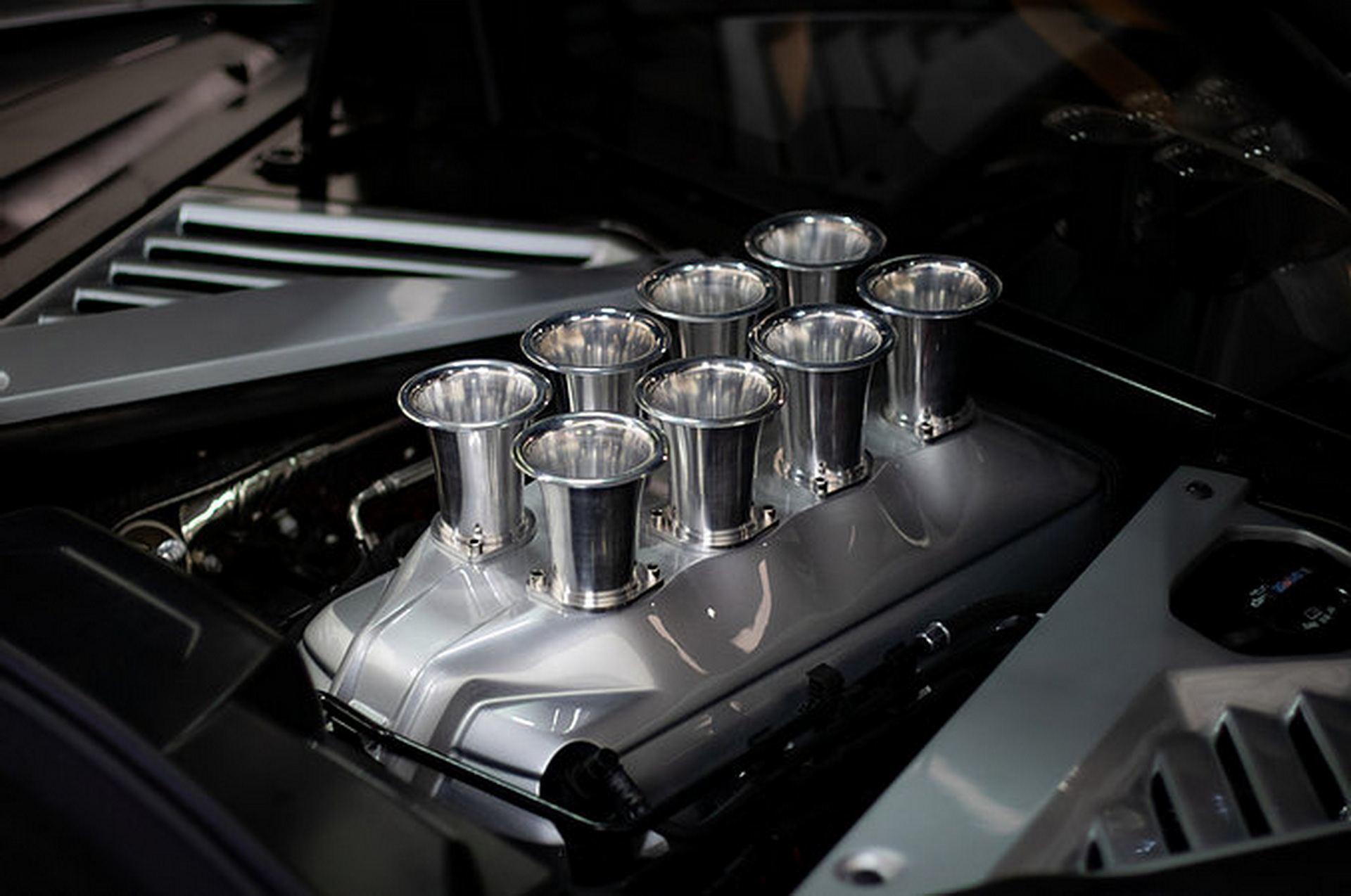 Engineers and people who are generally smart can use the length and width of the horns to generate more power and feed the air into the engine more optimally. It’s actually much more complicated than that, but the effect is more power.

These, though, do nothing except look kind of cool. I know that they’re a lot like fake vents except worse because you actually spent time and money putting them on the car, but all you’re getting rid of is a useless and boring engine cover, anyway.