The 2021 Audi RS3 Sportback has been spotted winter testing in the snow with very light (yet climate appropriate) camouflage, giving us a good glimpse at what the upcoming model will look like.

This is not the first time a lightly-camouflaged RS3 prototype has been spotted before, having seen the sedan version in an eye-catching Lamborghini-green hue with a similar level of camo at the Nürburgring back in September. The car now appears to be getting put through its paces in more inclement conditions. 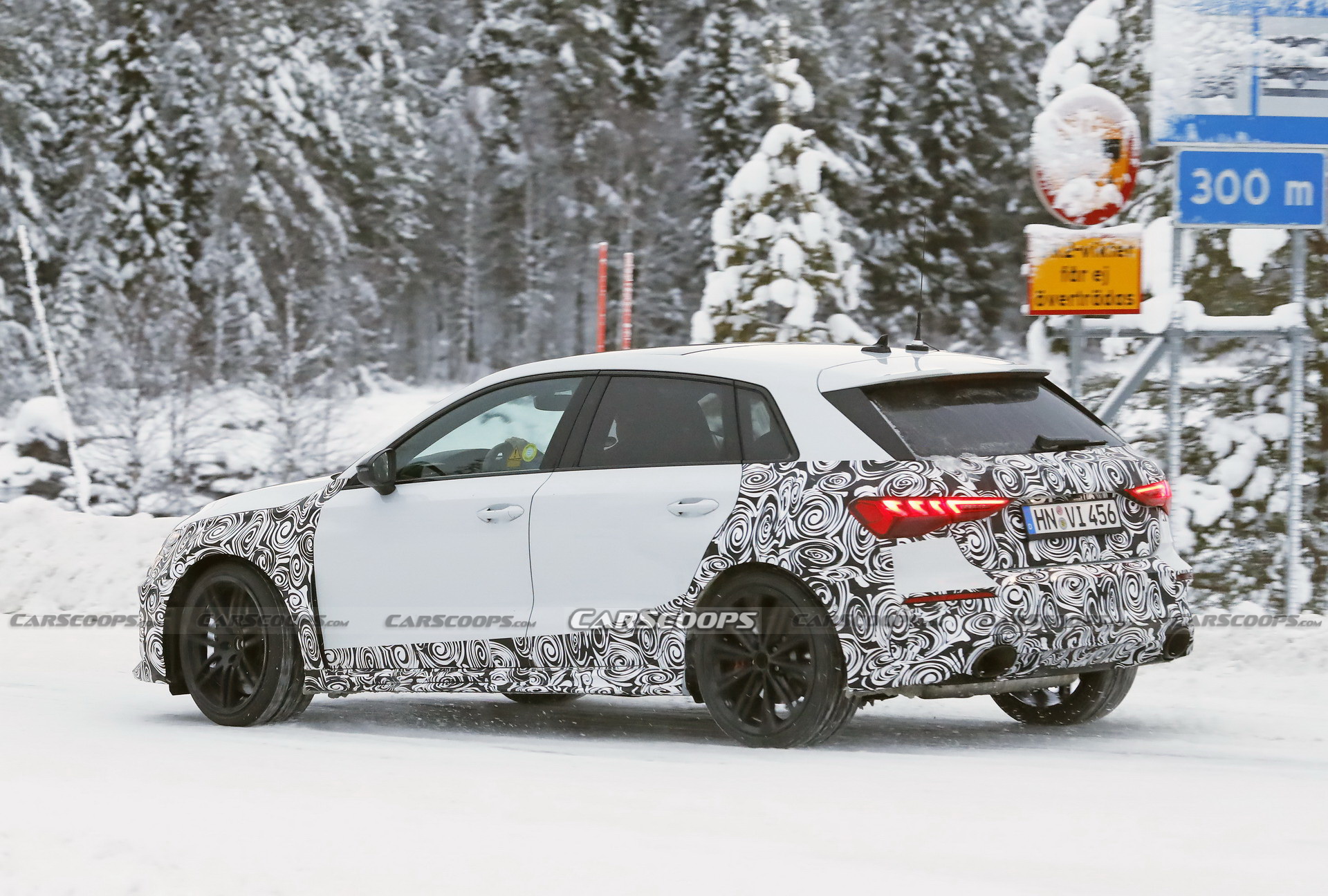 Some things that stand out on the vehicle’s exterior are its fenders, which sport a significant widening over the standard A3 and S3. It also presents larger brakes, lower suspension, and large oval exhaust tips, all of which are to be expected of an Audi RS model.

As far as the interior goes, expect a more tech-heavy design similar to Audi’s current offerings, with a large center screen performing many of the vehicle’s functions, as well as more heavily-bolstered sport seats and a sportier steering wheel.

Slated to be released in the first half of 2021, the new RS3 is set to retain the brand’s deliciously sounding 2.5L five-cylinder turbo engine, albeit with some updates. We expect it to receive a small bump in power over the current RS3, with some sources pointing to around 420 HP for the standard RS3 and up to 450 HP for the RS3 Performance  edition. The hot hatch is likely to improve on its RSQ3 cousin’s 4.5 second 0-60mph (0-100 km/h) time and possibly its 174mph (280 km/h) top speed, although it should be noted that the latter is traditionally limited electronically to 155mph (250 km/h)

Read More: The 2021 Audi RS3 Sedan Is Getting Ready To Hunt Down Mercedes AMG’s CLA 45

It is unlikely that the new A3 Sportback will come to the United States, meaning that chances of an RS3 Sportback for the first time stateside are near zero. But on the bright side, the new RS3 sedan will be crossing the Atlantic next year.

What are your thoughts on the new RS3 Sportback; do you think Audi should reverse its decision on the hatchback version and bring it State-side along with the regular A3 Sportback? Let us know in the comments.