Seen as how it’s a Volvo product, the Polestar 2 EV fastback is well adapted to handle darkness, whether it’s by night or by day (you get both in Scandinavia).

Its main tool in such scenarios is its advanced lighting technology, such as the Pixel LED headlights or the adaptive rear lights, both of which give the model a distinctive light signature that’s easily recognizable. Let’s put it this way, you definitely won’t mistake it for a Tesla.

“When you drive Polestar 2, especially in the dark, you really understand how much this technology increases safety,” said company CEO, Thomas Ingenlath. “LED lighting also allows for creativity, and the light signatures we have designed are unmistakable. They are distinctive and people will know you are driving a Polestar.”

The Pixel LED headlights are available as standard at launch, featuring the carmaker’s active high beam technology, as well as a “welcome sequence” which is activated when the ‘2’ is unlocked. There are a total of 84 individual LED pixels forming a matrix in each lamp, where each LED is controlled individually. 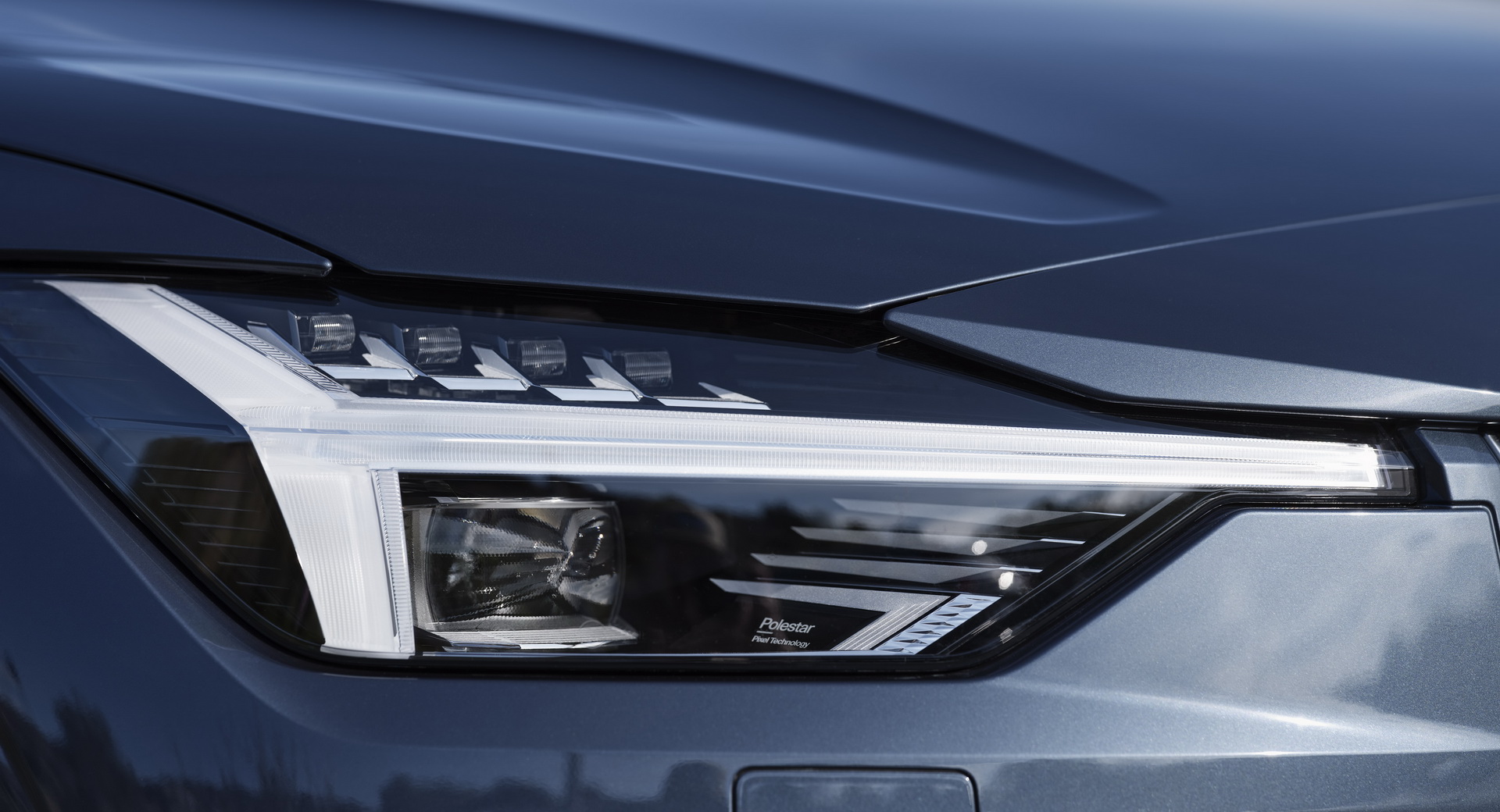 This allows the light units to steer clear of up to five leading or oncoming vehicles while in motion. The driver can therefore keep the lights on high beam (without having to worry about switching between modes), which in turn allows for maximum forward visibility.

Last but not least, the taillights, which feature 288 LEDs in a distinctive full-width wrap-around pattern, offering both welcome and farewell lighting sequences. The rear light bar’s adaptive lighting tech promotes increased brightness during the day, while at night the LEDs automatically dim so as to not dazzle trailing drivers.