The impact of the COVID-19 pandemic continues to leave its mark on the automotive industry, as in the first 11 months of the year new passenger car registrations dropped by 25.5 percent in the European Union.

Sales plummeted from almost 12 million to around 9 million from January to November compared to the same period in 2019, with the biggest drop, 35.3 percent, recorded in Spain. Sales in Italy and France went down by 29.0 and 26.9 percent respectively, and Germany saw a 21.6 percent decrease. 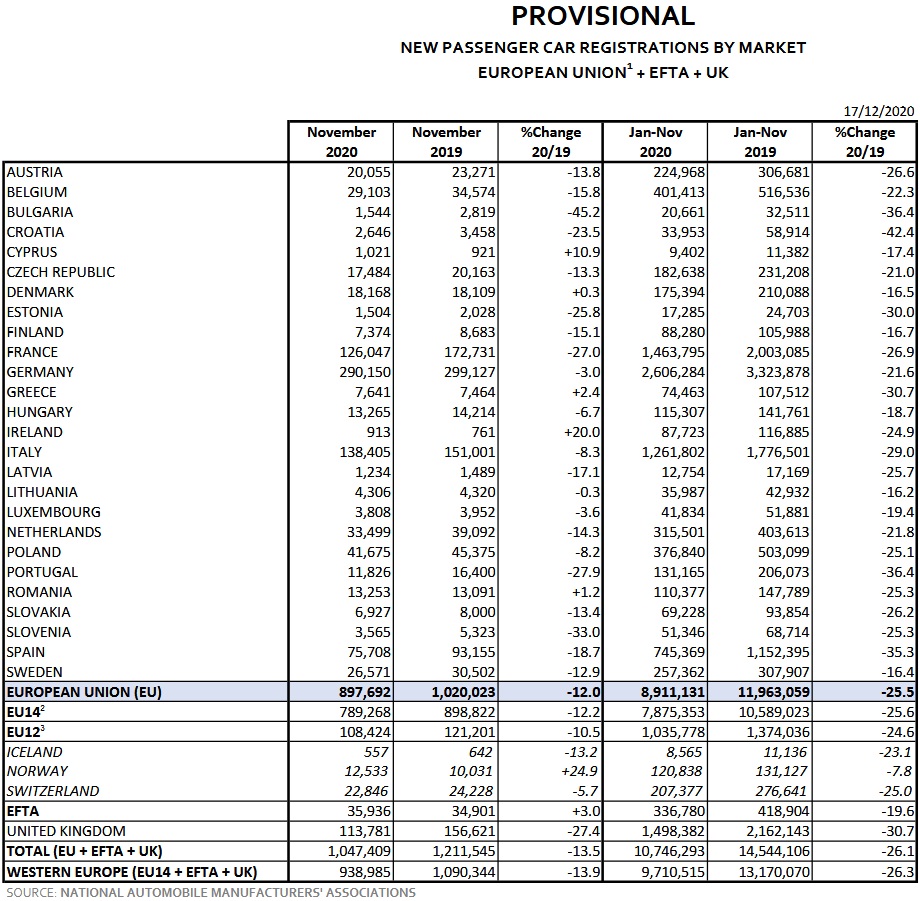 According to the ACEA (European Automobile Manufacturers Association), new car registrations in the European Union dropped by 12.0 percent in November, to 897,692 units. This is attributed to the measures introduced by governments to contain the second wave of the pandemic. In France and Spain, sales dropped by 27.0 and 18.7 percent respectively last month compared to November 2019, while Italy and Germany posted losses of 8.3 and 3.0 percent respectively.

The Volkswagen Group holds the biggest market share year-to-date, as in the first eleven months of the year they sold almost 2.3 million passenger cars. The PSA Group follows with almost 1.4 million vehicles, and the Renault Group sold just a little over 1 million vehicles. The Hyundai Group barely scratched the 635,000-unit mark, and the FCA Group recorded 590,000 sales. The BMW Group, Daimler and Toyota Group posted between 580,000 and 506,000 new car registrations. Ford, Volvo, Nissan, Mazda, Mitsubishi, Jaguar Land Rover and Honda complete the chart, in this order. 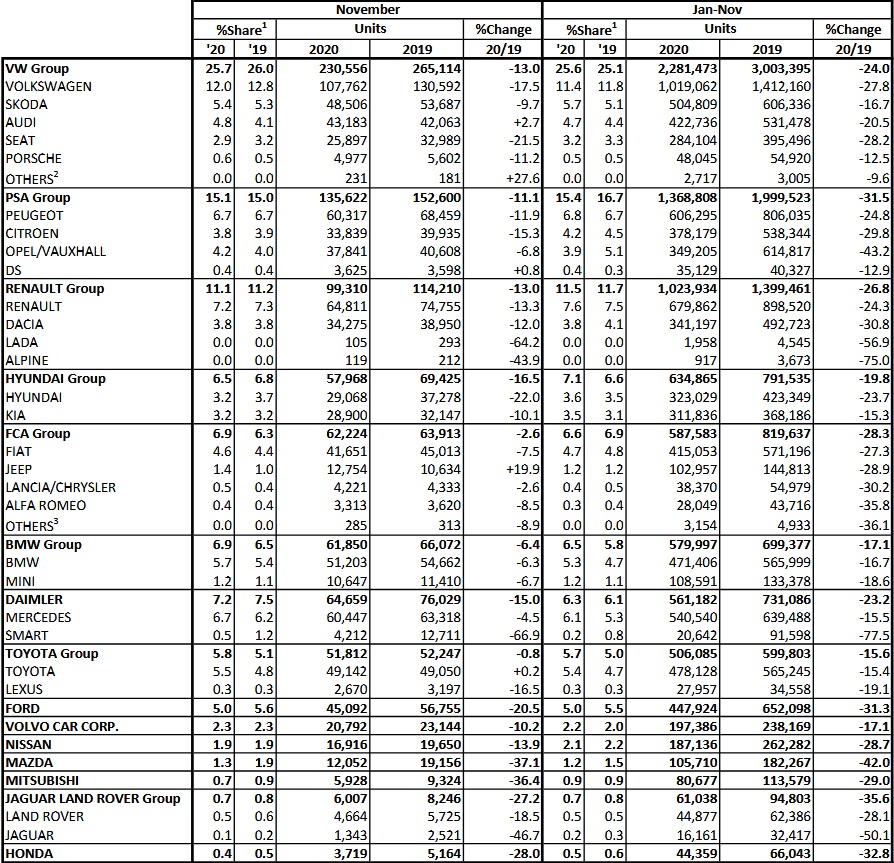 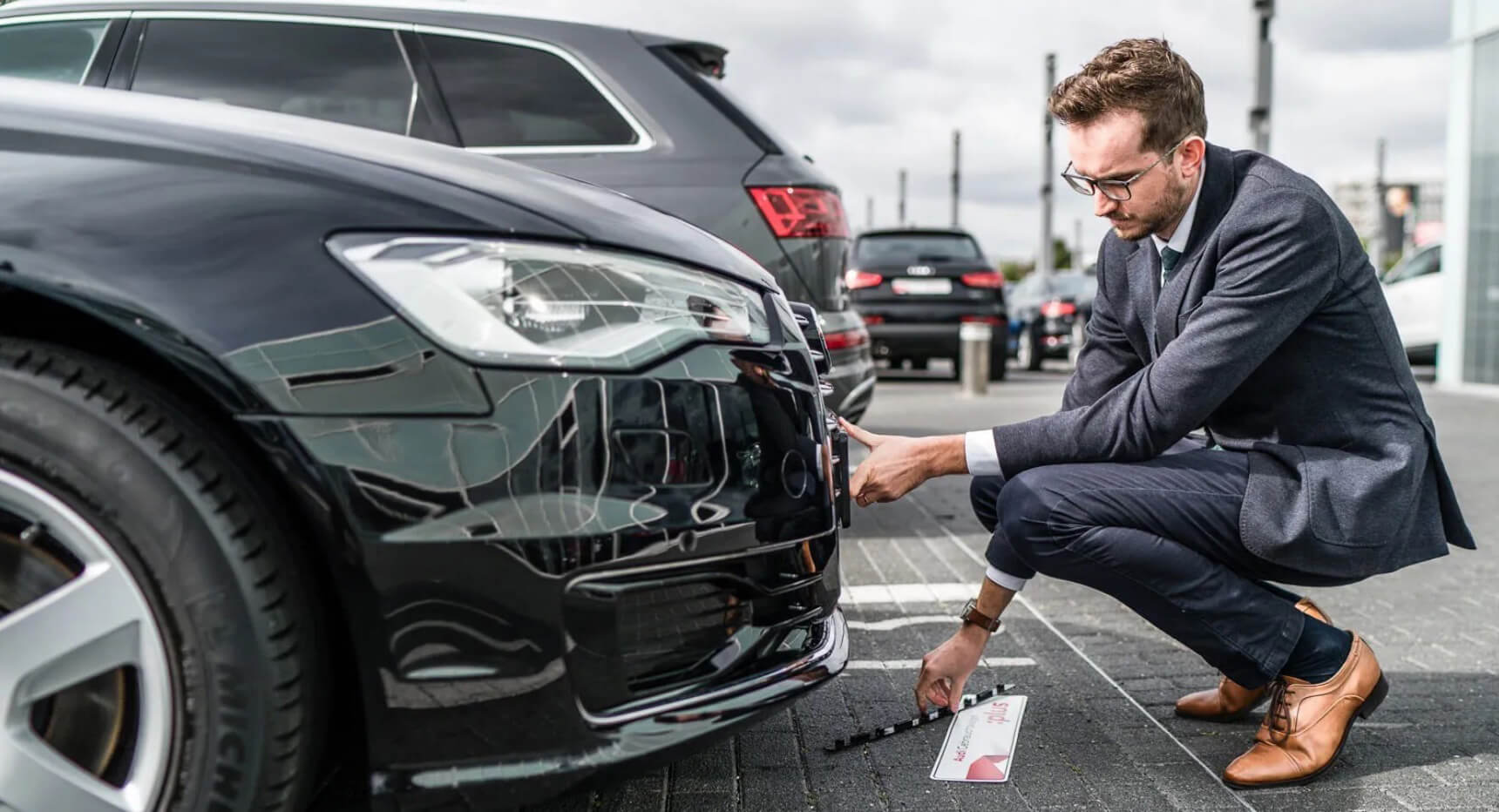