Lamborghini’s Polo Storico division, which is charged with restoring some of the automaker’s finest cars ever, isn’t interested in perfection.

Since being established, Polo Storico has restored 98 classic Lamborghinis. Most take roughly 18 months and cost upwards of $450,000 to complete. Despite the time and money needed to restore a car through the program, Polo Storico boss Paolo Gabrielli cares more about mimicking how the car originally left the factory rather than making it perfect by modern-day standards.

“[The car] must be slightly imperfect, like it was,” he told CAN Luxury in a recent interview. “My task to you as a customer is to bring back the car as it was produced. If there are little defects that were present at the time, it’s fine with me.”

Read Also: Lamborghini Restored A Breathtaking Miura SVJ, One Of Only Four Ever Made

“To make a 100-percent perfect car, it’s easy, but if you want a perfect car, it’s not authentic. If your restored car has perfect, perfect paint, you are making a fake. It’s about the little details that are not perfect. At the time, they were not so precise on some details, because it just didn’t work like that,” he added.

Lamborghini’s restoration division is so committed to this philosophy that when reprinting original owners’ manuals, it doesn’t fix any of the spelling and grammatical errors of the originals.

According to Gabrielli, the fact that Lamborghini models of yesteryear were almost entirely constructed by hand means no two are identical. For example, bodies were shaped entirely by hand and hammered over a wooden mold, which would lead to imperfections.

Sourcing certain parts is also a big challenge, especially since many original suppliers have gone out of business. As such, Polo Storico will look to source unmolested vehicles and then reverse-engineer any part they may need. The division will even look up a vehicle’s production sheet to work out what car had what imperfections when it left the factory.

“To make a perfect car, it’s easy,” Gabrielli adds. “There’s no human touch, nothing. To recreate those hand-made surfaces, it’s much more difficult. And that’s the difference we make.” 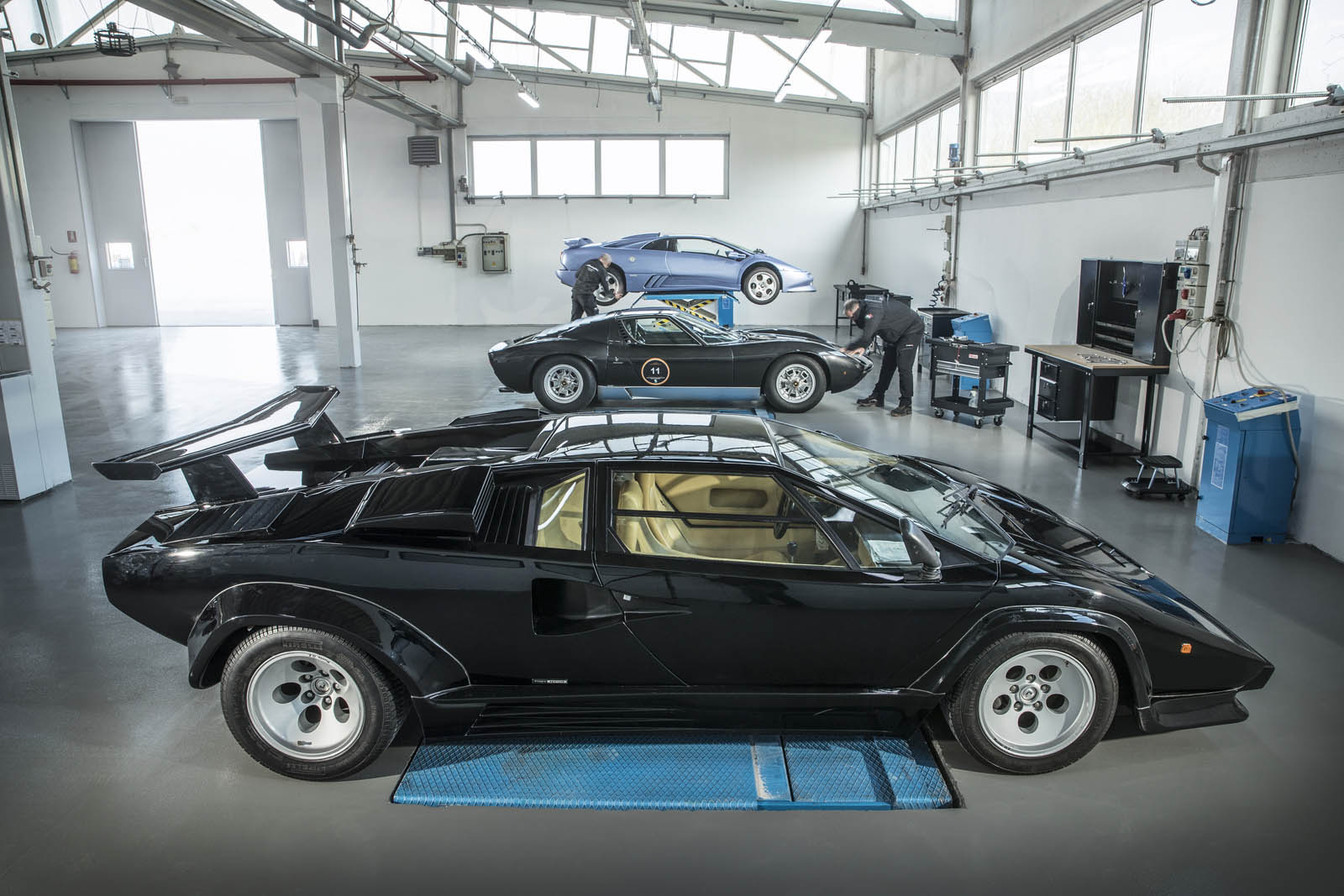