It’s only been a couple of months since our first sighting of Skoda’s sportier-looking “coupe” iteration of the new Enyaq iV electric crossover, itself introduced earlier this fall, but the Czech company has already started yanking the camo off its prototypes.

The Kodiaq-sized electric model which may or may not adopt the “Coupe” moniker follows in the footsteps of the standard Enyaq but adopt a sportier design with a sloping roof which is more in keeping with last year’s Vision iV concept. [Updated 12/20/2020]

The front end of the Enyaq iV Coupe carries over from the standard model, but along with the more rakish roofline, the rear is also completely new. Details are hard to make out on the covered parts, but we can see a sportier greenhouse and an upward sweeping beltline.

Also Read: Skoda Enyaq iV Is An Electric Crossover With Up To 317 Miles Of Range

The model also has an angular rear window and an upright tailgate with an integrated spoiler. We can also see a new rear bumper which houses a recessed license plate area.

Spy photographers didn’t get a glimpse inside, but the cabin will likely echo the standard Enyaq. This means we can expect a minimalist interior with a digital instrument cluster, a ‘floating’ center console and a 10- or 13-inch infotainment system. There should also be eco-friendly upholstery and an assortment of familiar driver assistance systems. 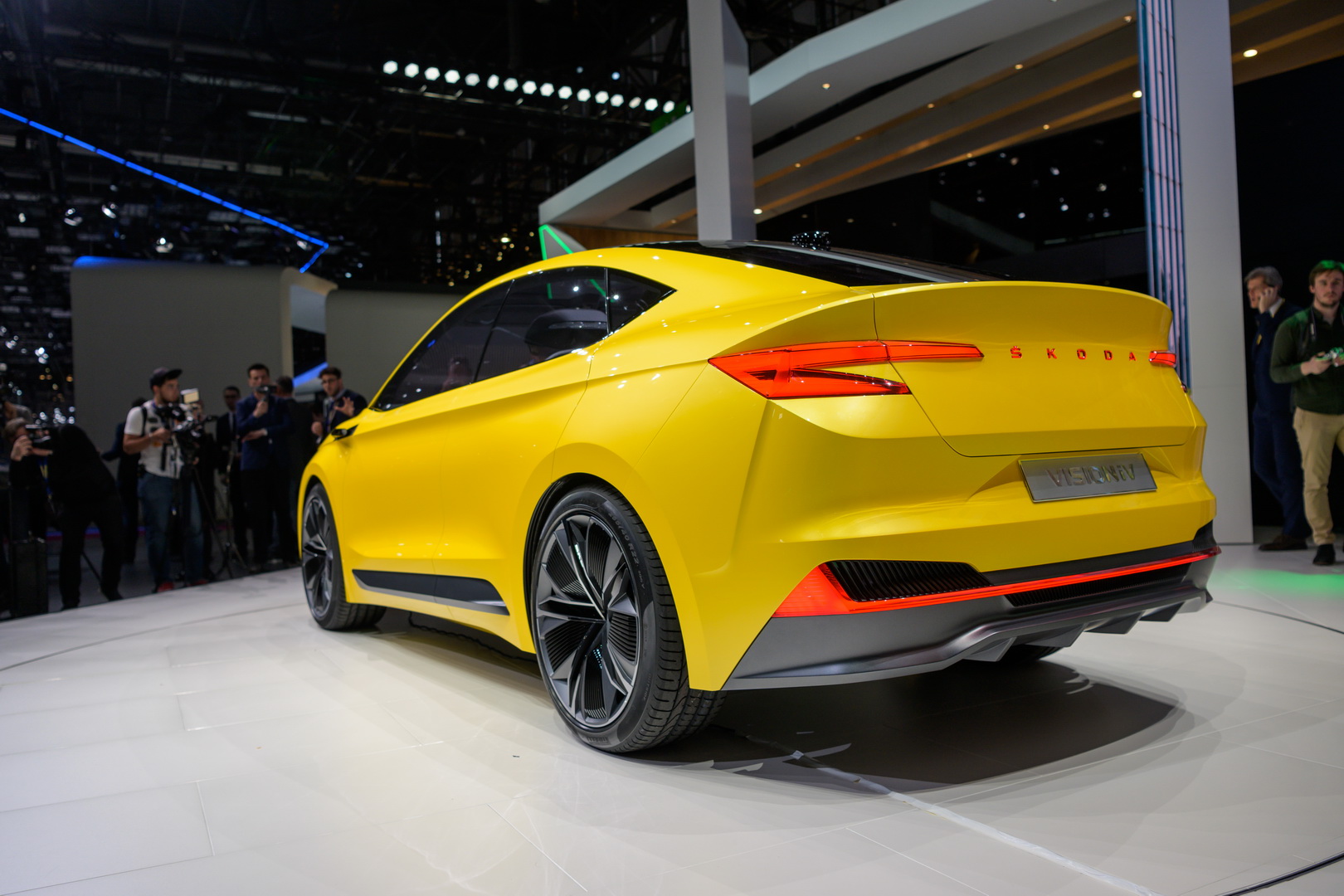