With several world governments looking to ban internal combustion engine cars sometime in the next 10-15 years, there’s one piece of tech that will likely endure a relatively short lifespan by industry standards, although the case can be made for it already being obsolete.

I’m talking about digital gauge clusters, the screen behind your steering wheel that tells you how fast you’re going, how much gasoline you have left, engine temperature, revs and so on.

In the past, it was a crucial part of the dashboard and it would be nonsensical to try to discredit that. However, as tech advancements have progressed over the years, carmakers have begun rolling out unnecessarily spectacular screens for displaying simple information.

There are two factors at play here. One, as fully electric vehicles take over the industry, there will literally be no need for drivers to check their rev-counter, as their simply won’t be one. The second factor is how far head-up display technology has come, where any type of gauge cluster info can now be projected onto the windshield – which is a much better solution.

Now, before you say that you can’t have a cluttered windshield with all sorts of information displayed onto it, consider the Tesla Model 3, which has neither a gauge cluster nor a head-up display. 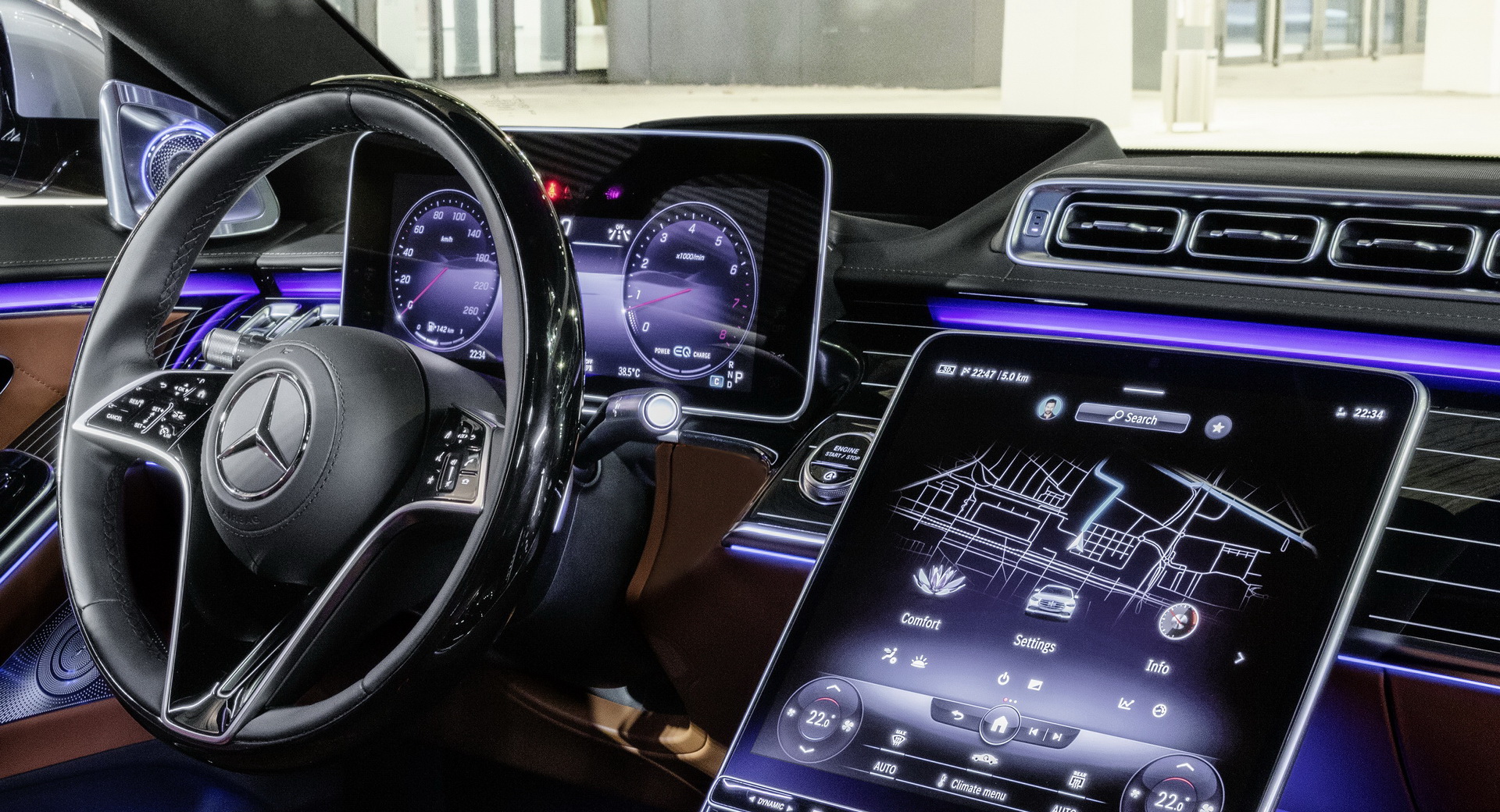 The only argument in favor of the gauge cluster remains a visual one. Car companies would have to completely redesign their interiors in order to eliminate it. Look at the 2021 Cadillac Escalade for example, with its massive curved OLED screen. Half of the information it holds could easily be transferred to the head-up display (which it has), while the other half could reside further to the right, on the infotainment screen.

Same for the all-new Mercedes S-Class and its stunning MBUX system. Nothing against the portrait-oriented 12.8-inch OLED touchscreen in the middle, but the 12.3-inch digital gauge cluster? The new S-Class even has one of these cool new augmented reality head-up display systems, rendering the previously-mentioned screen pretty much redundant.

If you think about it, the HUD is even more of a threat to the digital screen than the booming success of electric vehicles, because tachometer or not, you can always choose to have a screen behind the steering wheel if you want to. But advancements in HUD tech will make it harder for carmakers to justify having something there occupying precious real estate.

How did we get here?

Head-up display technology has been around for a long time in the automotive industry – a lot longer than most people might think. Initial units began popping up in the late 1980s on various GM products. Nissan also offered a HUD on the 240SX for a few years, while the first-ever color HUD made its debut on the C5 Chevy Corvette in 1998.

More conventional systems, closer to what we see today, followed soon after, and Cadillac’s HUD system on the 2003 XLR is a perfect example. However, it was BMW who truly pioneered this technology, with widespread implementation on the E60 5-Series (see below). 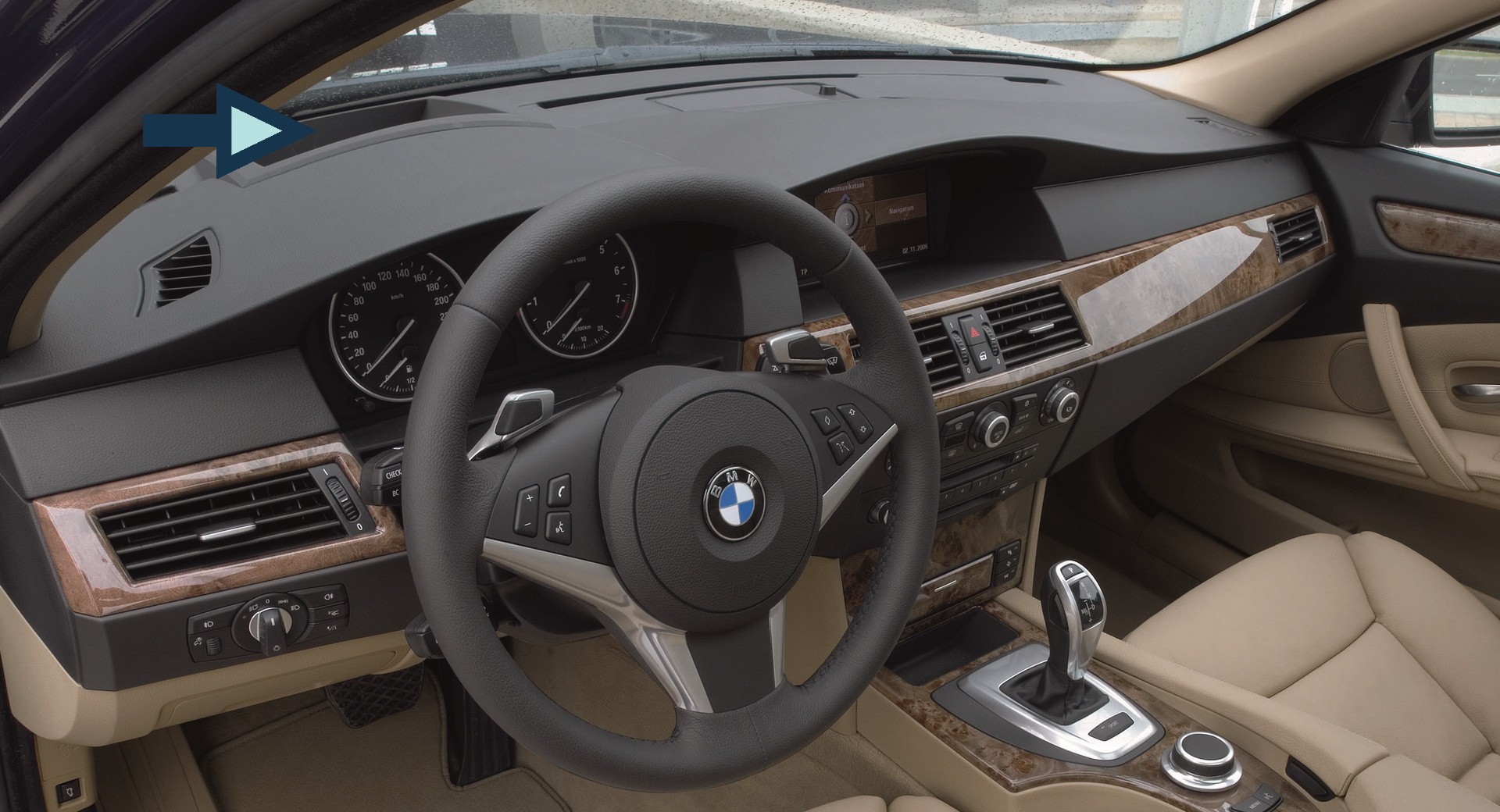 Then came slightly less inspired applications, such as Mazda’s retractable HUD screen, before more and more carmakers began implementing proper systems, the type that reflect in the windshield, on new and generally high-priced models. Thankfully, times are changing, as VW saw to prove with the ID.3 and ID.4, mainstream non-premium models that can be equipped with state of the art augmented reality HUD tech.

Is there such a thing as too much information?

When it comes to your line of sight, the answer is yes. However, the people who engineer these systems are well aware of that, and one obvious solution is to keep projected info to a minimum unless you’ve already engaged the car’s automated cruise control function.

In any case, the goal is to keep vital info in the driver’s visual field, which is generally located within 20 degrees above or below the vertical meridian of your gaze, and 60 degrees on either side of the horizontal meridian. Flash anything beyond these boundaries and the driver will have to move his or her eyes in order to process the information.

What if I miss my gauge cluster?

People usually adapt very quickly to changes in the car industry, and those of us who automatically glance at our gauges when we get in the car do it because we’ve been conditioned to ever since we took our first driving lesson – just think about how we automatically look at the rev-counter whenever we start our cars in the cold.

Alas, freeing up your cockpit’s real estate is a good thing, and the less we’re forced to look at information below our line of sight, the better. On the other hand, gigantic infotainment systems are definitely here to stay, for better or worse. 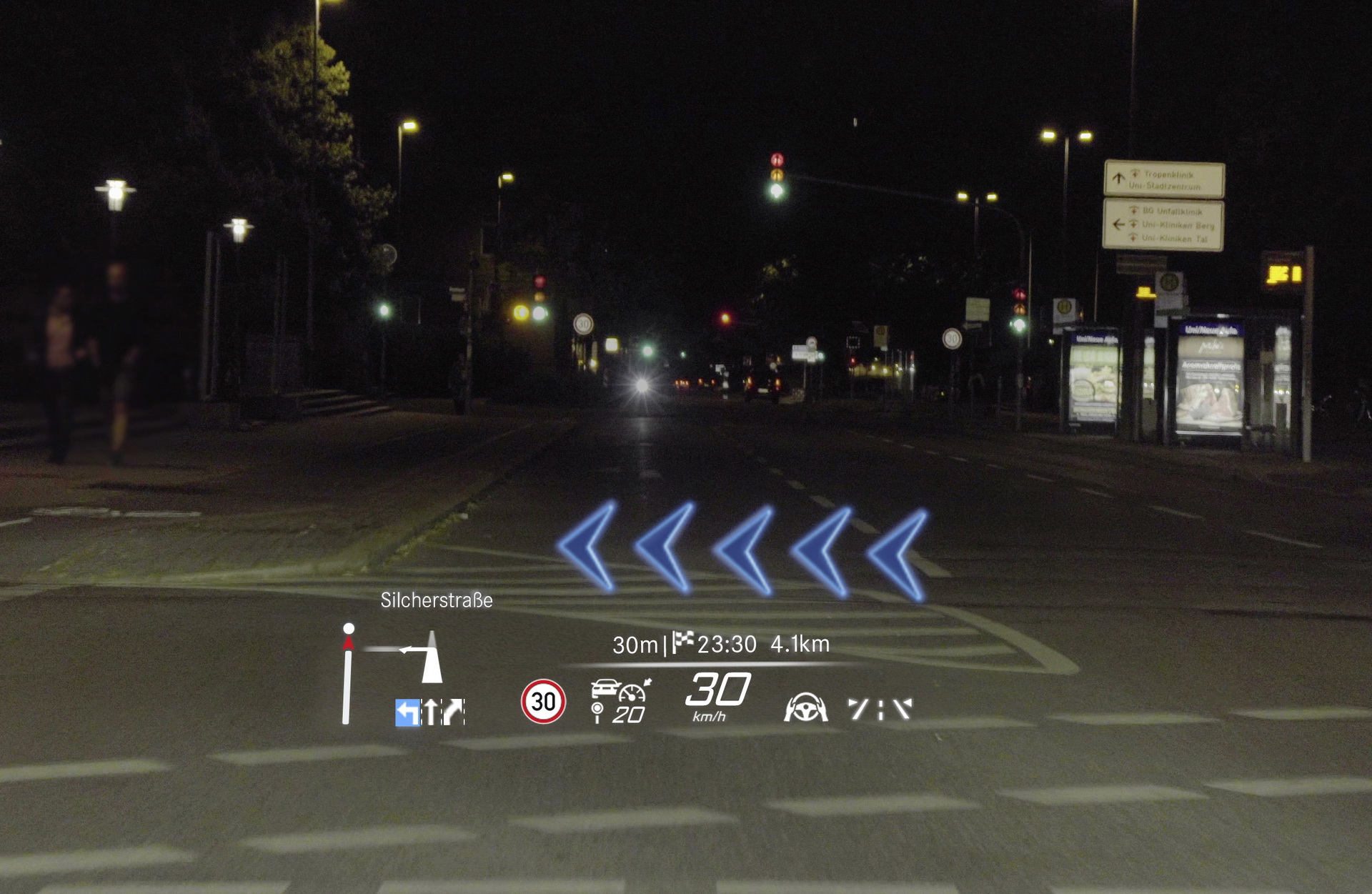