In all likelihood, you’ve never thought about buying a car that has been used for crash testing. However, right now two of them are up for grabs.

As discovered by The Drive, a yellow 2018 Ford Mustang and a maroon 2018 Mustang are being sold by GSA Auctions after they were crash-tested by the NHTSA. Both are located in Buffalo, New York. It goes without saying that neither of these two cars can be repaired and driven on the road. So why would anyone want them? For parts, of course. 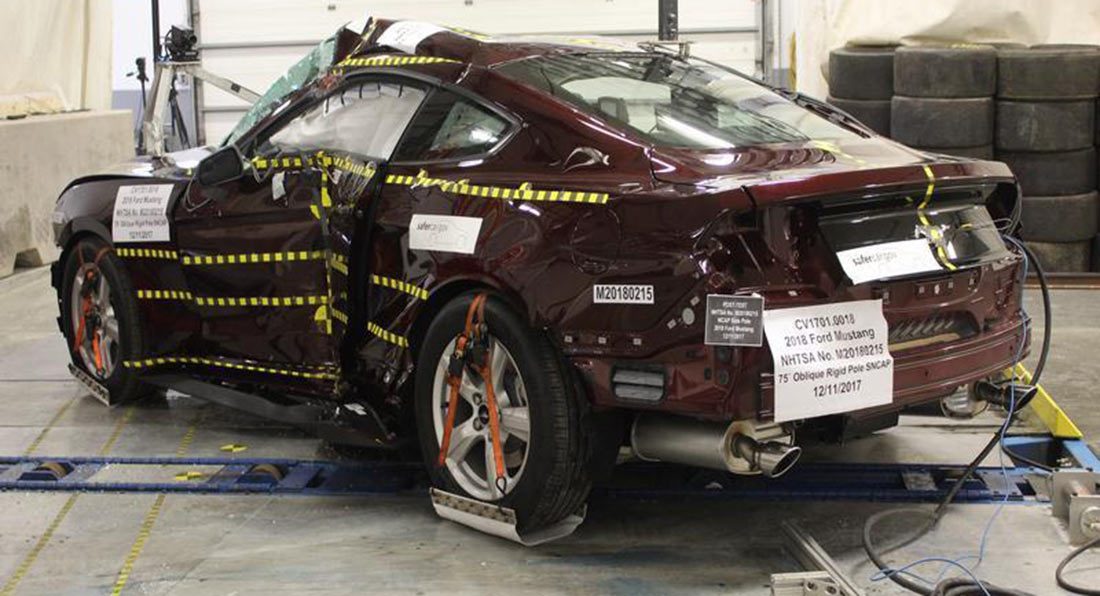 At the time of writing, bidding on the maroon Mustang was sitting at $1,247 while bidding for the yellow one had reached $2,469. Both are equipped with the Mustang’s entry-level 2.3-liter EcoBoost four-cylinder engine and as they were only used for side-impact testing, there’s a very good chance the engines, as well as the manual gearbox of the yellow car and the auto of the maroon car, are in perfect running order.

Various other parts could be salvaged from the Mustang duo. For example, their wheels don’t appear to have been damaged and could be sold. Similarly, the brakes are in as-new condition, as are the exhaust systems. Certain body panels could also be sold, including the passenger-side doors that weren’t damaged in the crash tests. If you’re willing to put in a bit of work, parting out the cars could be quite profitable.