While that’s nearly as much as the outgoing Lexus GS, Toyota noted it’s a savings of $9,050 compared to the 2020 Mirai.

Customers will also have the option of leasing the entry-level Mirai XLE for $499 a month. Regardless of which route they take, they’ll receive up to $15,000 worth of complimentary hydrogen fuel. 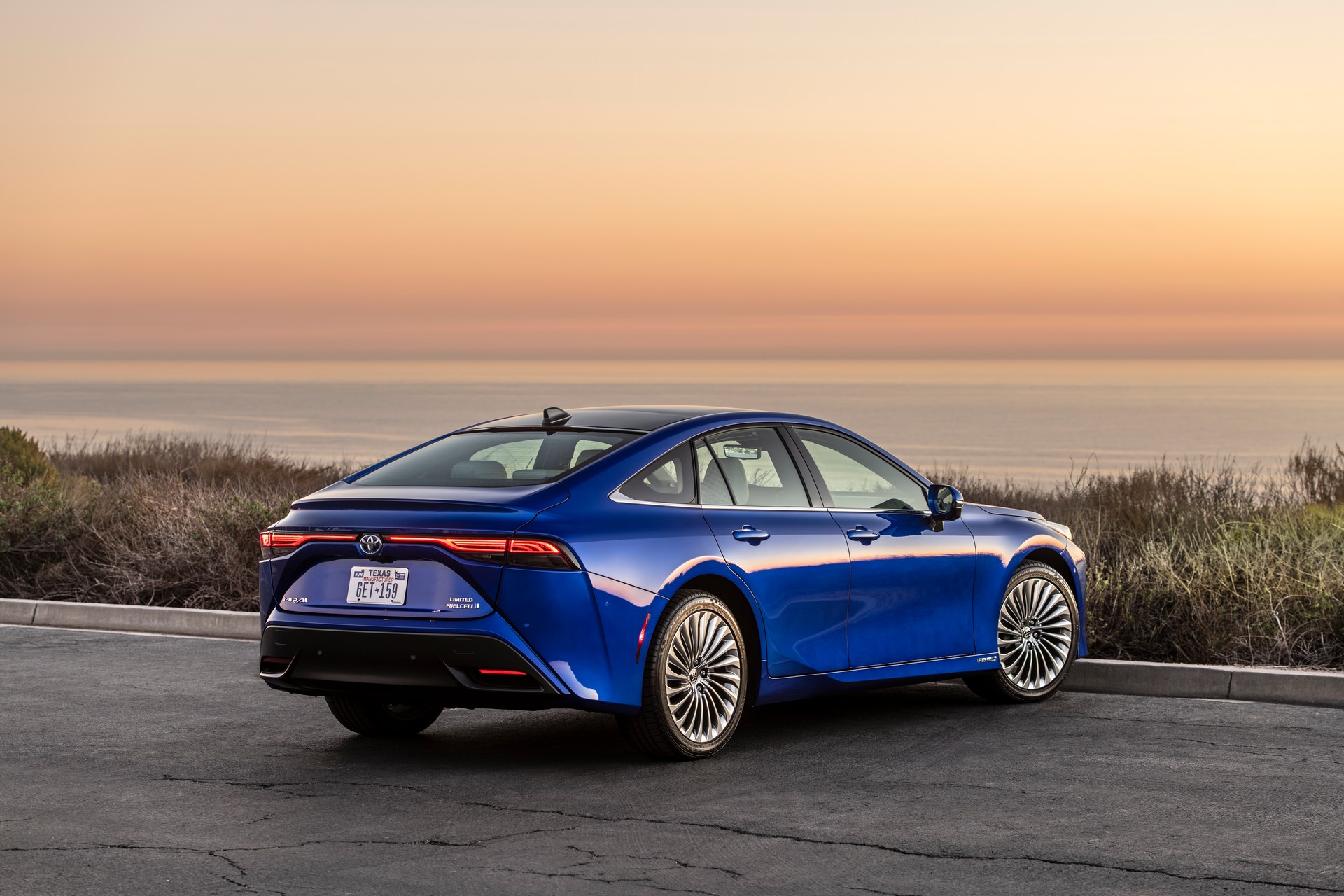 The 2021 Mirai is a major improvement over its predecessor and the model comes standard with LED lighting units as well as 19-inch aluminum wheels.

Moving into the cabin, drivers will find an 8-inch digital instrument cluster and a 12.3-inch infotainment system with Android Auto, Apple CarPlay and Amazon Alexa compatibility. The model also sports a 14-speaker JBL audio system with a subwoofer.

The amenities don’t end as there as the Mirai XLE has a power tilt / telescopic steering wheel, a dual-zone automatic climate control system and heated SofTex front seats with 8-way power adjustment on the driver’s side. Rounding out the highlights are a wireless smartphone charger, an auto-dimming rearview mirror and a HomeLink universal transceiver. 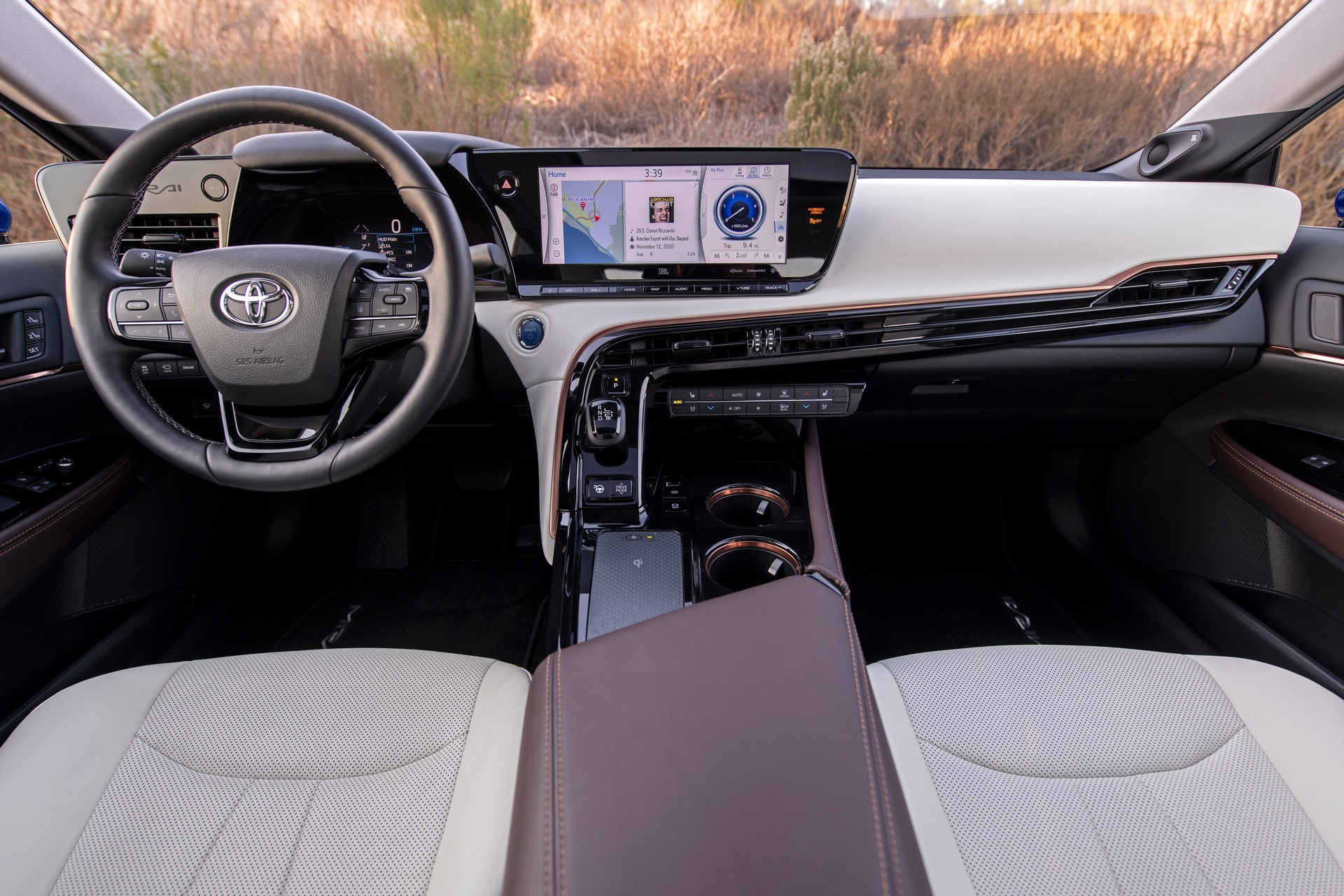 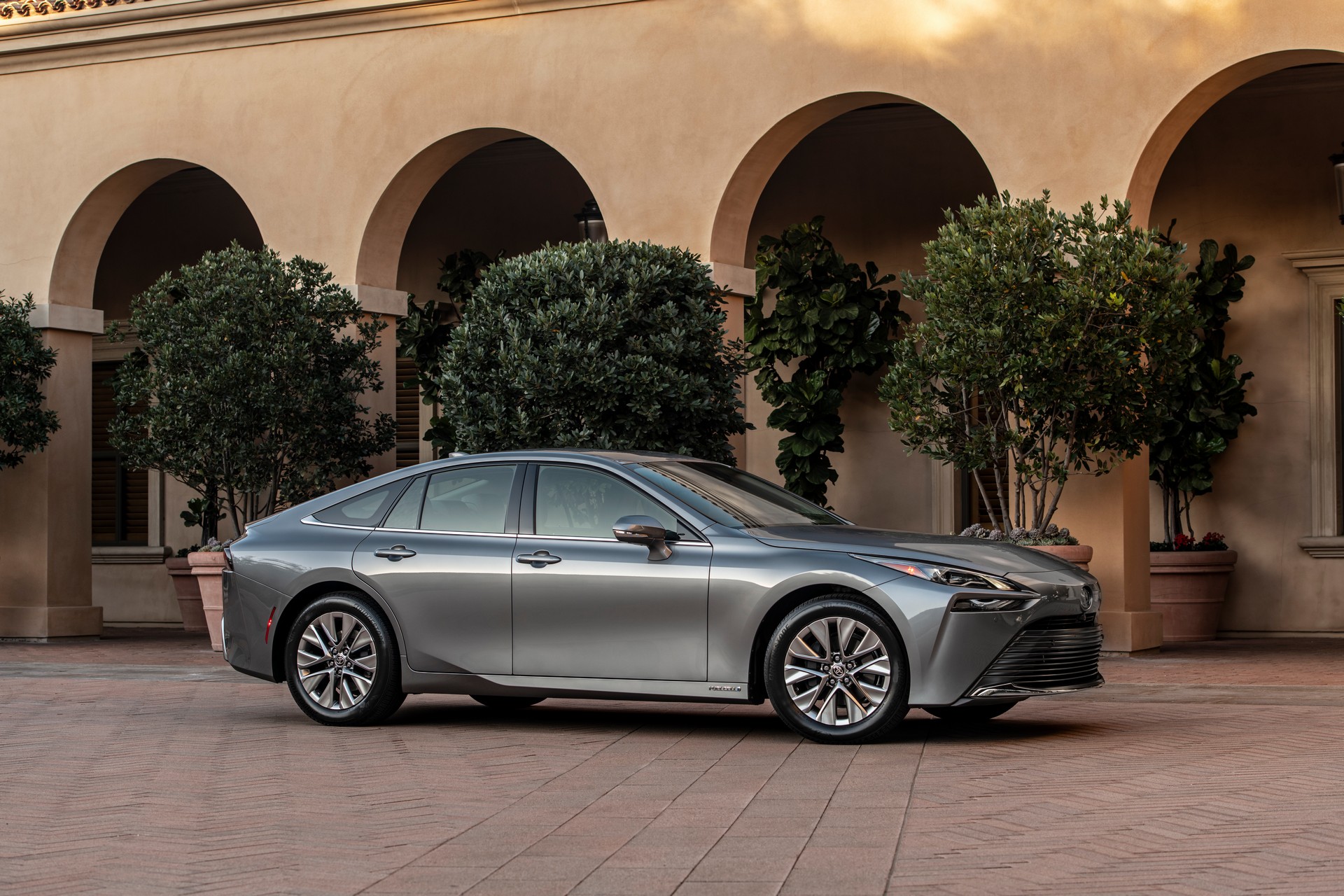 Buyers looking for something more luxurious can upgrade to the Mirai Limited, which starts at $66,000 and can be leased for $549 a month. It has a slightly revised exterior with rain-sensing wipers, a panoramic glass roof and special 19-inch wheels. The model can also be equipped with 20-inch “Super Chrome” wheels for an additional $1,120.

Bigger changes occur in the cabin as the Limited ups the ante in terms of luxury. Among the changes are heated / ventilated front and rear seats, an 8-way power passenger seat and a tri-zone automatic climate control system with a rear touchscreen. The model also features a digital rearview mirror, a power rear sunshade and manual side sunshades for rear seat passengers. 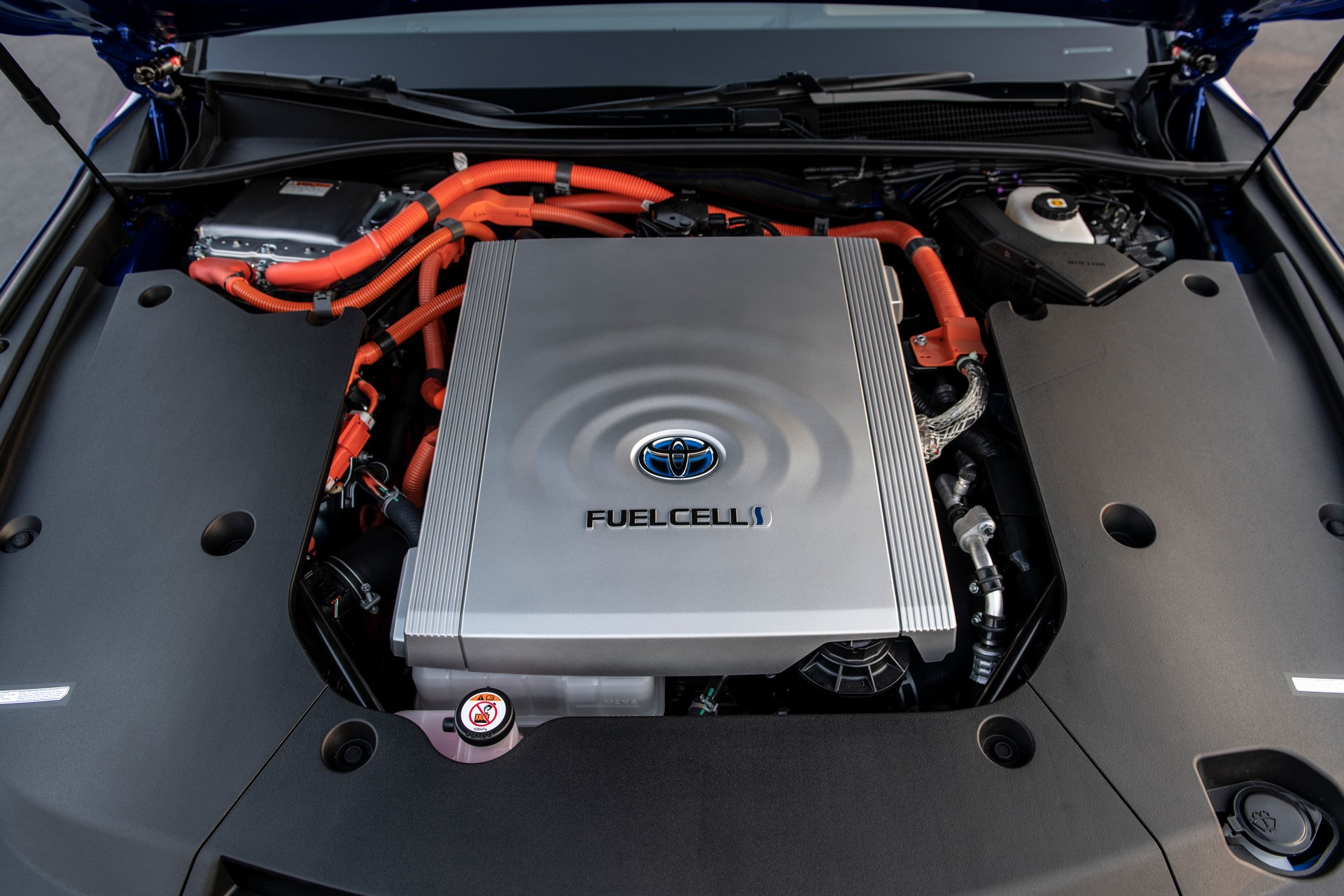 All Mirais ride on a rear-wheel drive platform and feature a new fuel cell stack that is smaller and lighter than before. The model also has a three hydrogen storage tanks, a 1.24 kWh lithium-ion battery and an electric motor that develops 180 hp (134 kW / 182 PS) and 221 lb-ft (300 Nm) of torque.

Of course, buying one won’t be easy as the 2021 Mirai will only be offered in California.