2020 has been a year that most people would like to forget, but it began with the unveiling of the autonomous Cruise Origin. It’s now coming to a close with the debut of another autonomous shuttle from Zoox.

Essentially a cute box on wheels, the shuttle measures 142.9 inches (3,630 mm) long and 76.2 inches (1,936 mm) tall. That gives the vehicle a tiny footprint as it’s slightly shorter than the Chevrolet Spark.

Besides the compact dimensions, the shuttle has sliding doors and stylish four-spoke alloy wheels. The model also has a symmetrical design as well as a high-tech lighting system which “tells other road users what Zoox will do next.”

Despite its small size, the shuttle has a spacious four seat interior with two sofa-like benches that face one another. Since the vehicle is autonomous, it eschews a steering wheel and traditional controls.

The company didn’t say much about the cabin, but we can see a skylight and a Rolls-Royce inspired starlight headliner. The shuttle has also been equipped with wireless smartphone chargers and touchscreen infotainment systems that provide audio controls as well as information about your destination. 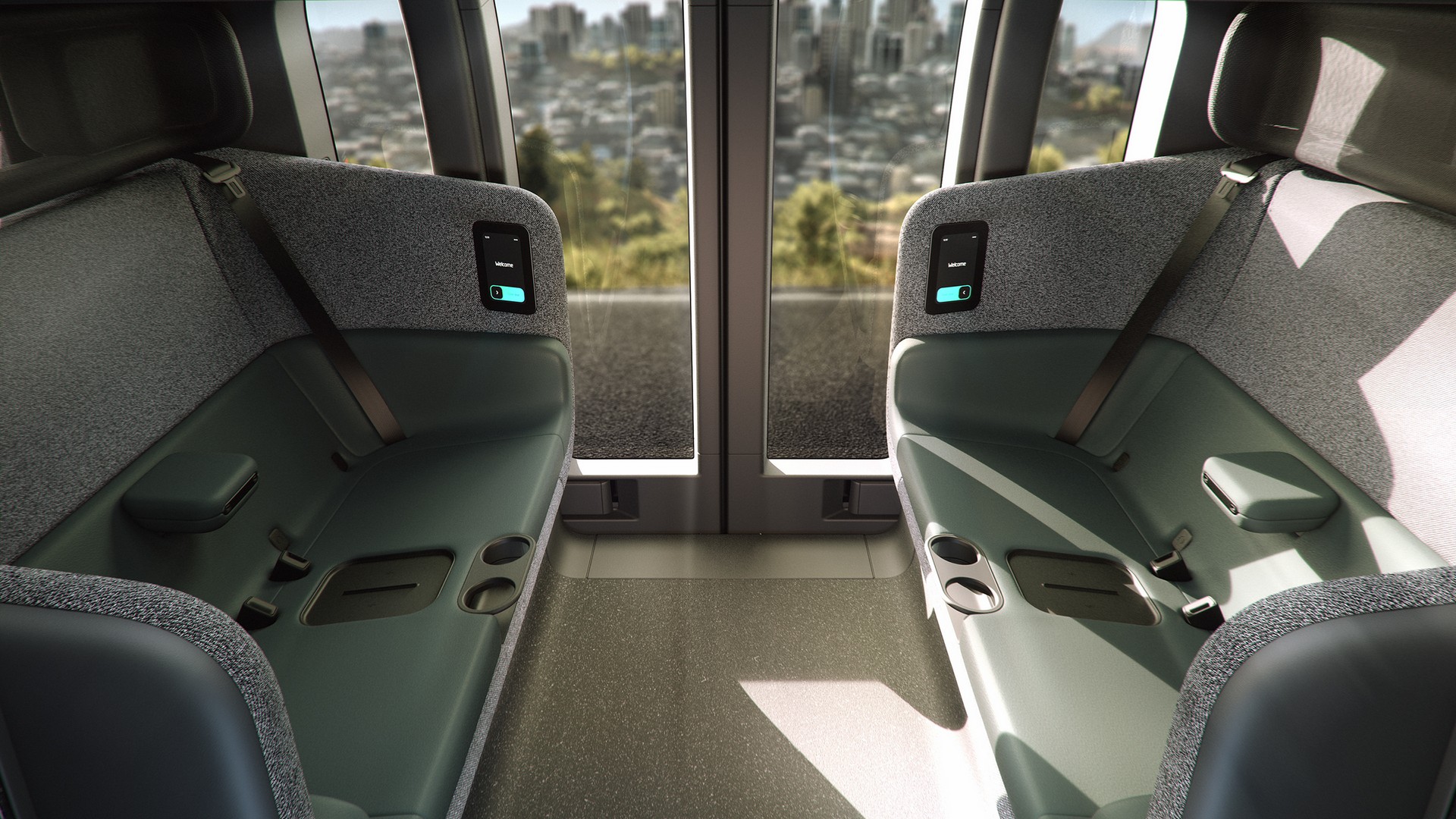 Zoox didn’t reveal many specifications, but confirmed their autonomous shuttle has a 133 kWh battery pack that will allow it to operate for up to 16 hours continuously. The company also said the vehicle can operate at speeds up to 75 mph (121 km/h), which is notable as many autonomous shuttles move along at a snail’s pace. The model also features four-wheel steering as well as a bidirectional driving capability.

On the tech side of things, the shuttle is equipped with a “unique sensor architecture of cameras, radar, and LIDAR to obtain an unrivaled 270-degree field of view on all four corners of the vehicle, eliminating typical blind spots and allowing the vehicle to consistently track objects next to and behind it, including pedestrians, bicyclists, and other road users.” Zoox went on to say the model can see over 492 feet (150 meters) away in all directions and even around corners. 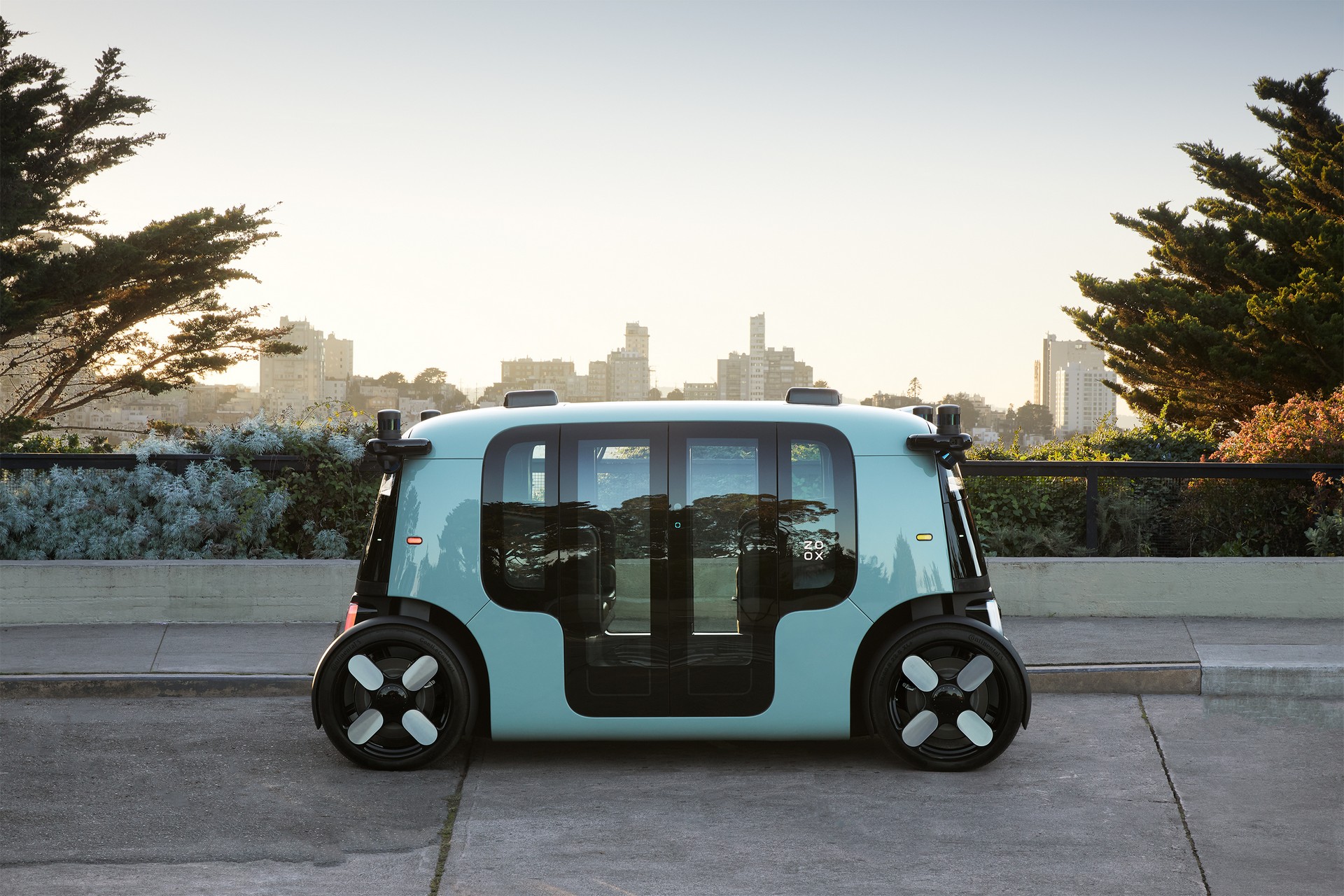 Given that people are wary about autonomous driving technology, it comes as little surprise that Zoox put safety front and center. The model has “more than 100 safety innovations not featured in conventional cars,” including redundant hardware and special airbag designed for use in bidirectional vehicles. The company didn’t go into specifics, but it looks like the airbags will wrap around both seats to protection regardless of which way the vehicle is traveling.

There’s no word on when we can expect to see Zoox shuttles on the street, but CEO Aicha Evans said the unveiling is an “exciting milestone” for the company and “marks an important step on our journey towards deploying an autonomous ride-hailing service.”