Detroit’s big three graced us with some great passenger cars in the last decade. After generations of badge-engineering and bargain-basement build quality, it appeared some sense had been knocked into their heads, maybe due to the global financial crisis or the government bailout to prevent the American automotive industry’s collapse. I guess either one could have been a factor.

Sadly the buying public did not appreciate all the ground they had made up. Decades of abysmal brand reputation and hordes of recalls made it difficult for consumers to see how many great cars Detroit had to offer. Today, emissions regulations are pushing the industry to an electric future and utility vehicles are dominating the market. Sedans, coupes and wagons are becoming a thing of the past, which is a shame since we finally had some great ones to choose from – just a little too late.

Here are nine of those cars that met their demise, in alphabetical order.

In 2018, Buick graced us with America’s answer to the Audi Allroad, or so they had hoped; in reality, the TourX was cross-shopped more with the likes of the Subaru Outback. A stout 2.0L turbo 4-cylinder and AWD made for a fine handling wagon with a European flair. Impressive cargo space and state of the art features still couldn’t save the TourX. With Opel’s departure from the GM family and Buick’s move to an all crossover lineup, their first wagon since the Roadmaster was not long for this world and ceased production earlier this year. 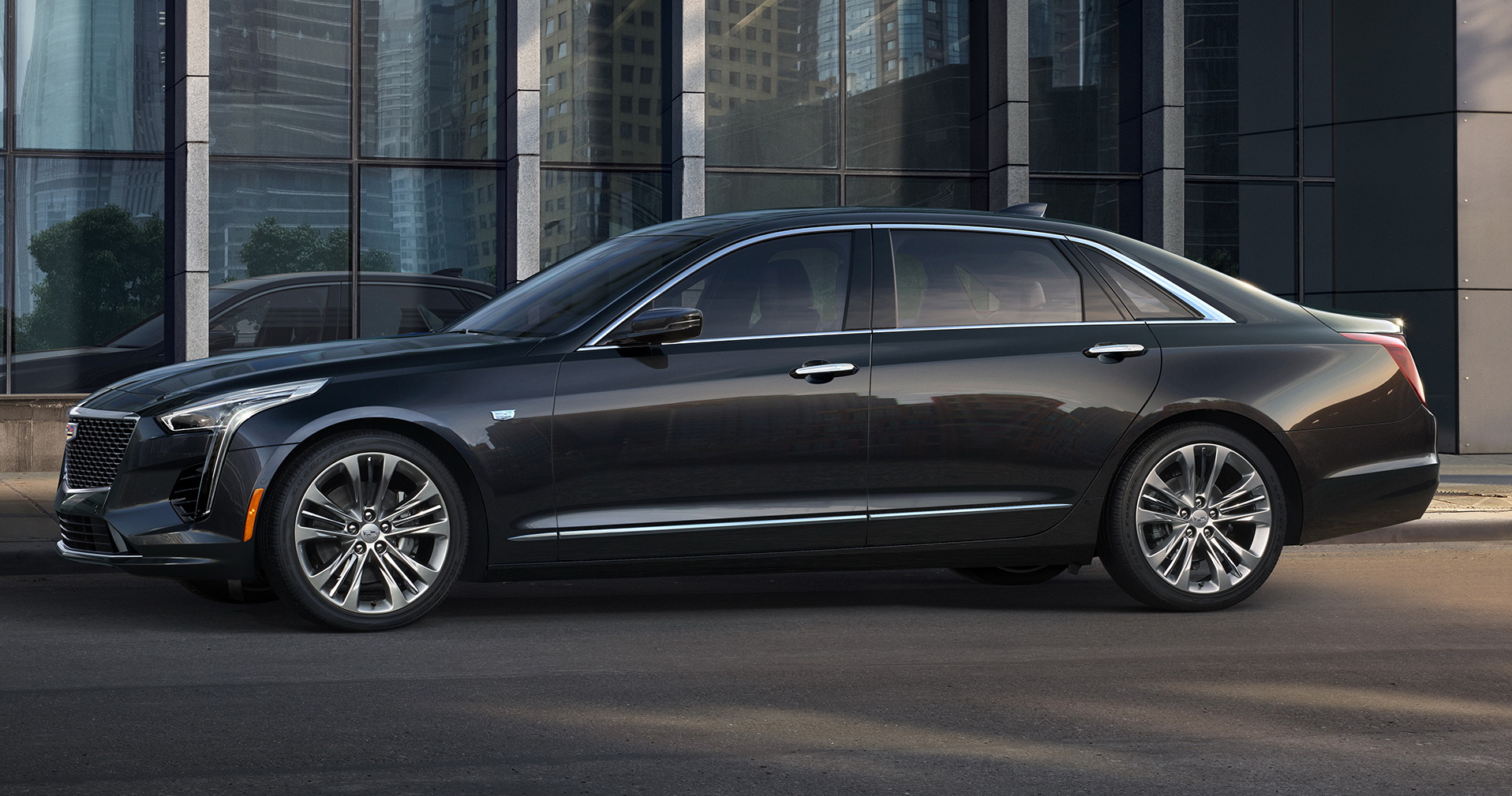 The best Cadillac of the modern age never got a chance to truly shine. After years of eye-watering concepts and endless rumors, Cadillac finally launched a proper full-size flagship in 2016. Super Cruise semi-autonomous driving came in 2018, quickly earning a reputation as one of the market’s best systems. The following year a refresh, and the Blackwing V8, drastically improved the momentum of the CT6. Twin-turbo V8 power gave the Caddy everything it lacked to play with other six-figure sedans, but not for long. Even the cutting edge Omega platform could not protect the CT6 from the crossover craze, leaving Cadillac without a proper full-size sedan once again. 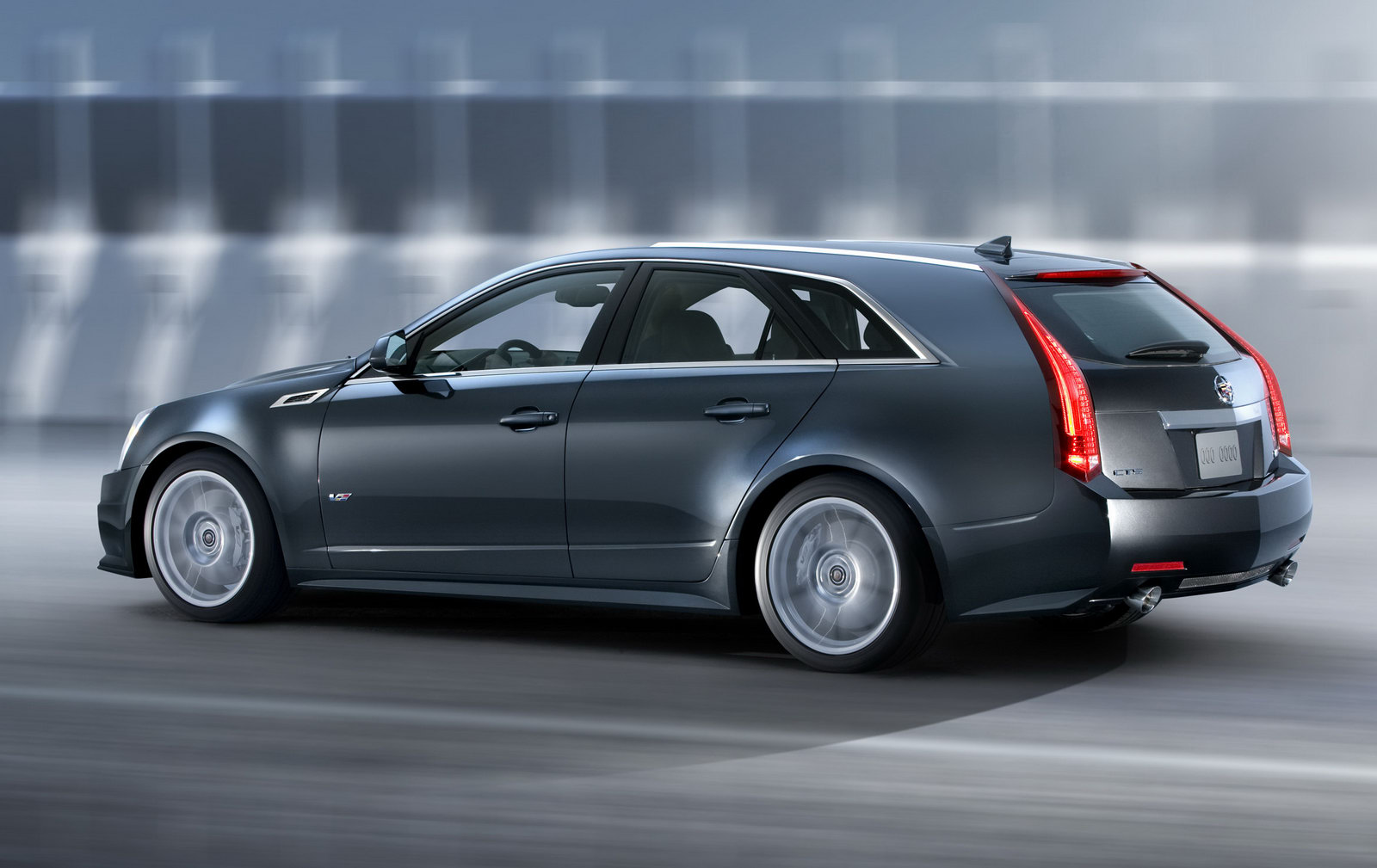 Fresh off the geriatric DTS, in 2011 the folks at Cadillac decided to build a 556 HP tire burning station wagon. A 6-speed manual transmission fed power to the rear wheels, and magnetic ride control allowed this wagon to hang with the best of Europe. The CTS-V wagon’s styling was striking and unique, helping it earn endless praise from the motoring press. All good things must come to an end, though, and with the third generation in 2014, any version of the CTS with more or less than four doors was laid to rest. 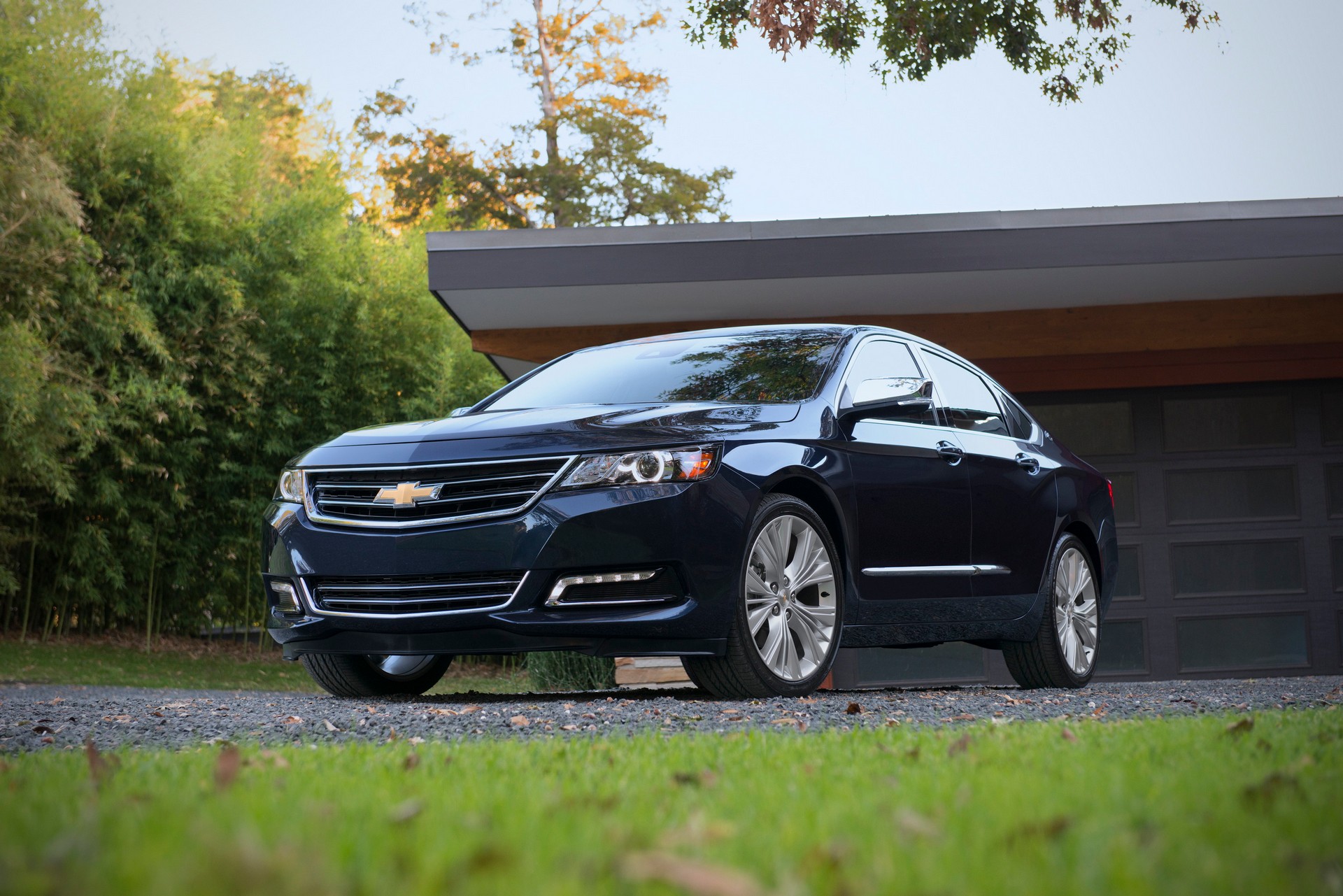 For many years the free full-size upgrade at the rental counter wasn’t much of an upgrade at all. I can recall my father renting a midsize car years ago, and when offered the keys to an Impala, he politely declined. The ninth-generation Impala was frumpy, cramped, and rode on the GM W body platform’s ancient bones. For 2014 the thoroughly modern Epsilon II platform took over in long-wheelbase form. The Impala became one of the sharpest looking, most spacious, and well-rated sedans on the road. Love for the new Impala died out in a couple of years. The market for full-size sedans has all but disappeared, and the last Impala rolled off the assembly line in February 2020. 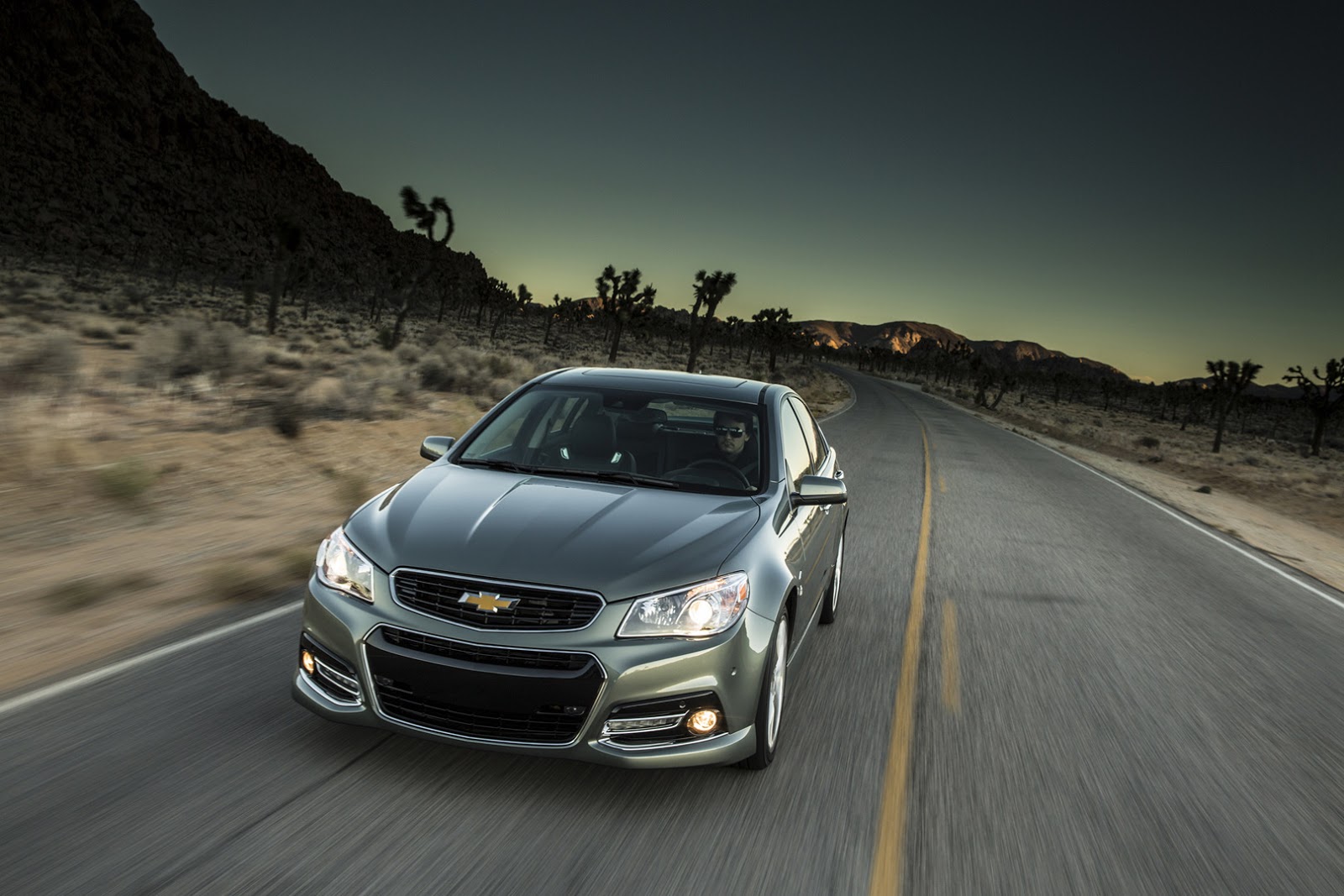 A captive import of Aussie origins finally fulfilled our Holden/HSV crazed fantasies when landing on our shores in 2014. Enthusiasts in America longed for the forbidden fruit of The Outback. We got our first taste from Pontiac in 2004 when the Holden Monaro arrived from down under masquerading as the new GTO. Four years later, the Holden Commodore came as the Pontiac G8, helping to catapult Pontiac’s planned performance renaissance. Six years after that, long after Pontiac’s untimely death, the Commodore returned with V8 power and in 2015 gained a six-speed manual. Putting on its best golden bowtie and Malibu smile, the Chevrolet SS was the dream of sleeper fans everywhere. A short-lived dream, unfortunately, since the SS endured only until 2017. 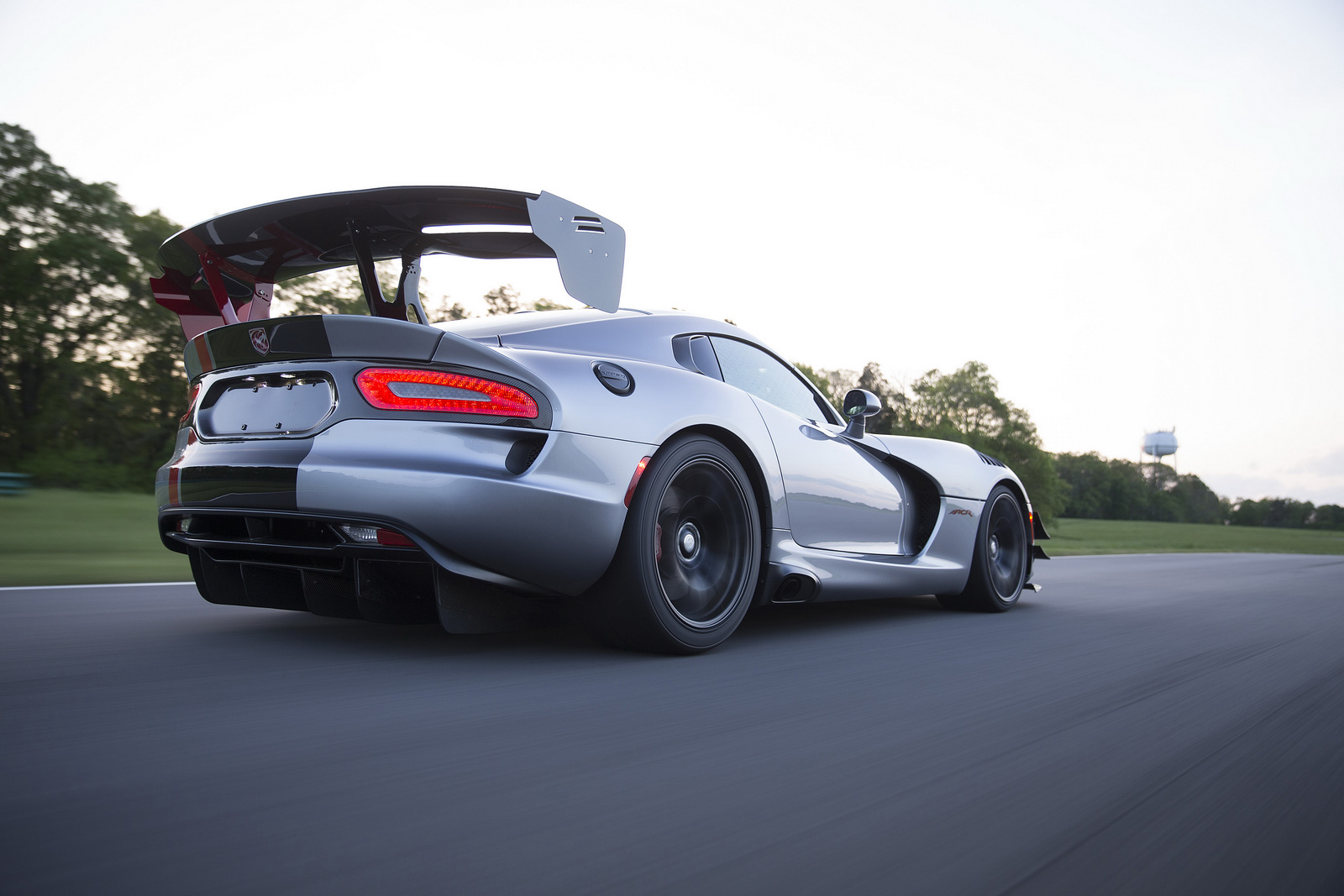 Quite possibly one of the most invigorating American sports cars of all time, Mopar’s super snake saw one final iteration starting under the “SRT” brand in 2013. A confusing move that lasted only two years, as the Viper returned as a Dodge again in 2015. The original Viper was a ruthless, hardcore hot rod built in the Shelby Cobra’s spirit. This Viper was fitted with all the necessary safety equipment for legal road use, losing its edge, but not its essence. The ACR stuck to the road like glue thanks to gobs of downforce. Bespoke Brembo brakes and world-class suspension tuning helped the ACR nearly crack the seven-minute mark at the Nurburging. Safety regulations reportedly sealed the Viper’s fate once again, slithering away in 2017. 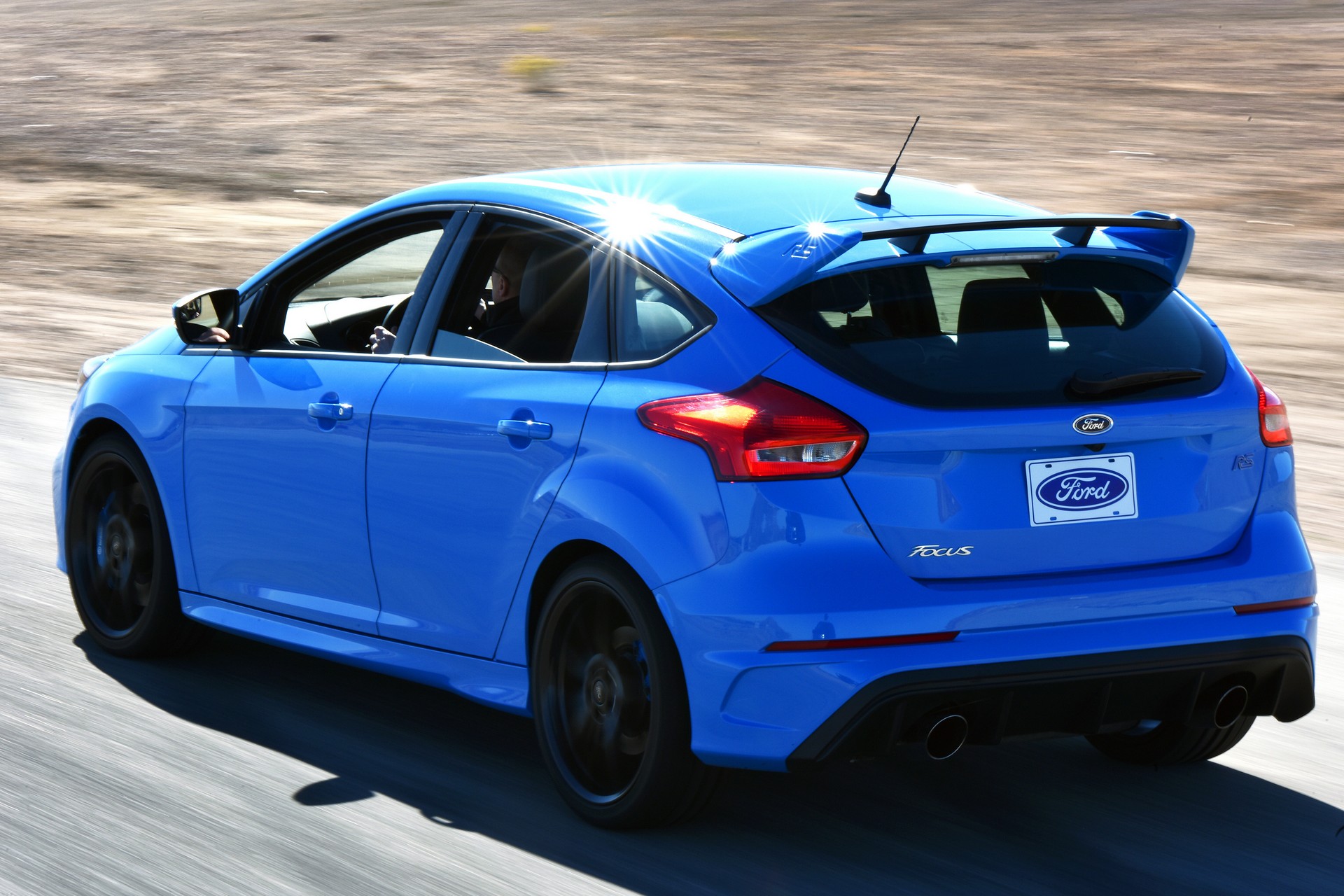 Top Gear fans foamed at the mouth for the better part of two decades, waiting for Ford to bring the Focus RS across the pond. The American market Focus never achieved greatness until its third generation. Our first taste came with the front-wheel-drive ST in 2014, but the four-wheel RS has always been the ticket, an American competitor to the Subaru WRX STI ironically plagued by head gasket issues of its own. The third-gen focus also took heat for major automatic transmission trouble. Even with three pedals, all Focus models would live with the reputation of poor reliability until being removed from the lineup in 2018. 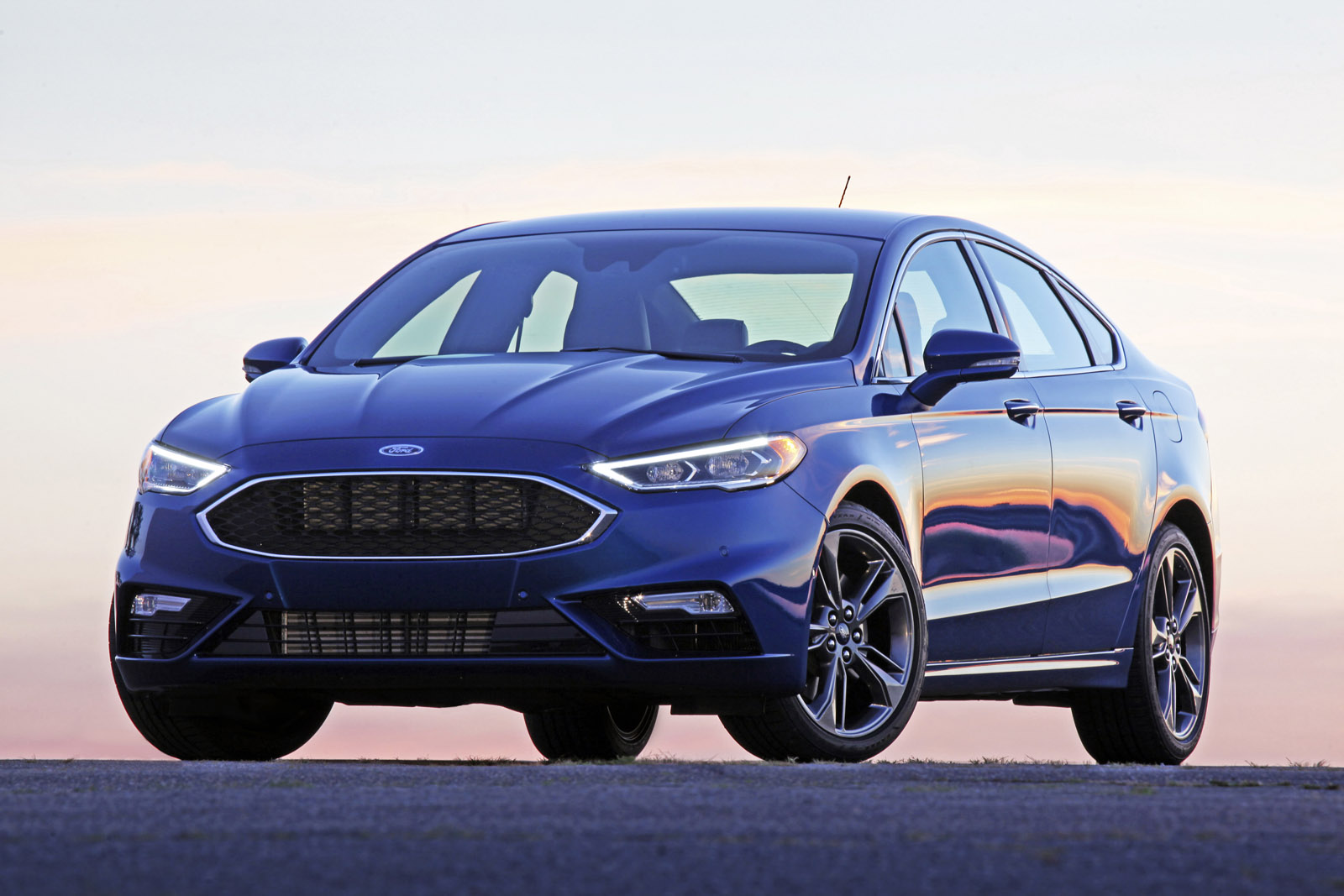 More of a 21st-century Taurus SHO than the last Taurus SHO itself, as Ford was crazy enough to put their 2.7-liter twin-turbo V6 into its bread and butter midsize Fusion. I may be biased, given there’s one parked in my driveway, but the Fusion Sport had a lot going for it. The adaptive dampers boasted pothole detection to help with treacherous roads (tell that to my four bent wheels). 325HP, and more importantly, 380 lb-ft of torque traveled, via a lackluster six-speed automatic, to all four wheels. Sixty miles per hour can be dispatched in around five seconds, quick enough of a launch to confuse onlookers since it’s just a Fusion. Nevertheless, it became another victim of the Blue Oval’s plan to eliminate any low roof model without a horse stamped on it. The Sport lived for only three years until 2019, but the standard Fusion squeaked by for one more year. 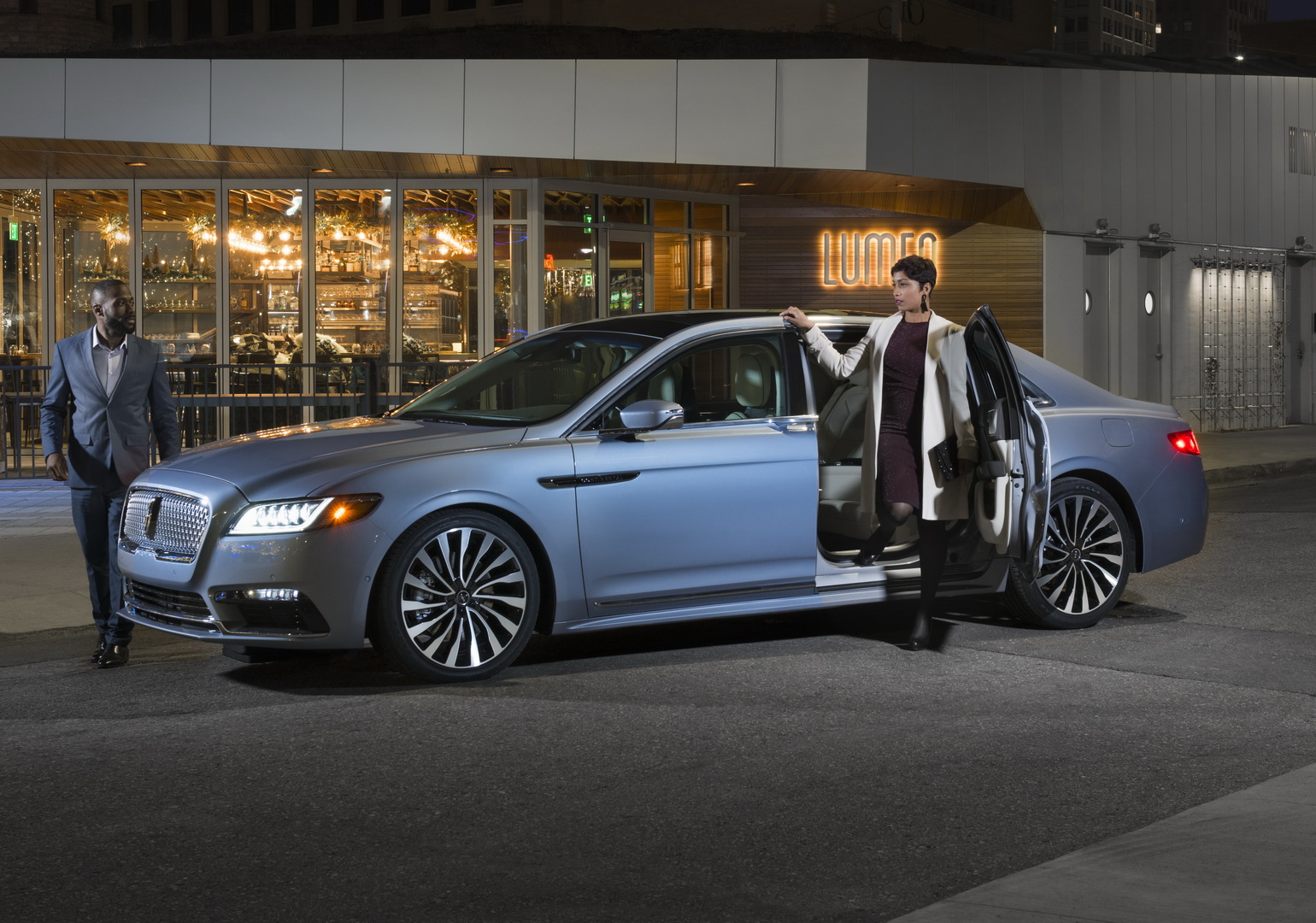 While it may share underpinnings with the Ford Fusion, the Lincoln Continental returned as a gorgeous concept in 2015. The blue on blue show car captured the attention of the world, although the people at Bentley had some less than kind words. The production-spec Conti retained much of what made the concept such a looker, but didn’t feature the concept’s suicide doors. In 2019, a Coach Door limited edition arrived in Black Label trim to celebrate the Continental becoming an octogenarian – and yes, this one featured the suicide doors, even if it was limited to just 80 examples. With the help of Cabot Coach Builders, Lincoln brought back the sixties swagger of the Continental just in time to be culled in favor of an all SUV lineup. 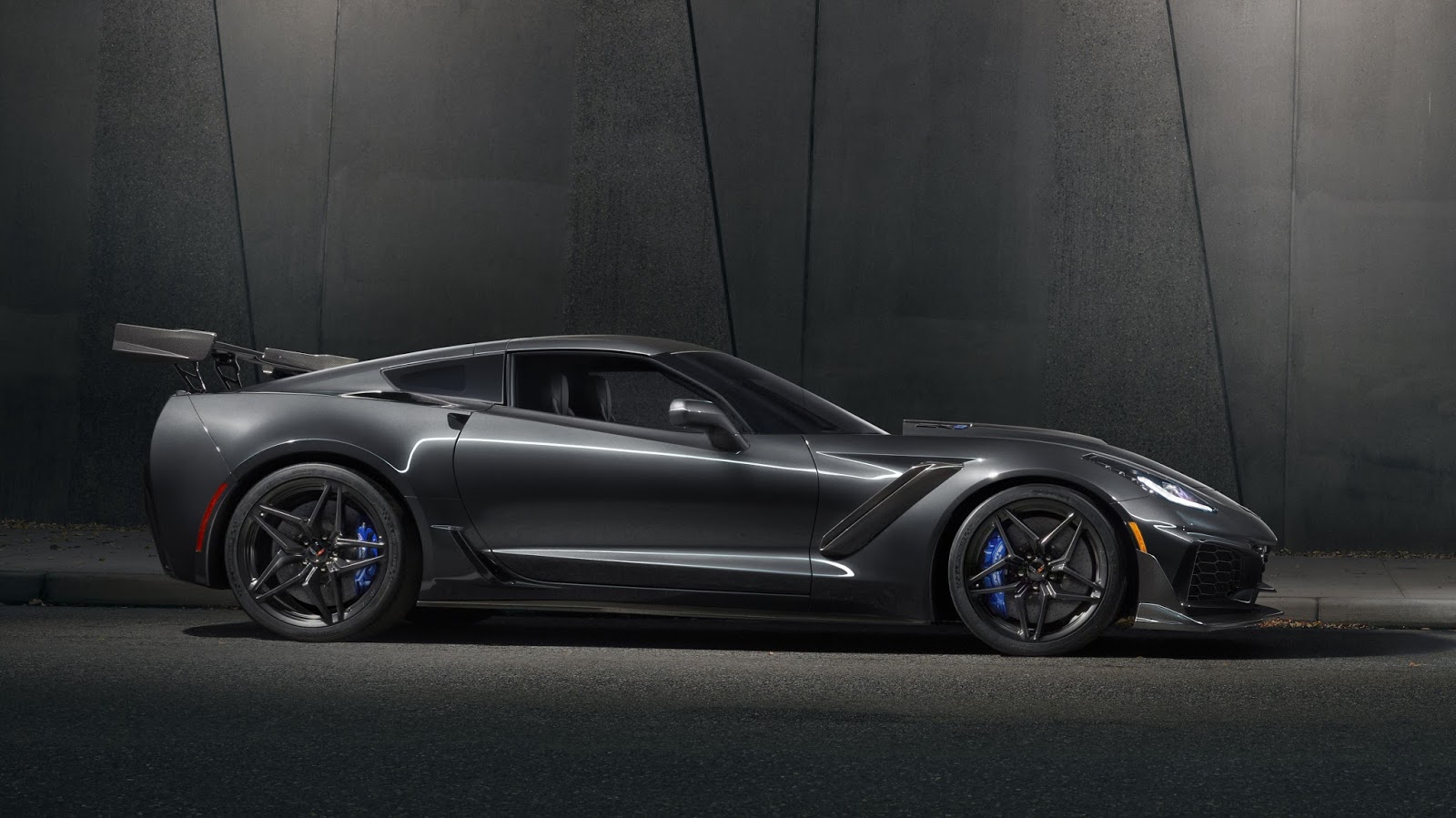 By the year 2010, the C6 Corvette was more than halfway through its lifecycle. It was attractive from almost every angle, with an even more attractive price and a choice of three fire breathing V8s to suit anyone’s taste. Being a product of “Old GM”, though, meant that interior materials and build quality still suffered. For 2014 the Stingray badge returned, gracing the front fender of the new C7. Styling was not an issue before, but they took another leap forward and made the new ‘Vette a hot commodity upon release. Next-generation infotainment paired with Nappa leather wrapping made the sports car a serious contender on the world stage. With the C7, the Vette had perfected the original formula. But with perfection comes a new problem: where do you go from here? The answer is to change the original recipe, and so the front-engined Corvette died with the C7 in 2019 and was replaced by the mid-engined C8. At least it went out with a 755-horsepower bang in the form of the ZR1.

These are just a few of my favorites that made the cut. Do you have any that aren’t on the list? Leave a comment below and let us know what’s your favorite American car of the last decade.