1016 Industries is developing a bold widebody kit for the McLaren 720S that has been completely 3D-printed.

Work on the kit is still ongoing, but these preliminary photos reveal the kit will significantly alter the looks of the British supercar. The modifications start at the front where there is a custom fascia with a new bumper and splitter, giving the car just enough aggression to rival the flagship McLaren 765LT.

Watch Also: The McLaren 765LT Is A Powerhouse That Will Spin Its Wheels In Fourth Gear 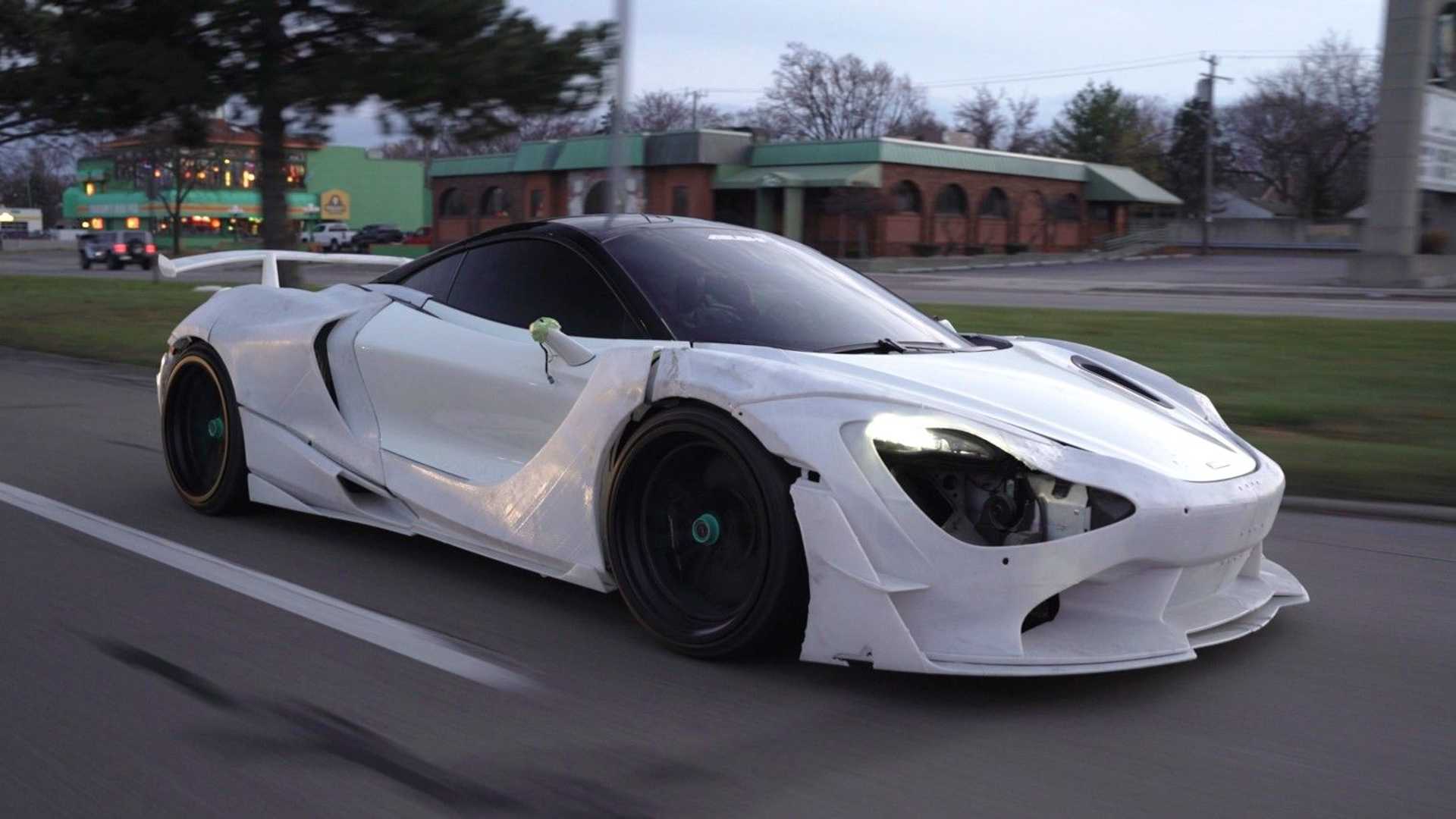 Elsewhere, 1016 Industries has 3D-printed new front wheel arches for the McLaren, as well as bespoke skirts down the sides. Speaking of the sides, the flared rear wheel arches immediately stand out and incorporate additional side air intakes, although it is unclear if these intakes are functional or there just for aesthetics.

The tuner is also developing a large fixed rear wing for the 720S as well as a unique rear fascia that features a new diffuser and fins on either side of the bumper.

“Incorporating 3D printing into our production processes has been a steep learning curve,” 1016 Industries chief executive Peter Northrop said. “But we were encouraged by how the 720S prototype performed. While the material hasn’t proven yet that it would be the right fit for a long-term prototype, our testing has proven that a car can use 3D printed technologies and be drivable. As to what extent, that is what 1016 Industries is working to find out now.”