Bollinger Motors has unveiled the production-intent designs for the B1 and B2.

While both models look instantly recognizable, they’ve undergone numerous changes to improve their functionality and style.

When it comes to the B1 SUV, designers raised the beltline and moved the B-pillar forward to improve entry and egress for rear seat passengers. The company also replaced the sliding side windows with manual crank units, which are “much lighter and just as robust.”

Also Read: Bollinger B1 And B2 Inch Closer To Production As Company Unveils Beta Prototypes 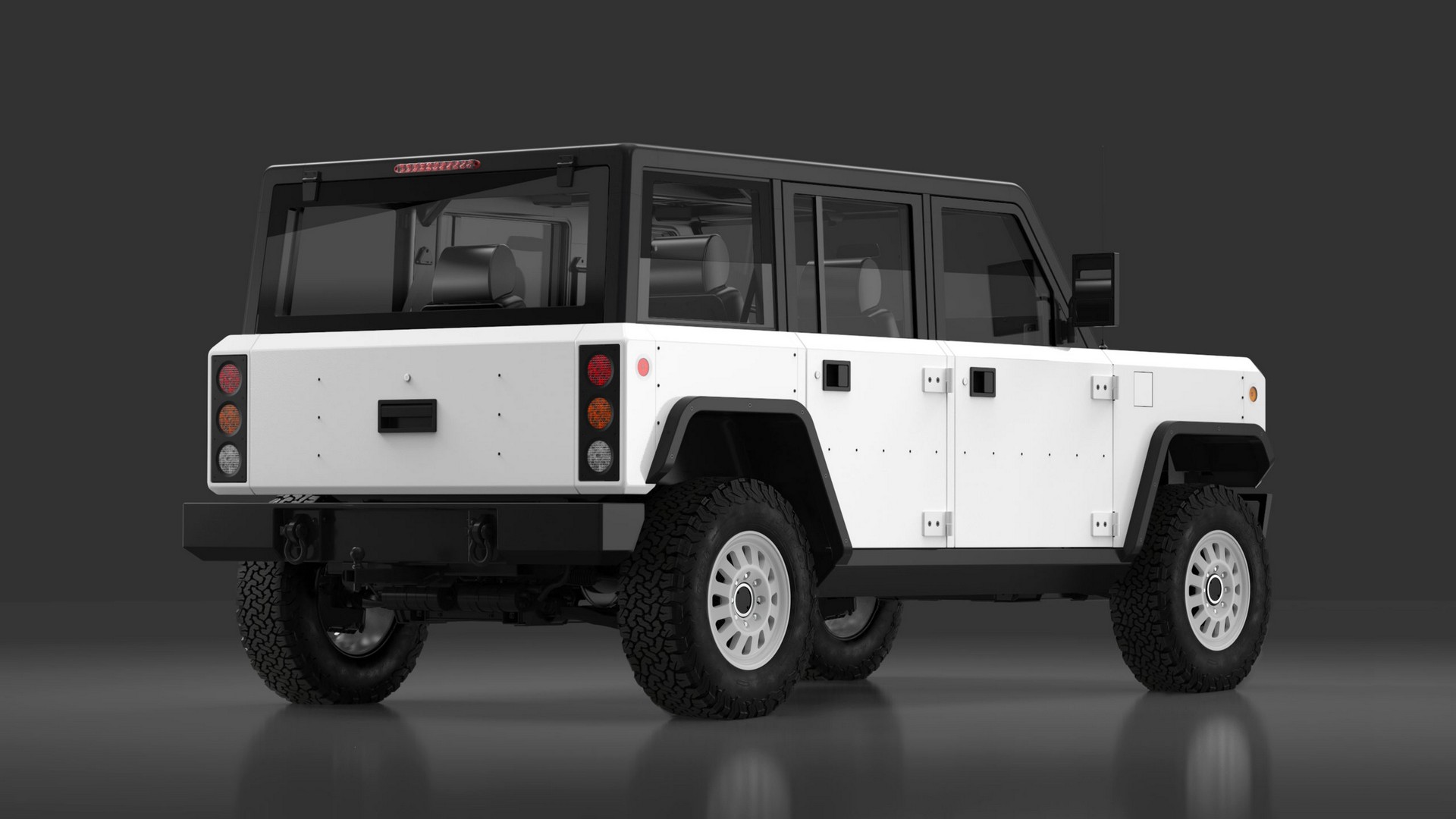 Speaking of windows, all glass is now taller than before. This helps to compensate for the higher beltline as well as improve visibility and aesthetics.

The front end has also been updated as a “breakthrough in thermal dynamics” allowed the company to use a smaller radiator which is mounted behind the bumper where airflow is optimal. This eliminated the need for additional radiators, so designers widened the frunk and moved the headlights further outboard. The taillights were also moved to the outside edges to maintain design symmetry.

The changes to the B2 pickup are largely identical, but there is one notable difference. The bed is now independent of the cab and this makes it easier to replace. It also makes commercial chassis cab applications pretty straightforward.