It won’t be long now until BMW starts taking all the tape off its all-new 4-Series Gran Coupe prototypes. We already know what they look like, for the most part, and the range is expected to debut sometime next year, which is just around the corner.

This M440i variant was spotted by our spy photographers in Sweden, and we know it’s the M440i because of the trapezoidal exhaust tips.

We also spot a subtle trunk lid spoiler, M Sport bumpers, as well as reasonably large brakes with blue calipers. Don’t get fooled by the grille size – in reality, it’s going to feature a massive one, just like its two-door siblings.

The original 4-Series Gran Coupe was unveiled at the 2014 Geneva Motor Show in March of that year, with production kicking off a few months later in July. It certainly wouldn’t be outside the realm of possibility that BMW debuts the second-generation model this upcoming spring – it has already been more than six months since the G22 Coupe was introduced. 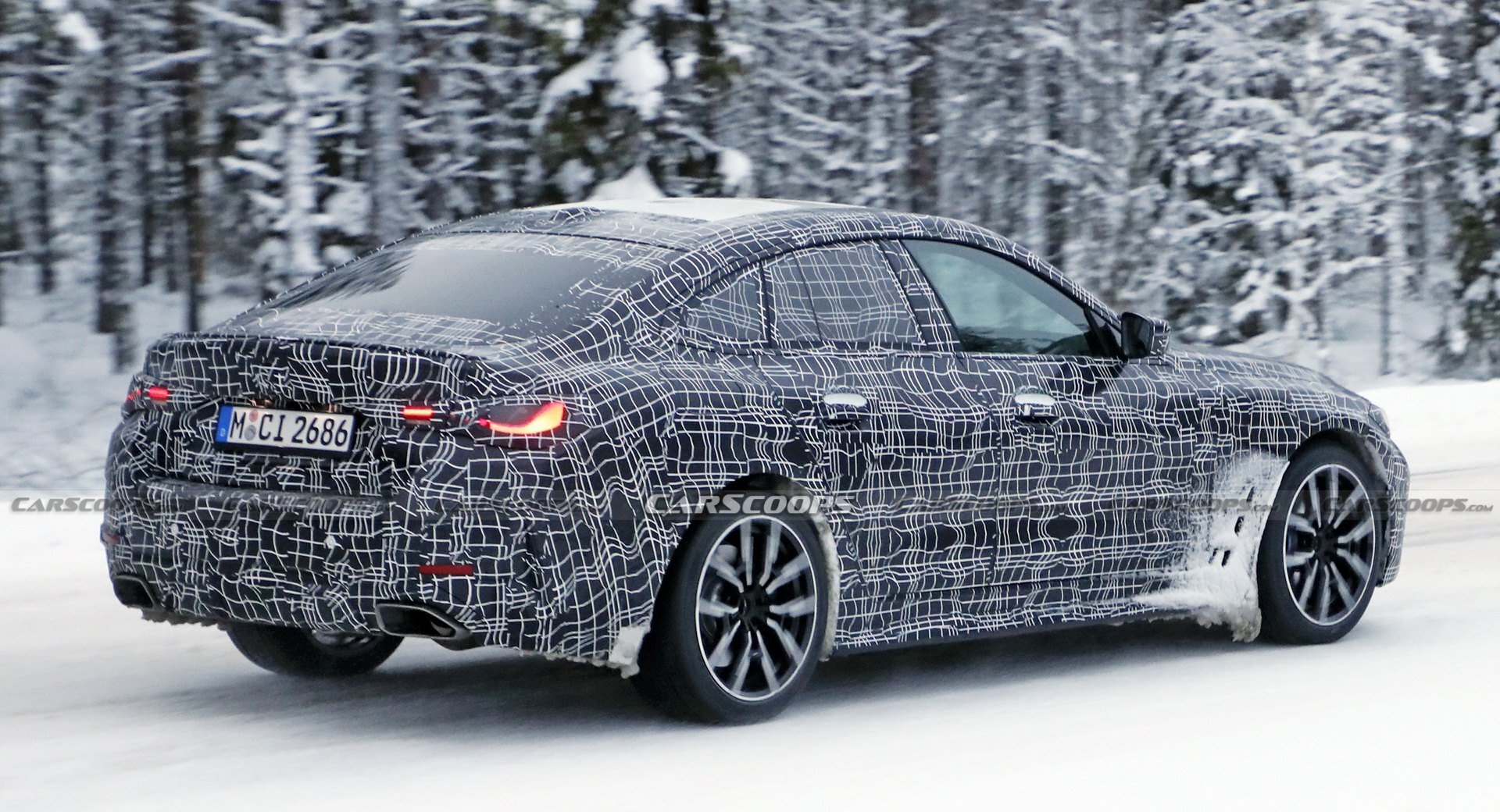 Just like its predecessor, the new G26 4-Series Gran Coupe adopts a fastback design which will undoubtedly result in less rear headroom. Compared to the old F30 sedan, the F36 Gran Coupe had 0.5 inches (13 mm) less headroom for passengers at the back.

Speaking of the interior, its dashboard will carry over from the G22 Coupe and Convertible, featuring a standard 8.8-inch infotainment display. Buyers will however be able to opt for a larger 10.25-inch unit, as well as a 12.3-inch Live Cockpit Professional digital gauge cluster.