While the prototype is heavily disguised, it gives us a better look at the redesigned rear end which features a new bumper with an integrated dual exhaust system.
We can see an underbody spare tire and three-dimensional taillights peeking through the camouflage.

Additional details are hard to make out, but the model has sweptback headlights, honeycomb mesh grille inserts and what appears to be boomerang-shaped fog lights. We can also expect a new grille which could echo the one found on the Grand Wagoneer concept. 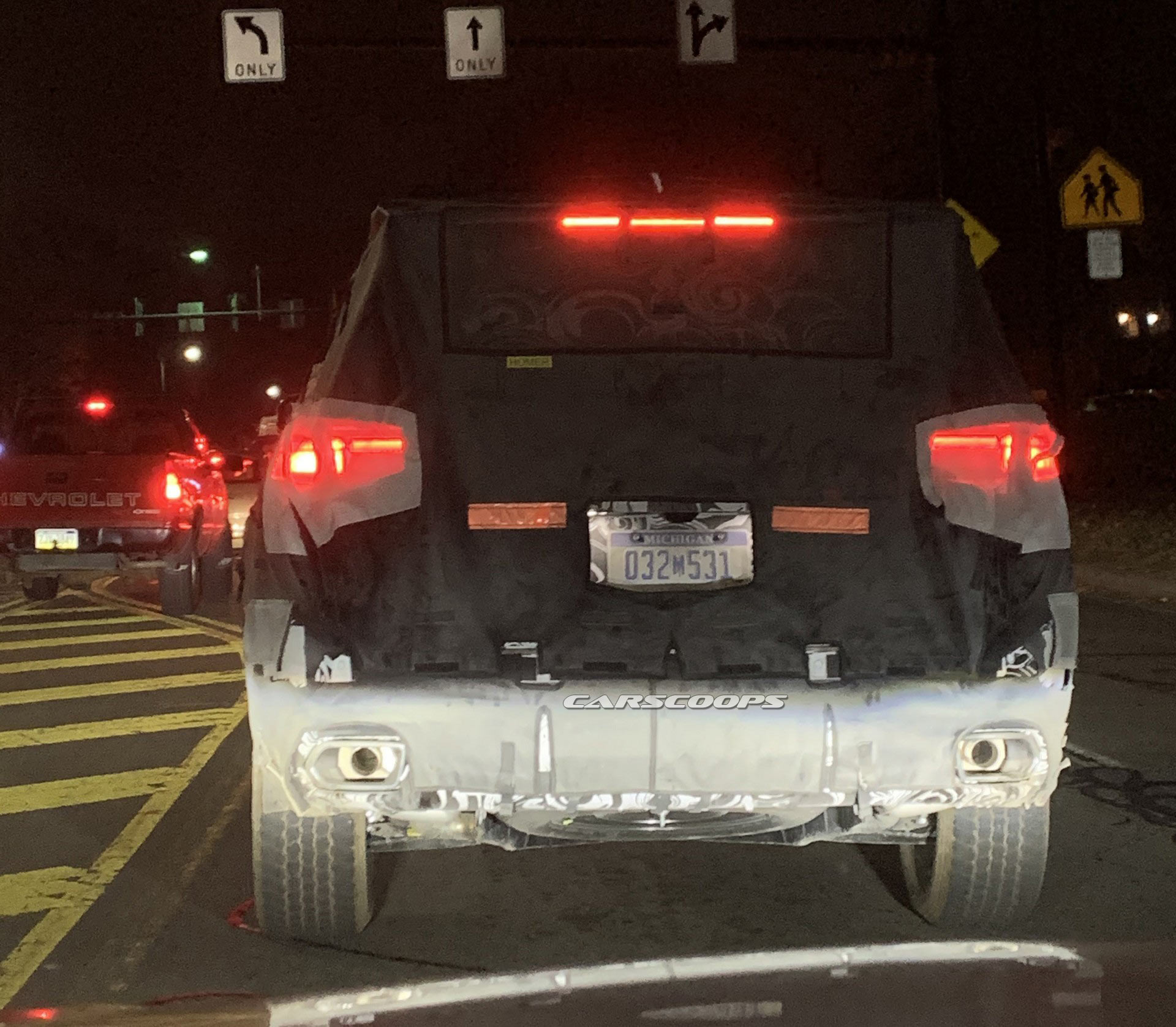 FCA hasn’t said much about the upcoming Grand Cherokee and its three-row counterpart but, back in August, the company’s COVID-19 Operational Update confirmed the three-row model has been pushed back to the first quarter of 2021. It will be followed by the standard Grand Cherokee in the third quarter.

Both are expected to ride on a modified version of Alfa Romeo’s Giorgio platform, which underpins the Giulia and Stelvio. Engine options remain unconfirmed, aside from a plug-in hybrid variant, but speculation suggests there will be a familiar 3.6-liter Pentastar V6 and a 5.7-liter Hemi V8. There have also been rumors about a turbocharged 2.0-liter four-cylinder engine and that seems plausible considering one is offered in the Alfas.

We can also expect an air suspension as previous spy photos have shown a three-row variant riding pretty high. This should help to ensure the model’s off-road capability remains intact.

Thanks to Tre D for the pictures!