Bentley has completed the assembly of the ‘Car Zero’ prototype of the Blower Continuation Series.

The vehicle, will be used for testing the exclusive run of 12 cars – all which have been spoken for – before full production begins. Bentley says some 40,000 hours invested in the design and build of Car Zero with the company hand-crafting 1,857 individual parts from the original plans. 230 of those parts are actually assemblies – one of which being the engine – taking the total part count to several thousand when fixings and interior trim parts are included.

Having driven the test car down Pyms Lane, Bentley’s chief, Adrian Hallmark, said: “Today was a truly remarkable day, not just as a milestone in the Blower Continuation Series project, but also for Bentley Motors. To drive the first new Blower in 90 years was a privilege, and the quality of the car would make Sir Tim Birkin himself proud. The craftsmanship is exquisite, and I’m pleased to report that the car drives just as beautifully as our original Team Car.”

Before they started working on the prototype of the Blower Continuation Series, the team analyzed the design drawings and drafts of the original Blower Team Cars. Subsequently, they disassembled the #2 Team Car owned by Bentley, which is believed to be the brand’s most valuable car ever, laser-scanned the frame and the components and completed a digital CAD model.

A team of artisan specialists was then recruited to start making the components that would form ‘Car Zero’, using traditional techniques passed down through generations. The chassis came to life at Israel Newton & Sons Ltd., the fuel tank and radiator shell were made by The Vintage Car Radiator Company, Jones Springs Ltd. Made the leaf springs and shackles and Vintage Headlamp Restoration International Ltd. was charged with producing the headlights. 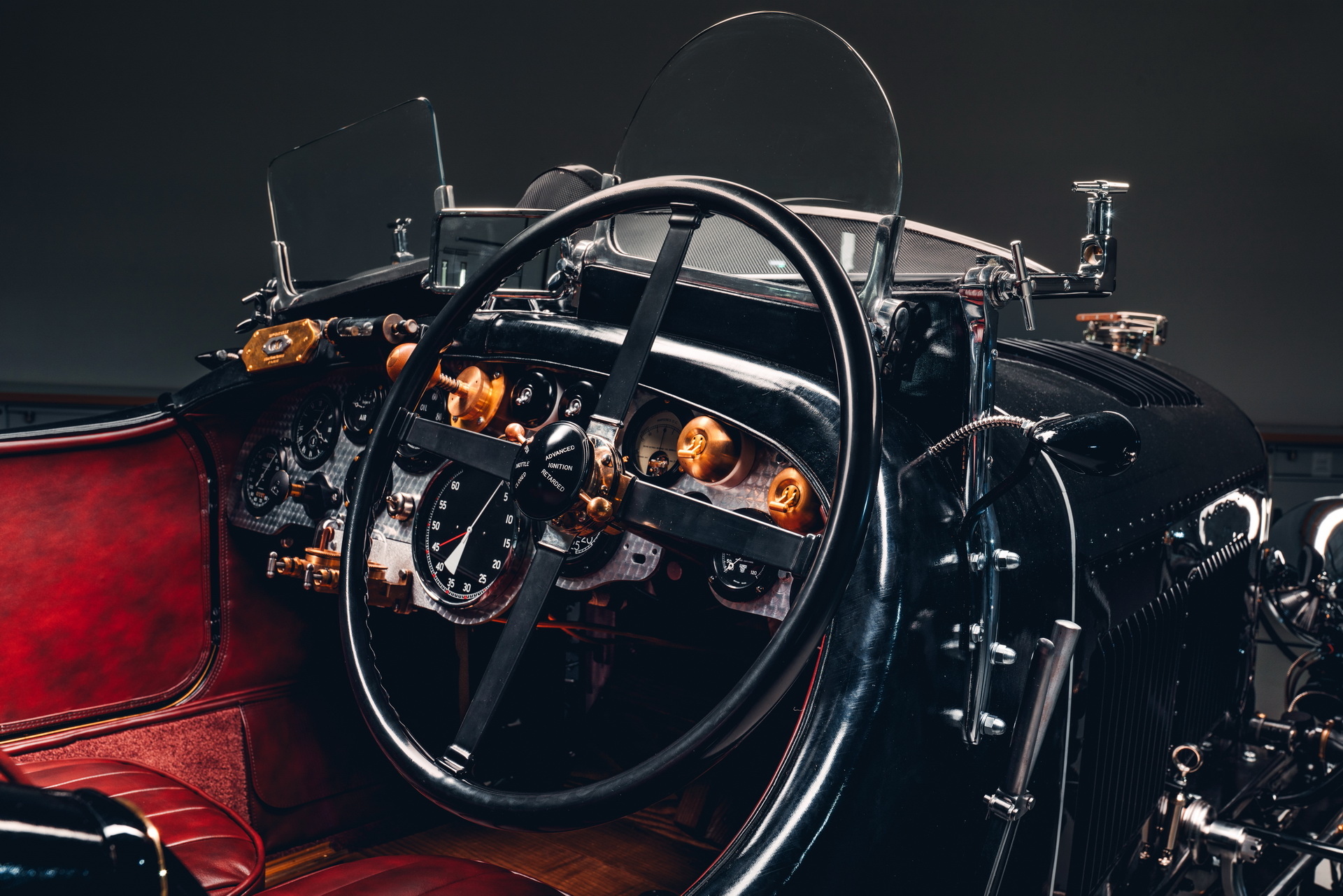 Lomax Coachbuilders made the new ash frame in the Mulliner Trim Shop in Crewe, and the Mulliner team then applied 25 meters (82 feet) of Rexine material. The hand-trimming of the body was completed by Mulliner’s craftsmen and just like the original car, the prototype has 10 kg (22 lbs) of natural horsehair in the seats.

The 4½-liter engine was built to the original specifications, including aluminum pistons, overhead camshaft, four valves per cylinder, twin spark ignition and magnesium crankcase. It’s equipped with a supercharger and it is understood to produce around 240-horsepower.

With ‘Car Zero’ complete, it will now undergo a series of durability tests, driving 8,000 km (4,971 miles) on the track that will simulate the equivalent of 35,000 km (21,748 miles) in the real world. The testing replicates some famous rallies, such as the Mille Miglia and Peking to Paris, and during the evaluation, the vehicle will also have its top speed tested out.