In creating this bespoke V-Class, the tuner started out by stripping back the standard interior and installing a new Bang & Olufsen sound system complete with Apple Airplay streaming and wireless phone charging.

Next, OKCU has adorned the seats with “Rolls-Royce quality” leather that, in these press photos at least, certainly looks rather plush. Complementing the white leather is dark blue piping and dark blue seatbelts, while sitting in between both rows of seats are large consoles that house the various seat adjustment switches. One of these consoles houses a small iPad and another a small espresso pod machine to make the perfect coffee while on the go. Also found within one of the consoles is a special cigar holder made from wood. 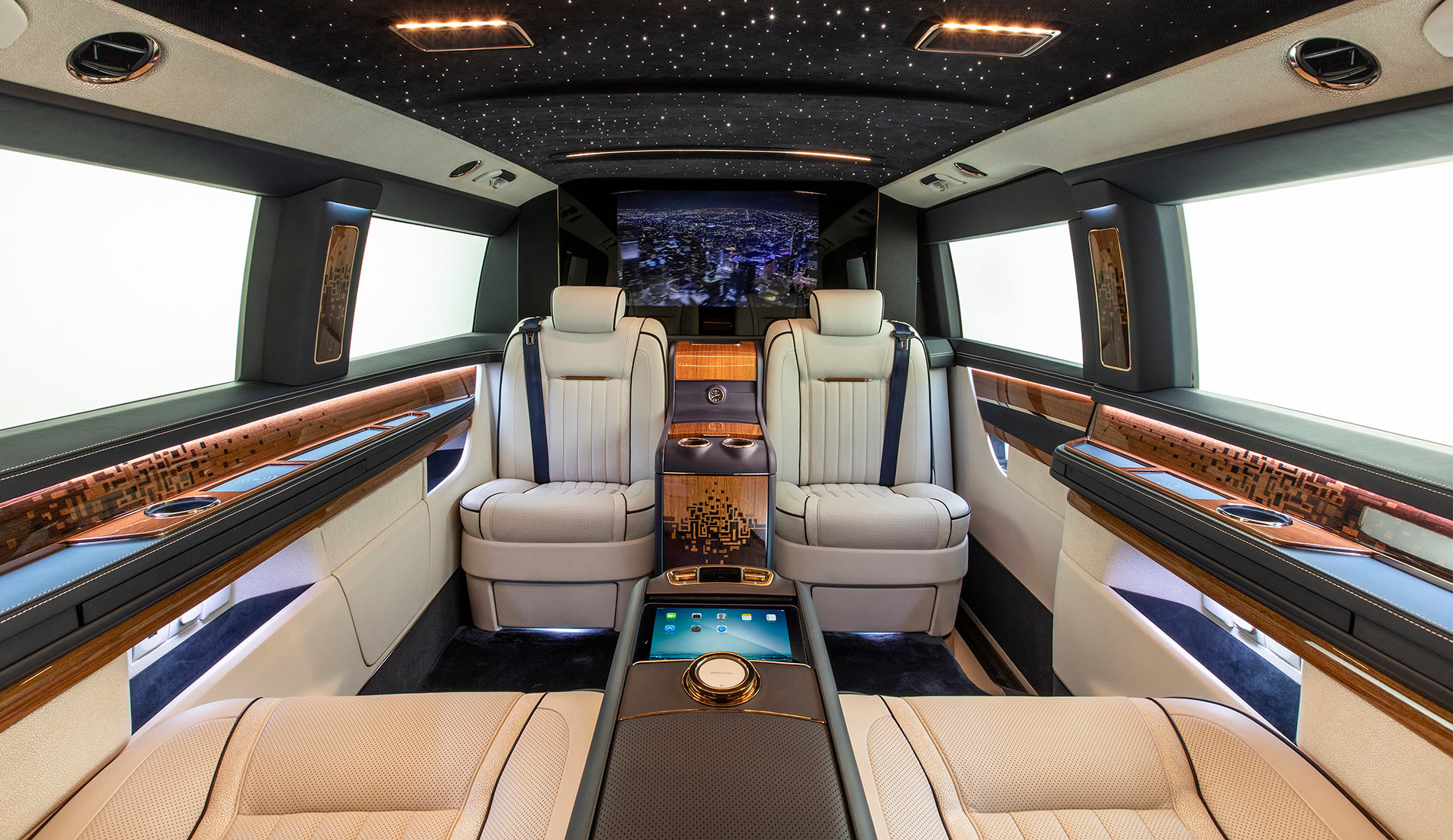 A plethora of other interior components are made from high-quality wood, including the scuff plates and areas along the doors. Further adding to the luxurious feel of this customized Mercedes-Benz V-Class are various control switches, including the Bang & Olufsen audio controller, finished in 24 carat rose gold trim, as well as a Rolls-Royce-inspired starlight headliner.

OKCU says all key interior operations can be controlled through the iPad of through voice commands. This includes the partition wall screen divider, side tables, leg rests, seat massage functions, and more. Other key features include a mini bar, champagne cooler, and a large TV screen.

Rounding out the modifications made by OKCU are custom front and rear bumpers.