Porsche Motorsport has teased its 992-generation 911 GT3 Cup car which will compete in races in 2021.

The prototype pictured is wearing a special black and white livery that encompasses the outlines of many famous racetracks where Porsche’s one-make-series will be held. It is immediately identifiable as a 992-gen model thanks to the same taillights and LED light bar as the road-going model.

This being a race car, there is also a towering rear wing very similar to the one of the 991-gen 911 RSR, complete with swan-neck uprights and large endplates. Complementing this massive wing is a large ducktail spoiler, while we can also see the outline of a prominent diffuser to further increase the racer’s downforce.

Watch Also: Chris Harris Gets A First Look At The New Porsche 911 GT3

The outgoing 991-generation GT3 Cup features a naturally aspirated 3.8-liter six-cylinder boxer engine that pumps out 460 hp at 7,500 rpm. It is unclear if the 992 model will feature the same engine with some updates or an all-new powertrain. Whatever the case may be, racing restrictions will mean the new Cup racer is slightly down on grunt compared to the road-going GT3 that’s also just around the corner.

Being a proper race car, it’s inevitable that Porsche will make significant modifications to the brakes and chassis. It will also feature all of the mandatory safety upgrades you would expect of a racer, including a roll cage, safety fuel tank and a fire extinguishing system. 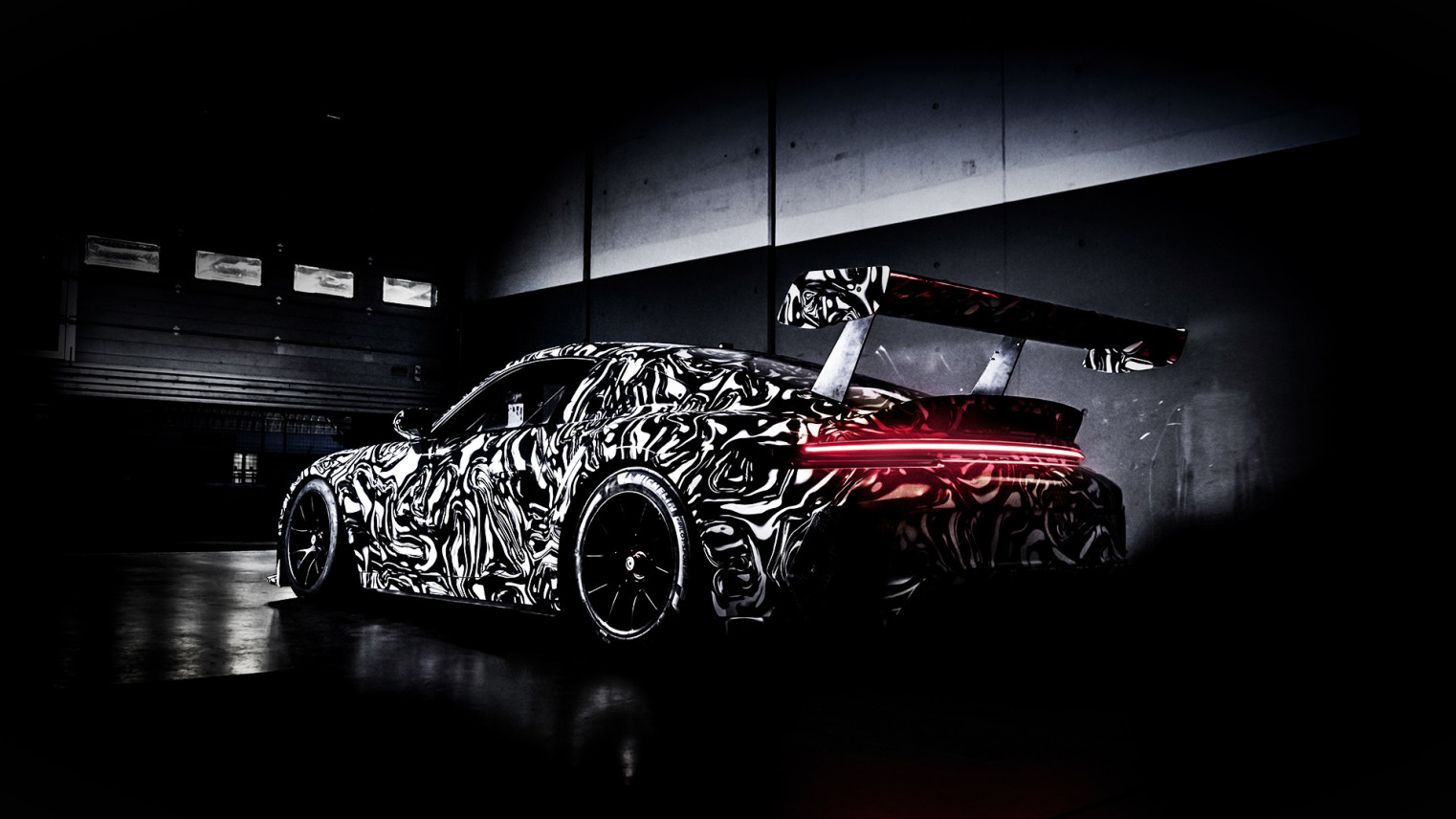