Already evaluated by Latin NCAP for the version made in Brazil, scoring 3 stars, the Kwid, which has been available in India since 2016, was subjected to the front offset deformable barrier test at 64 km/h (40 mph) by Global NCAP.

Watch Also: 1,000 Miles Across India In A Renault Kwid Is One Heck Of An Adventure 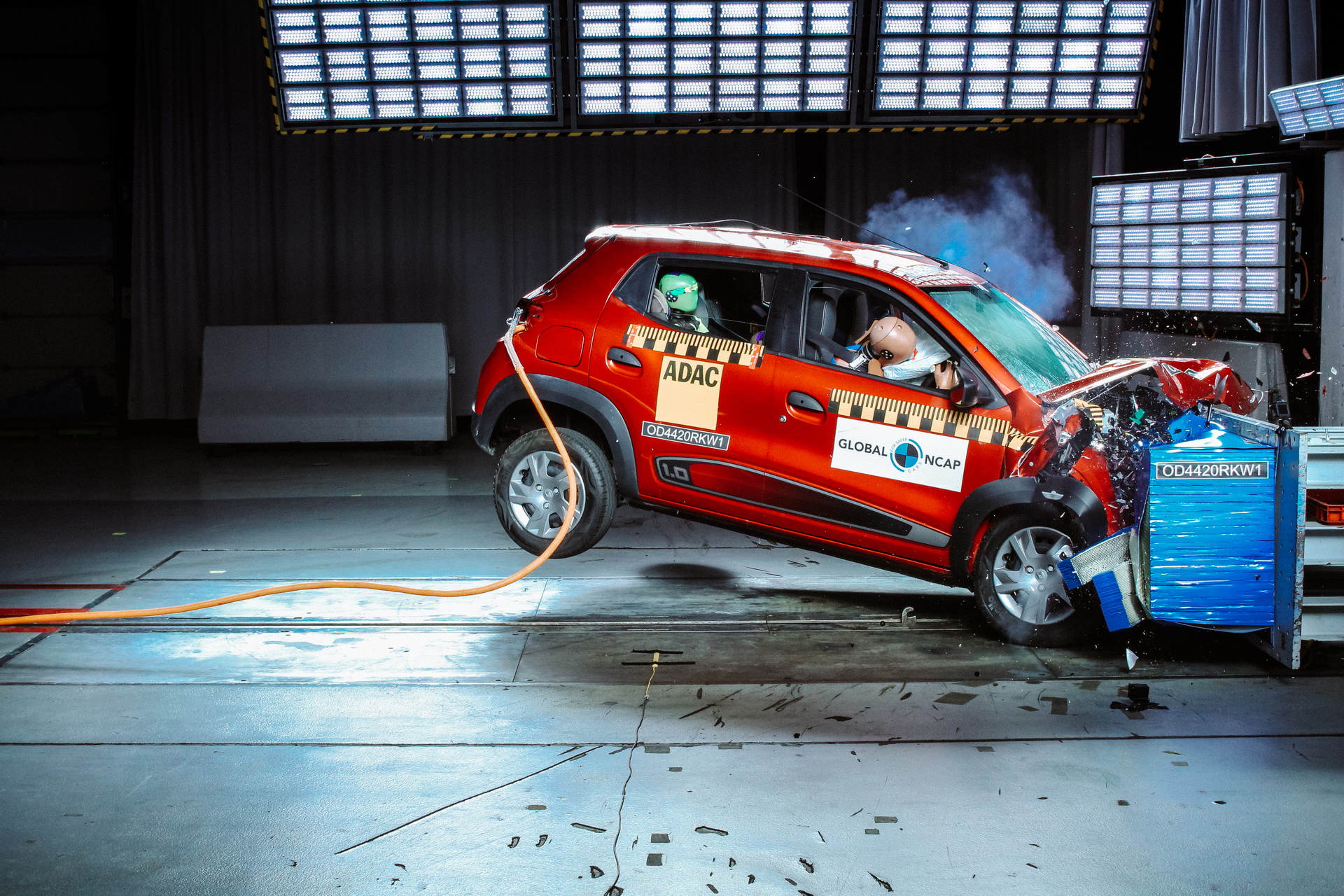 “It’s surprising to note that the Renault Kwid developed for Latin America, based on the original Indian version, has a better adult and child occupant protection, [and] includes standard ISOFIX anchorages, as well as dual front and side airbags”.

As a reminder, the Renault Kwid serves as the foundation stone of the City K-ZE, upon which the Dacia Spring electric vehicle will be based.

The Haval H1 SUV was subjected to the same test, scoring two stars for the adult and child occupant protection, whereas the Great Wall Steed 5 pickup – aka ‘bakkie’ in Africa, scored ZERO stars for adult occupant and 1 star for child occupant protection. The latter was tested in the entry-level version, which lacks airbags, with Global NCAP noting that “the deformation in the passenger compartment and movement of the steering column questions if an airbag would be able to prevent serious injuries to the driver”.