Some very odd vehicles have been produced in the United States throughout the decades and one of the most intriguing is the Plymouth Prowler.

A touch over 11,000 units were produced between 1997 and 2002 with each and every one of them is utterly bizarre. This extensively modified Prowler, rendered by Abimelec Design, has a lot more going for it than the standard model.

In creating this stylish Plymouth, the rendering extraordinaire ditched the standard model’s ugly plastic front bumpers while also removing the front fenders. The headlights have also been modified but the front grille appears to have gone untouched. The designer has also smoothed out the bodywork down the sides of the car, while also fitting bespoke side-exiting exhausts. 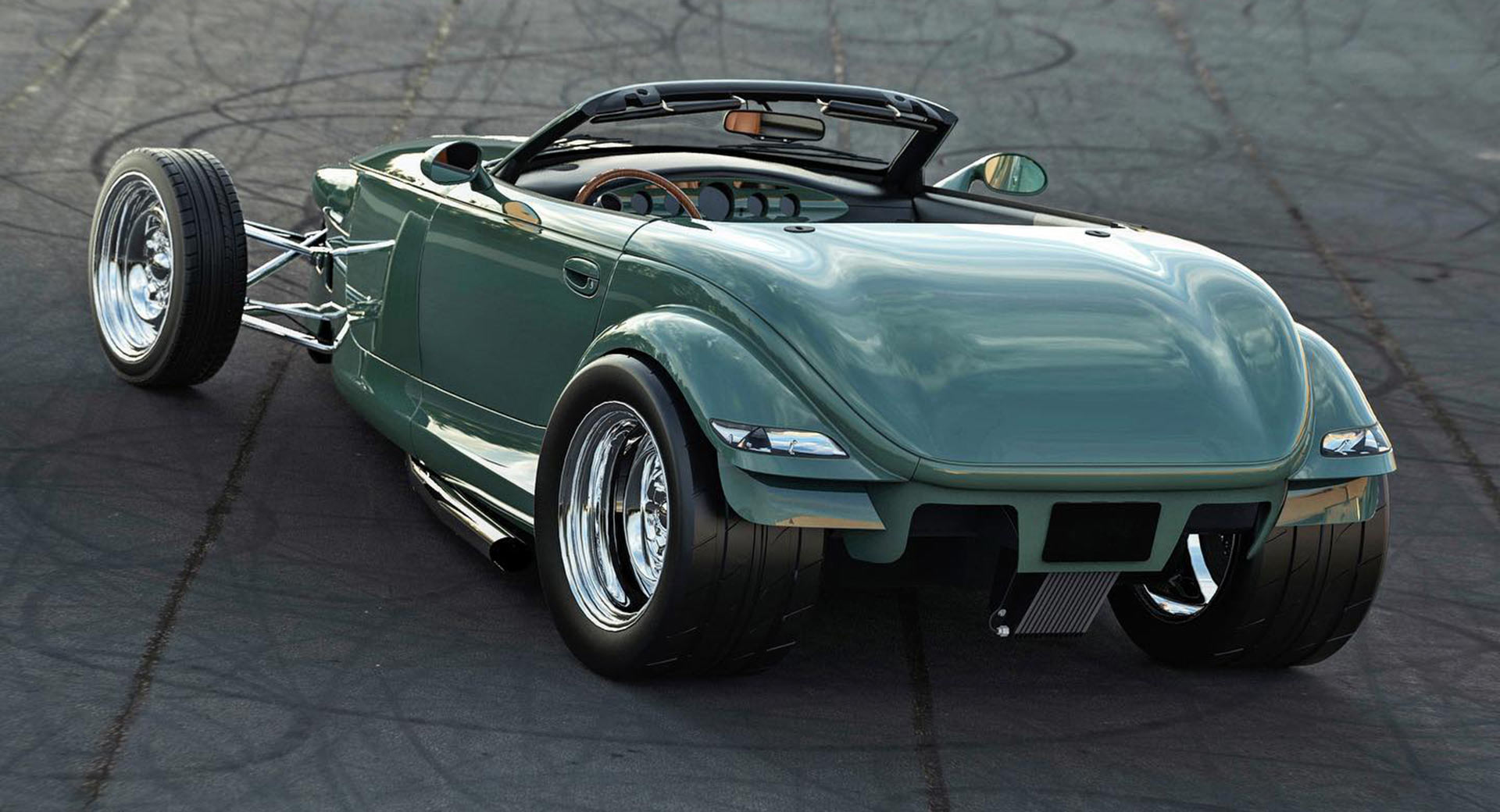 The sleek styling alterations continue at the rear thanks to the removal of the standard black bumpers and the fitment of clear taillights. Other modifications made include the fitment of aftermarket chrome wheels which are wrapped in sticky drag tires at the rear.

As standard, the Prowler left the factory with a 3.5-liter naturally-aspirated V6 rated at 253 hp at 6,400 rpm in later model years. However, one can’t overhaul the exterior of the Plymouth without also making some changes under the hood. In the case of this Prowler, those changes include the fitment of a Hellcat engine that would no doubt transform the way in which this thing drives (well, for better or for worse, that is). As a refresher, the Hellcat is a 6.2-liter supercharged HEMI V8 that pumps out 707 horsepower and 650 lb-ft of torque.