The 992-generation Porsche 911 GT3 is one of the industry’s most eagerly-awaited sports cars and Top Gear’s Chris Harris recently had the opportunity to take an exclusive sneak peek at the car.

The 40-minute video is worth watching in its entirety, but if you only want to see the new car, you can skip to the 28-minute mark when Porsche GT division boss Andreas Preuninger flips up the car cover of a bright blue example, revealing its striking new front and rear fascias. 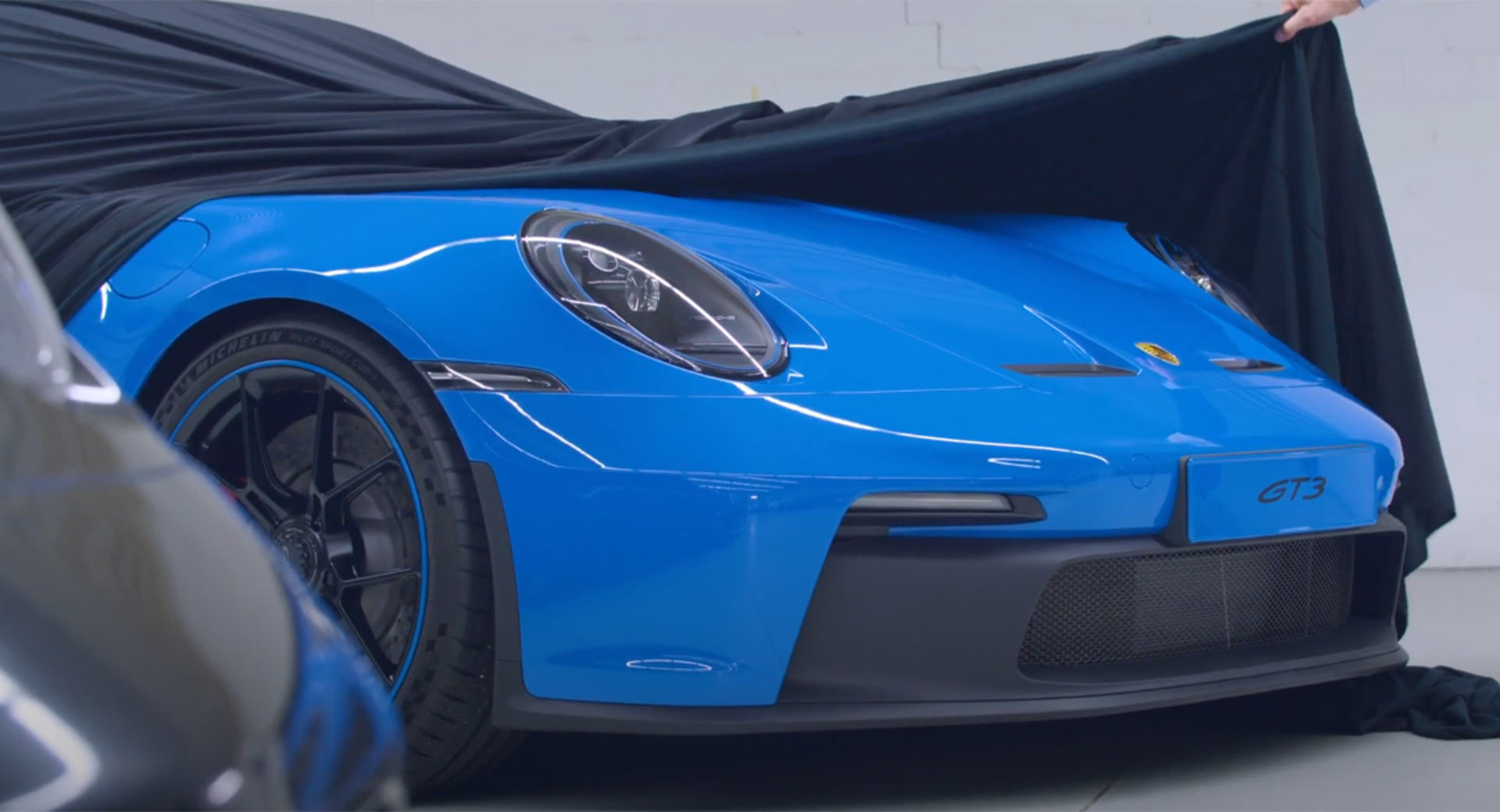 At the front, the new GT3 sports a distinctive bumper with matte black areas around the large grille. There are also a pair of vents on the hood and this particular GT3 is sitting on new gloss black wheels with blue stripes around the rim. As for the rear, there’s a large swan neck wing with matte black uprights and endplates, an additional ducktail lip spoiler and a matte black diffuser.

Powering the new 911 GT3 will be a tweaked version of the 4.0-liter naturally aspirated flat-six found in the 991.2-generation 911 Speedster. Horsepower and torque figures have yet to be announced, but it is expected to deliver around 510 hp. Customers will also be offered the choice between a six-speed manual transmission and a dual-clutch PDK.

Beyond showcasing the new 911 GT3, Harris and Preuninger discuss some of the most iconic GT3 models of yesteryear and explore the likes of the GT3 RS 4.0, 911 R and GT3 Touring.