The McLaren Sabre / BC-03 was snapped in October and now the model has been fully revealed in patent photos.

Noticed by a member of the TaycanEVForum, the pictures reveal an aggressive hypercar that features slender headlights and a ventilated hood. We can also see a prominent front splitter and curved sections which protrude beyond the bumper.

The sporty styling continues further back as there are aerodynamic skid skirts and what appears to be dihedral or gullwing doors. The model also has sizable scoops and a central fin which connects to a large rear wing.

Other notable highlights include a distinctive rear cover and a center-mounted exhaust. We can also see a massive diffuser and bubble-like rear vents.

Little else is known about the model at this point, but McLaren confirmed its existence two years ago when they said the “BC-03 is a bespoke customer commission being created by McLaren Special Operations.” At the time, it was rumored the car would be inspired by the Ultimate Vision Gran Turismo which was introduced in 2017.

Purported pictures of the model surfaced last year, and they appear to be authentic judging by the latest spy and patent photos.

While McLaren said the model was a bespoke customer commission, rumors have suggested it could be a limited edition hypercar with a small production run of between 5 and 15 units. That remains unconfirmed and so do rumors that the model will cost at least $3.3 (£2.4 / €2.7) million. 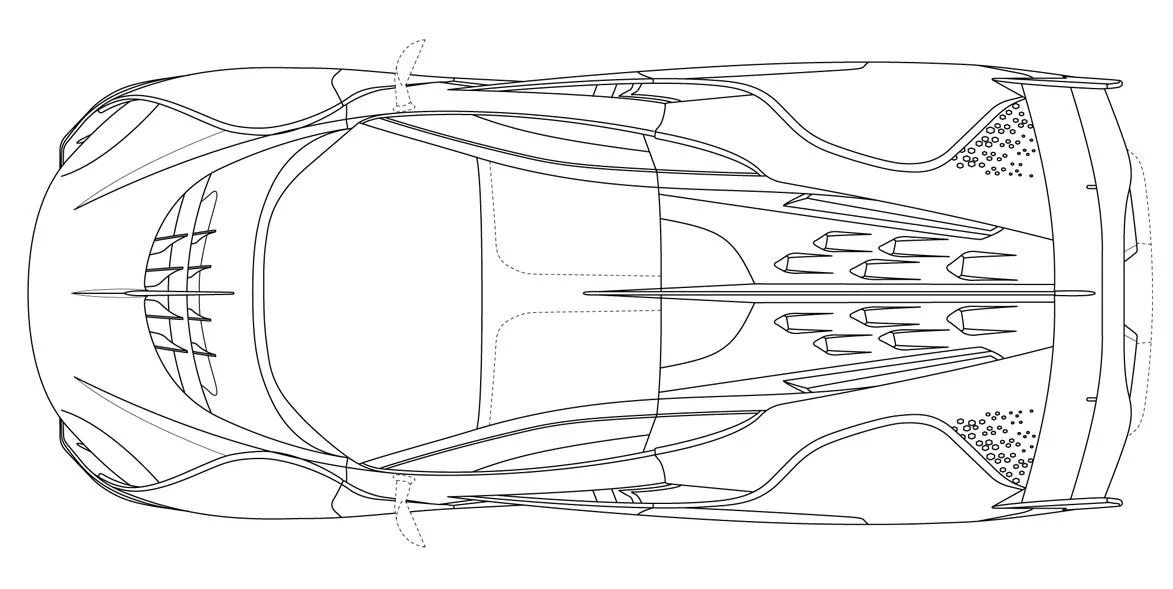 The car’s powertrain is also a question mark, but it will reportedly use the same setup envisioned for the Ultimate Vision Gran Turismo. If that’s the case, we can expect a twin-turbo 4.0-liter V8 engine that powers the rear wheels. There would also be two electric motors turning the front wheels.