It’s only been two years since BMW’s biggest SUV yet, the X7 entered production at the company’s facility in South Carolina, but the Bavarians are already working on a mid-cycle refresh that should be launched within the next 18-24 months.

Prototypes have been spied driving out in the open with both ends under heavy camouflage, though judging by the outline of the double kidney grille and repositioning of the headlamps up front, this won’t be a minor makeover.

Trying to decipher what’s hiding behind the black and white wraps, the rendering artists at Kolesa visualized the BMW flagship SUV with a taller front grille, which is now flanked by two sets of light clusters. The lower units are the regular headlamps, with the integrated signature DRL graphics, and the upper ones have a very slim design and incorporate the turn signals. If there’s any truth to these speculative illustrations, we have to say, the look is controversial, to say the least. 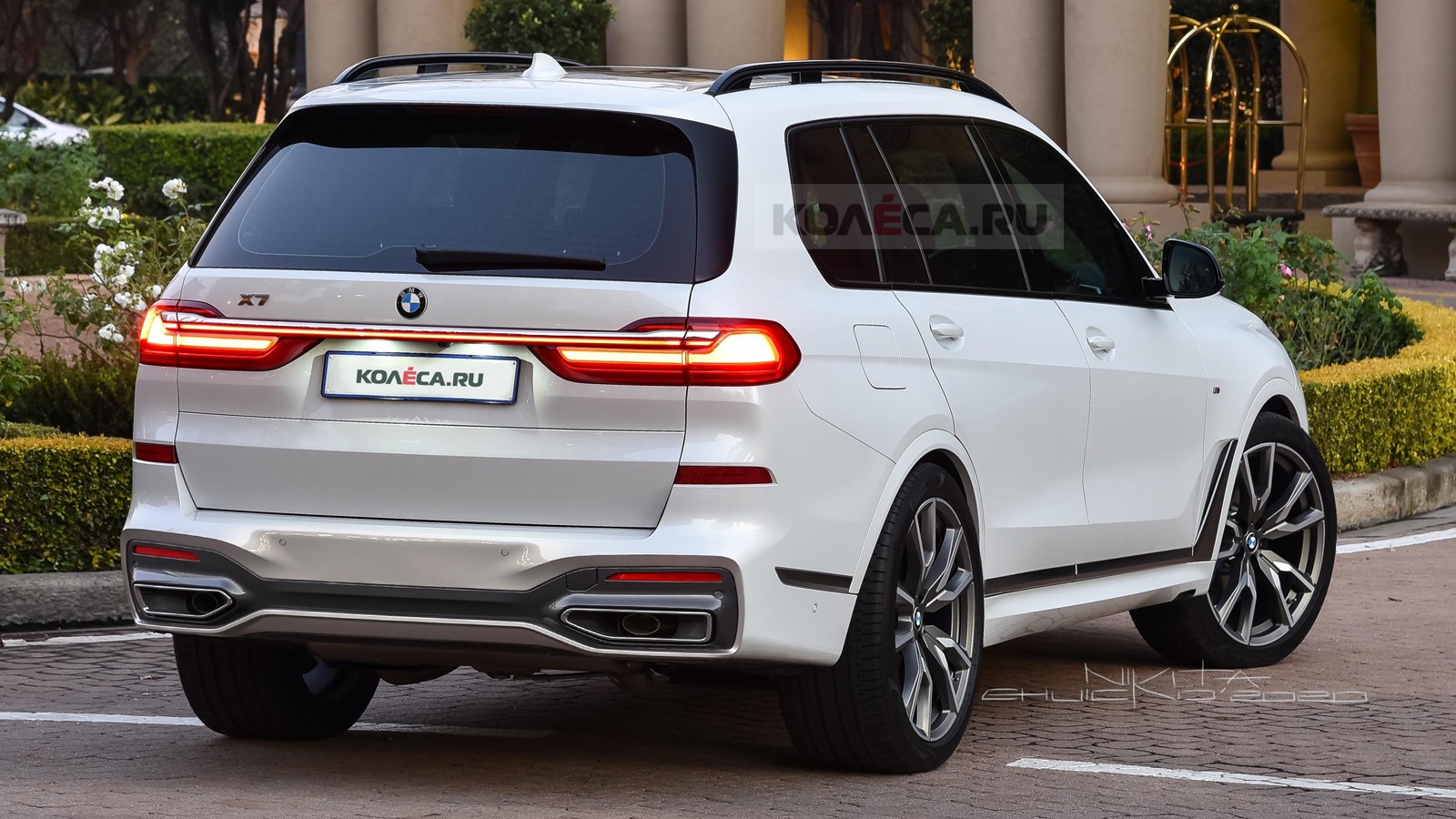 While the kidney grille might grow in size, it won’t sit that high, spy shots have revealed, and there is no definite indication from the early prototypes that BMW will launch the 2022 X7 with dual headlamps. However, the front lights have been moved further down, so there might be a slight truth in these digital pics.

The back end is less controversial, with the new and more aggressive bumper that features additional reflective lights on each side of the tailgate and larger trim surrounding the exhaust pipes.

Expected to be revealed in 2022, the facelifted X7 will incorporate changes inside as well with newer tech and possibly trim updates. The powertrain lineup will include at least one plug-in hybrid, while sitting at the top of the range will be the M50i. A full-blow M version isn’t going to happen this time around either, but the Alpina XB7 will be updated, offering customers an alternative to the Mercedes-AMG GLS 63.

Note: These are individual illustrations from Kolesa that are in no way related to or endorsed by BMW 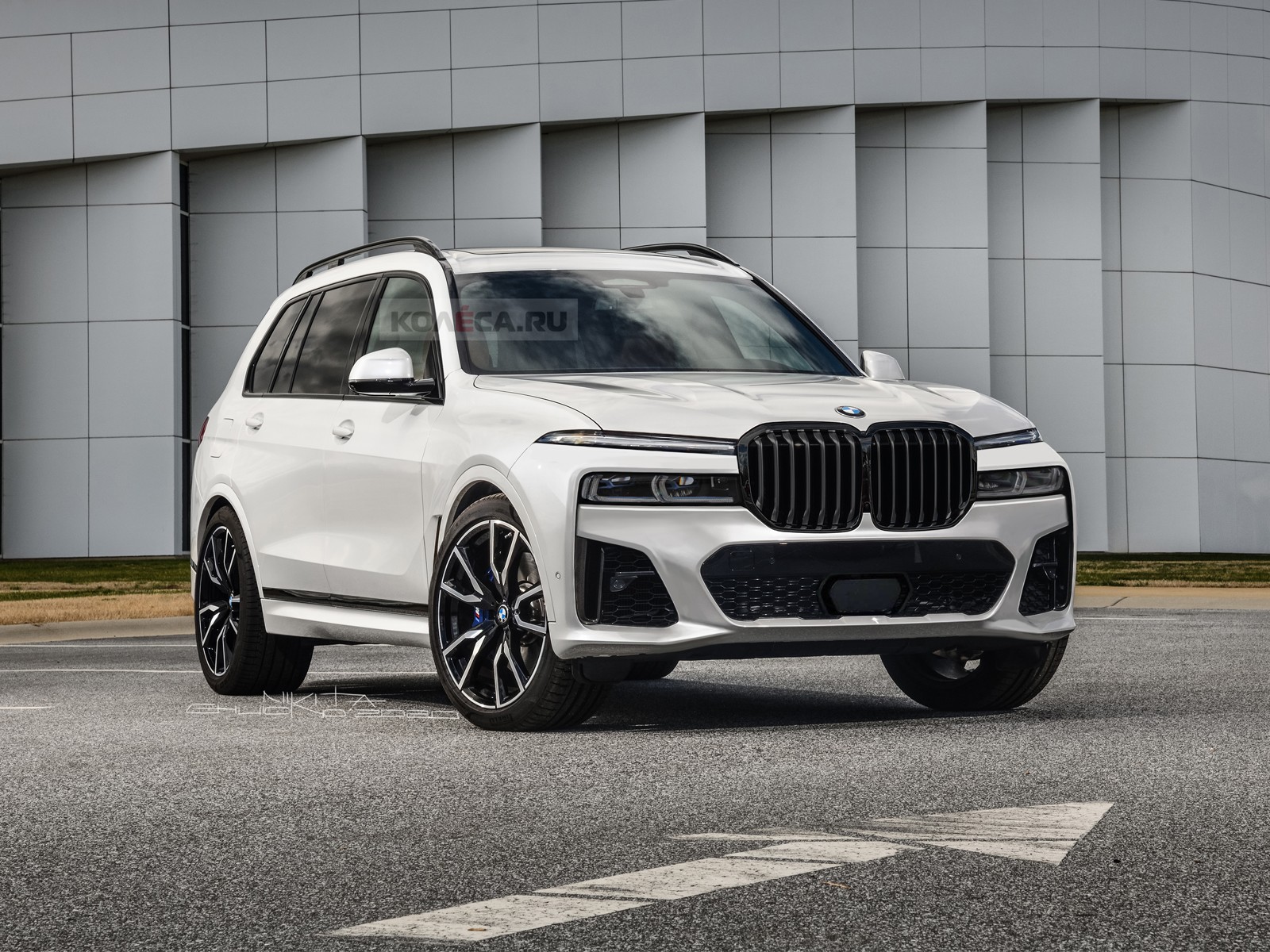