The mysterious high-riding Porsche 911 prototype (or is it a mule?) is back, this time with a few visual updates leaving more questions unanswered.

Photographed by our spies at the company’s test center in Weissach, Germany, it has dropped the alleged Styrofoam that filled the wheel arches in the previous set of images and has adopted a completely new wing at the back.

Read Also: Porsche 911 Vision Safari Is A Drivable Prototype From 2012 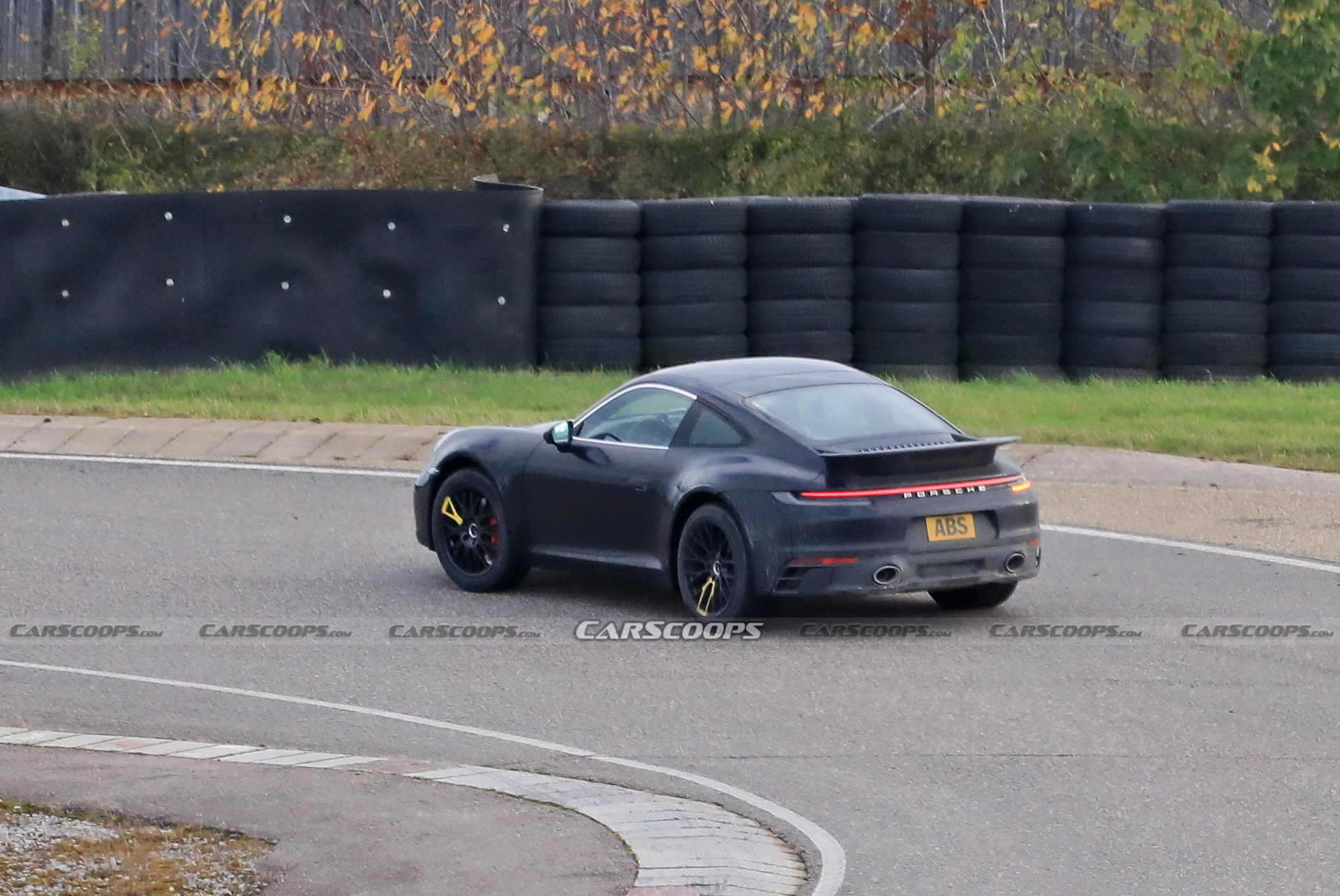 Elsewhere, it sports wide wheel arches and retains the same wheels, with a larger diameter at the rear. More importantly, it still rides significantly higher than any other 992 on the market, so could it be that Porsche is planning a modern 911 Safari? We’d sure hope so, because it would be the first time they’d use the nameplate since the 1970s model.

This wouldn’t be the first time Porsche showed interest in relaunching the 911 Safari, because back in 2012, they came up with a prototype that paid homage to the classic racer. It was based on the 991, featured a jacked-up stance, big bumpers, reinforced wheel arches and a stripped-down interior.

Realistically speaking, a new 911 Safari would be a huge gamble for the German car firm, especially in these challenging times, so they might actually test a new suspension that may or may not be used on a future variant of the sports car. And let’s not forget that they could always shelf the project, so we may never hear anything about it again – at least not in the foreseeable future.

What do you think it is?