MS-RT has launched another rally-inspired light commercial vehicle, which is based on the Ford Transit Connect panel van.

Available as a two- or three-seater, in standard or long wheelbase configurations, the LCV can only be had in Frozen White. The paint finish is contrasted by the black and red decals, and the sporty body kit is complemented by the black tailpipes, part of the new exhaust system, and the rally-inspired alloy wheels from OZ.

Full leather seats with red stitching can be seen inside, and a full carbon fiber sports steering wheel, with a red center line, completes the redesign. The tuned Transit Connect is still well equipped, getting features such as the wireless charging pad, Ford Pass Connect, reversing camera, dual-sliding loading doors and bi-xenon headlamps.

“The MS-RT Transit Connect has already been a huge success, and we’ve developed the R120 in response to customer demand for something even more bespoke”, said the MS-RT founding director, Edward Davies. “The special edition model is sure to sell out very quickly and become an icon among fans of the MS-RT brand.”

The Welsh tuner is convinced that by capping the production run of the R120, the light commercial vehicle will become “a future collectors’ item”.

Like their previous projects, the new van comes to life at the Pontypool factory, in South Wales. 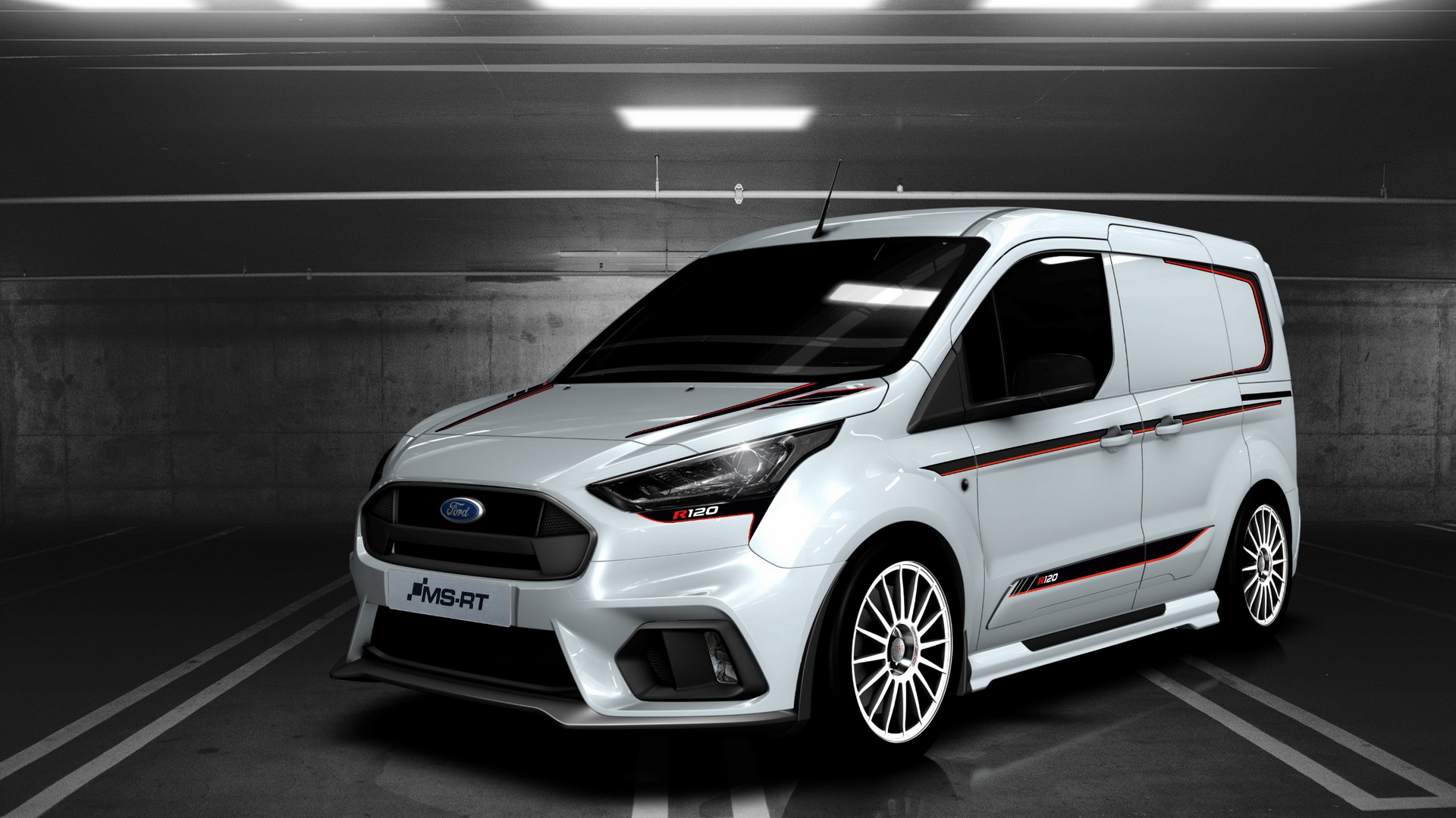