The Ford Mustang-Mach E went into production a few weeks ago and now the company has confirmed EPA-certified ranges for the electric crossover.

Thankfully, there aren’t any nasty surprises as all of the original estimates have either been meet or exceeded.

Jumping into the numbers, the rear-wheel drive Mustang Mach-E Standard Range has an EPA-estimated rating of 230 miles (370 km). That bests the Nissan Leaf Plus, but it slightly shorter than the Kia Niro EV’s range of 239 miles (385 km).

Adding all-wheel drive to the Mustang Mach-E Standard Range drops its stamina to an EPA-estimated 211 miles (340 km). That’s notably less than the rear-wheel drive variant, but it’s slightly better than the original estimate of 210 miles (338 km).

Those who want longer ranges can opt for the Mustang Mach-E Extended Range. The crossover can travel an EPA-estimated 300 miles (383 km) with rear-wheel drive and 270 miles (435 km) with all-wheel drive. Both numbers are unchanged from their original estimates, but it’s important to note the Tesla Model Y Dual Motor AWD can go farther as it has an EPA-estimated range of 326 miles (525 km).

While the Model Y has a range advantage, Ford’s global director of battery electric vehicles said “This validation by the EPA comes at a perfect time as the Mustang Mach-E is gearing up to take on the open road.” Speaking of which, customer delivers are slated to begin in the United States next month. 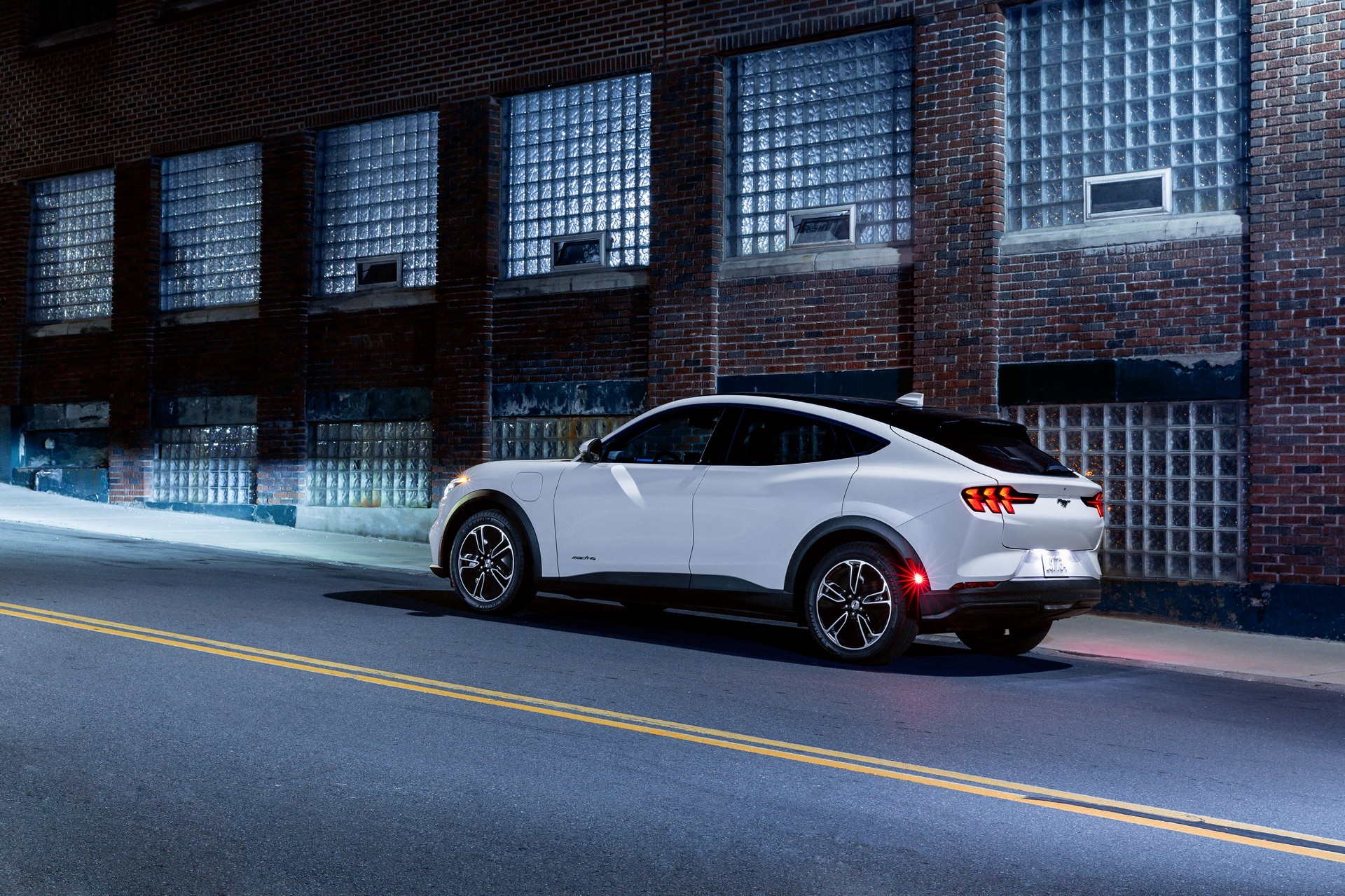