The Volkswagen Group will launch both a Q5 e-tron and an all-electric Macan in 2022.

We’ve known about the all-electric Macan for quite some time now, but this is the first time we’ve heard about a Q5 e-tron. Confirmation about the European launch of the two electric SUVs comes courtesy of a Volkswagen Group presentation shared online by Automarket which shows that both the Q5 e-tron and the next-generation Macan will be unveiled in 2022. 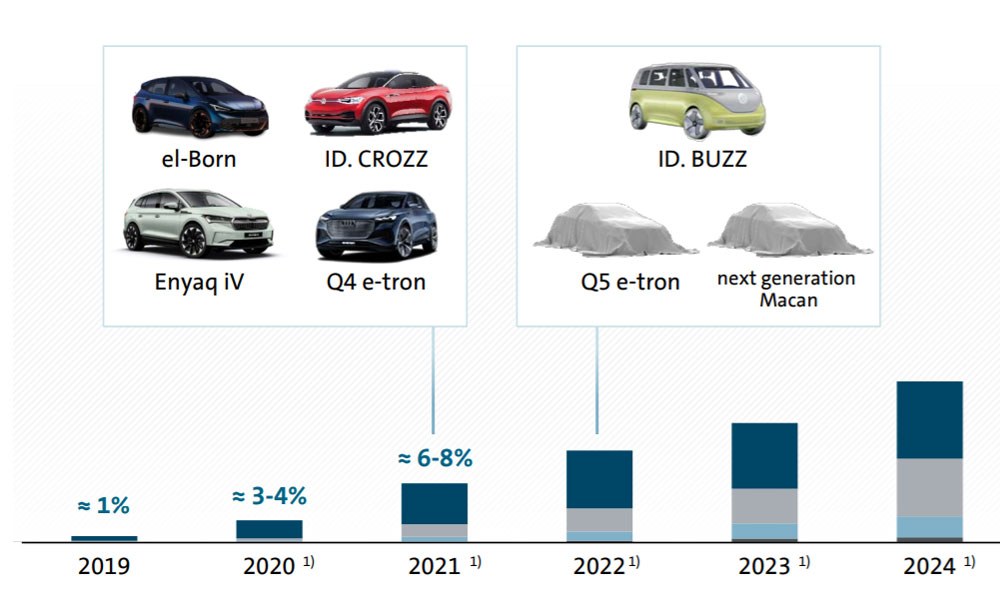 Specifics regarding the Q5 e-tron remain unclear at this stage. We’ve known for quite some time that the German car manufacturer is developing both Q4 e-tron and Q4 e-tron Sportback models and it seems possible that the larger Q5 e-tron will share some mechanical components with its smaller siblings.

With that in mind, it’s reasonable to assume that the Q5 e-tron will also be based on the MEB platform currently used by the likes of the VW ID.4 and Skoda Enyaq iV. As such, a host of different electric motor configurations and battery pack options are likely. This could include both single motor, rear-wheel drive versions and dual-motor, all-wheel drive ones.

More is known about the electric Macan. For starters, it will be sold alongside the current-gen ICE Macan, but will bring with it all-new looks recently previewed by Porsche. Unlike the Q5 e-tron, the electric Macan will be based on the PPE architecture that Porsche co-developed with Audi. It too will be offered in a number of variants, while Porsche has even revealed it has been testing an electric crossover with four electric motors.