The Renault Twizy is one quirky little car, and while it’s not performance oriented by any stretch of the imagination, a very intriguing example has popped up for sale in Britain.

This particular Twizy has been comprehensively modified by British tuning company Oakley Design. It takes direct inspiration from the unique Renault Twizy F1 prototype that the RenaultSport F1 team built back in 2013 and is a real head-tuner.

Watch Also: Mercedes-AMG GT R Vs. Renault Twizy Is A Ridiculous Drag Race – Or Is It?

Visually, the Twizy features a carbon fiber front fascia and an aggressive front splitter inspired by those used by Formula 1 cars. It has also been fitted with motorsport-inspired wheels and tires and a set of carbon fiber side skirts. 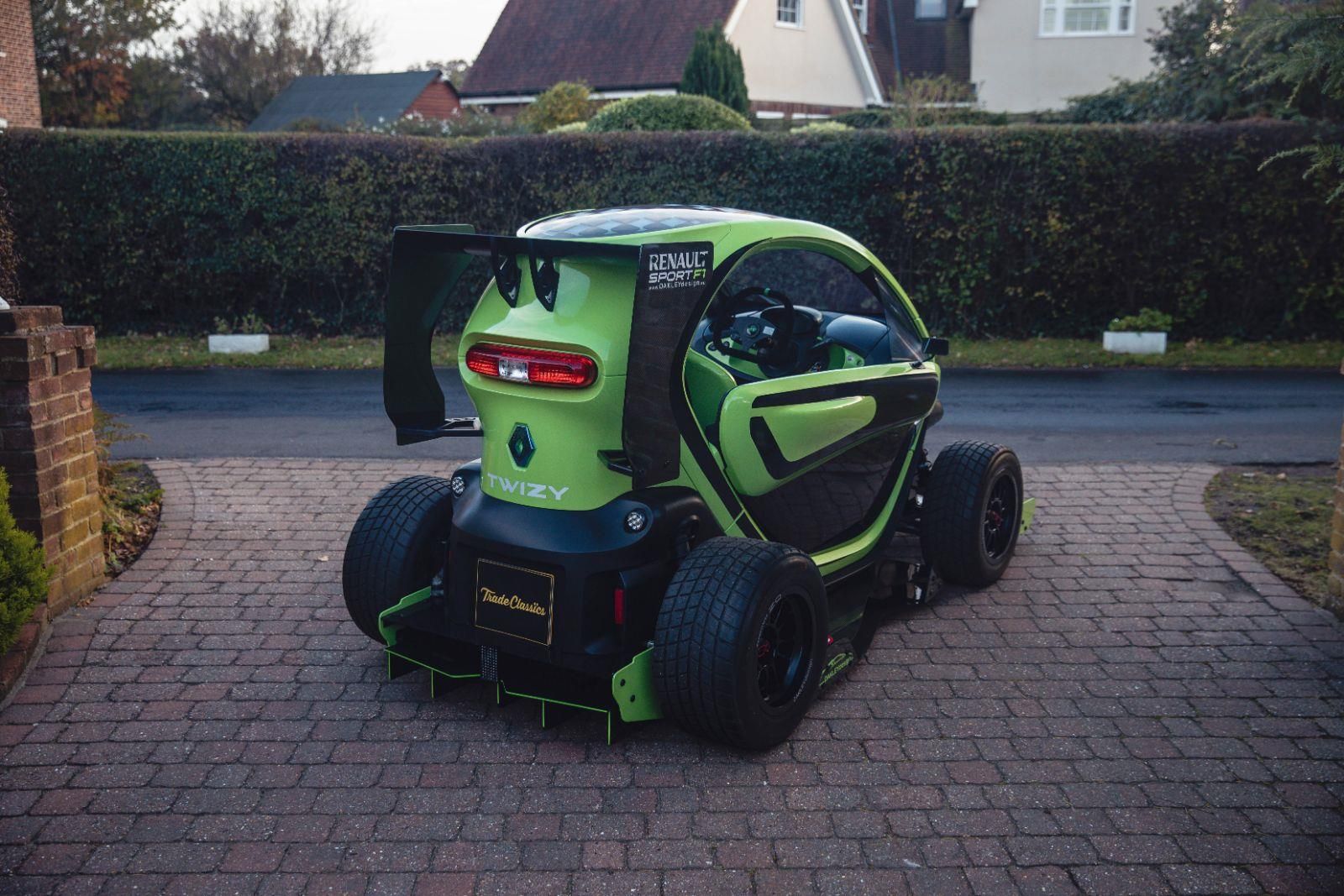 In creating its F1-inspired Renault, Oakley Design also removed the standard side windows and replaced them with small wind deflectors. They also fitted carbon fiber wing mirrors, as well as a big wing and a diffuser at the rear end. The modifications continue in the cabin with a racing bucket seat and a custom steering wheel. There’s also a chequered pattern on the glass roof, as the Piston Heads listing shows.

While the Twizy certainly looks the part, it doesn’t go the part. In fact, whereas the one-off Twizy F1 from RenaultSport had a complex KERS system that increased power to 97 hp, this one retains its standard electric motor rated at 17 hp, which is fine for city use, but not much else.