We have a fresh batch of spy photos of the new 992-series 911 GT3 that was nabbed testing alongside another highly anticipated hardcore Porsche model, the Cayman GT4 RS. The 992 GT3 will also mark the return of the popular Touring derivative that combines styling traits from both the standard and GT3 models for a more understated look. On the other end of the spectrum, the Touring will be followed by the extreme GT3 RS with hardcore upgrades including a stripped out interior, a massive double deck rear spoiler and even more power. [Updated 11/21/2020]

Porsche has been testing the 992-based 2021 911 GT3 with minimal camouflage for the past few months but they apparently decided to not bother anymore, as we can see in these fresh spy shots.

The new generation Porsche 911 GT3, which is expected to be revealed towards the end of the year, is one of the most photographed future models of the year. Porsche has been peeling off bits of fake plastic body parts slowly during that time, and now we get to see the car in what looks like its final production bodywork for the first time. 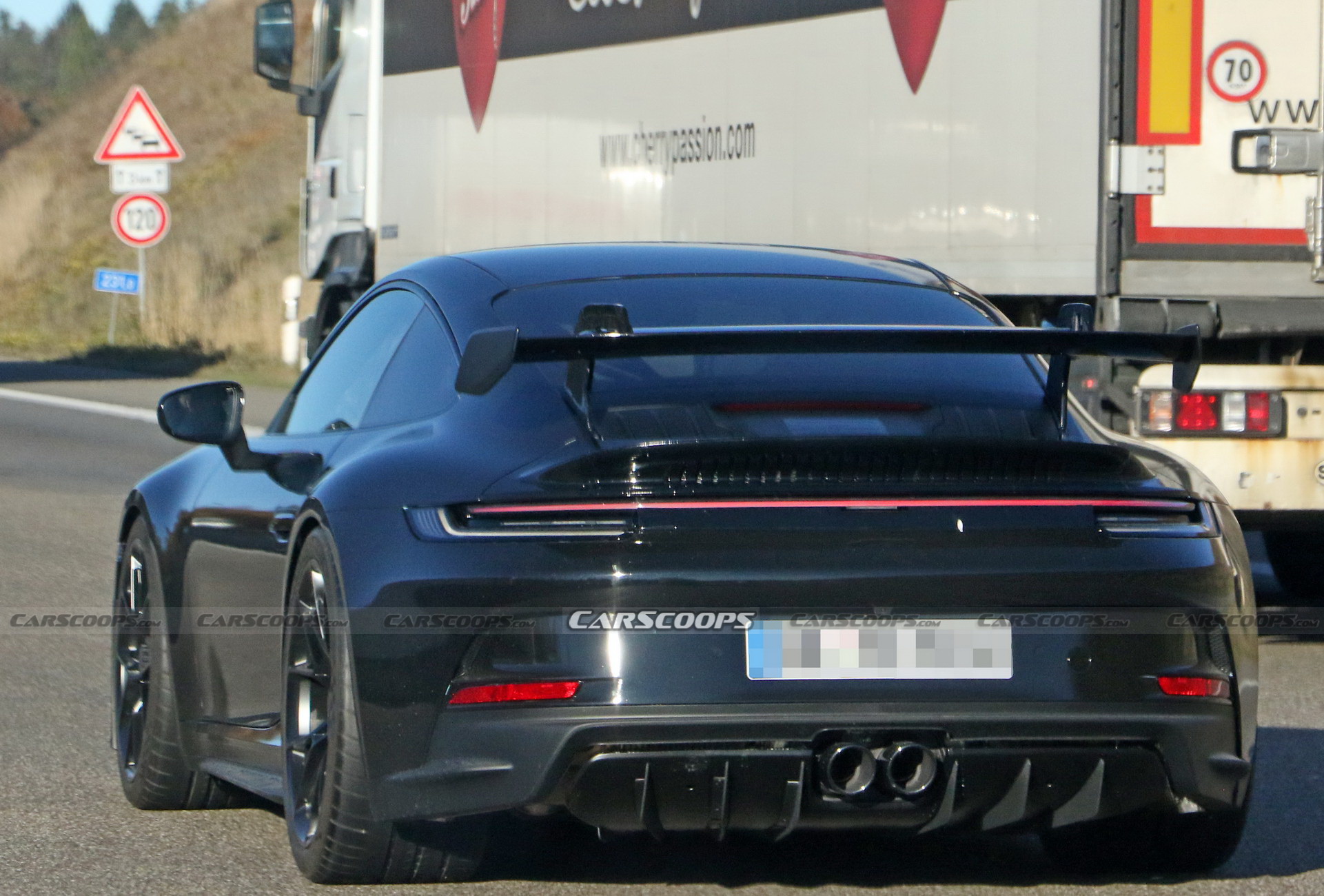 The last thing that came off the test car is the covers of the rear bumper, allowing everyone to see the finished item. The only bit that remains covered is found in the middle part of the rear LED strip that unites the taillights.

Of course, this isn’t the first time we get to see the finished car as Porsche teased the new 911 GT3 by showing it in the background of a Super Bowl commercial last January.

The 2021 Porsche 911 GT3 is going to stick with a high-revving naturally aspirated 4.0-liter flat-six engine, which is expected to offer around 510-520HP and a redline of at least 9,000 rpm. Customers will be offered the choice between a six-speed manual or a dual-clutch PDK transmission, as well as the option for the popular Touring pack, which does away with the massive rear wing and features slightly softer suspension. 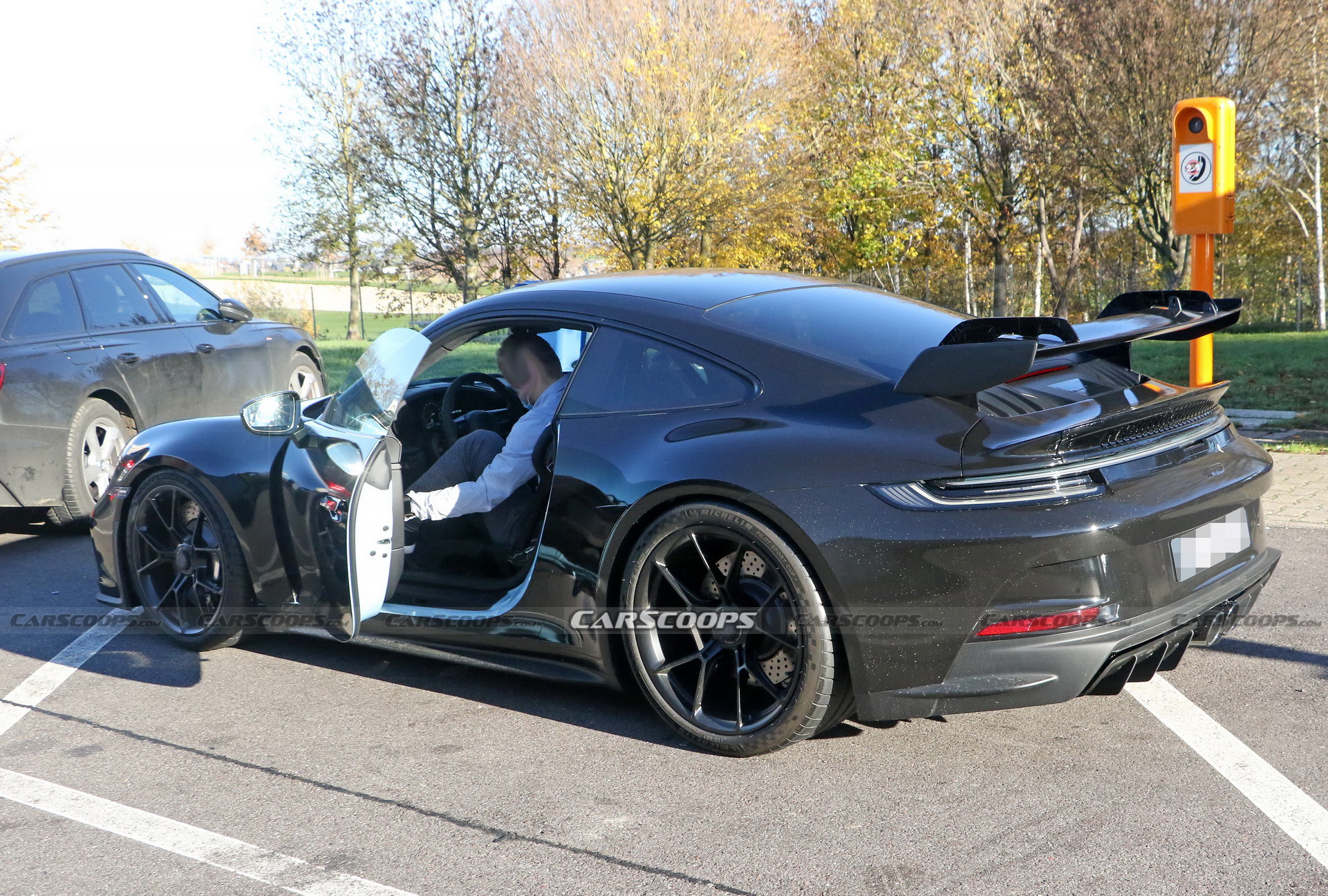 Porsche went to great lengths to keep the GT3’s N/A flat-six engine alive and compliant with the latest emission rules; the revised unit will feature two petrol particulate filters to keep EU rule makers happy, among other updates. Spy videos of different test cars so far reveal that the soundtrack of that flat-six will remain as evocative as ever, which isn’t always the case with PPF-equipped cars.

The new Porsche 911 GT3 is reportedly going to make its grand debut towards the end of the year, following the now usual Covid-related delay. With the test cars now running around naked, we wouldn’t be surprised if Porsche decides to make it official even sooner.