Florida company Nmoto has revealed a striking kit it is developing for the BMW C400X scooter that transforms it into a functional piece of art.

Like most other scooters on the market, the C400X isn’t particularly cool – and that’s where this kit comes in. Nmoto’s creation, dubbed the ‘Golden Age,’ replaces the standard bodywork of the scooter and is the latest retro-inspired kit offered by Nmoto for a BMW. The first, as we wrote about in September, is based on the BMW R nineT and makes the bike look like a 1930s R7 prototype. 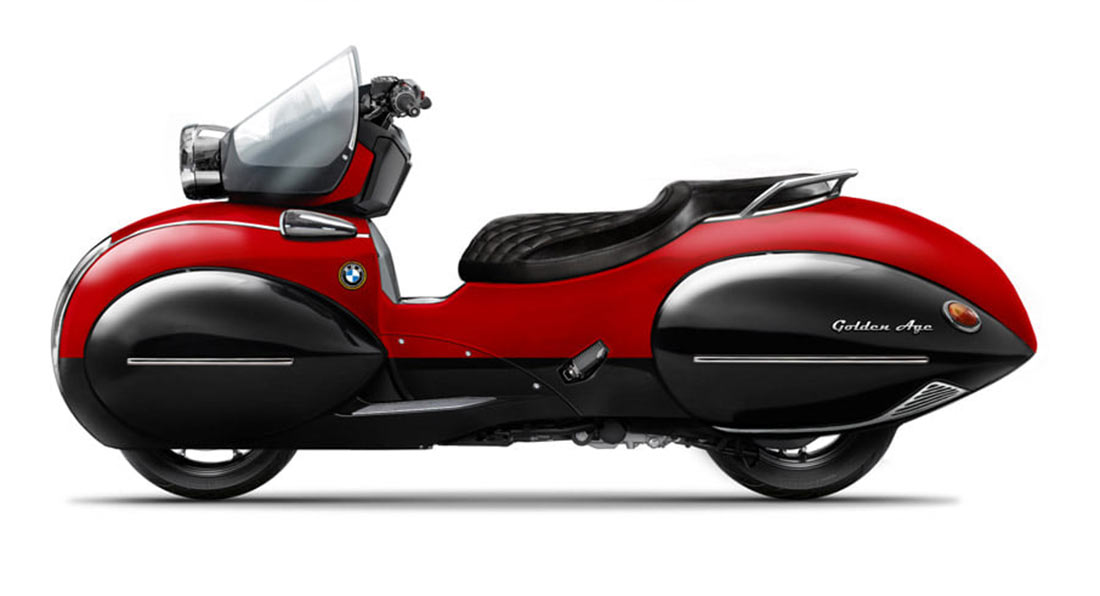 Nmoto hasn’t announced all that many details about the Golden Age kit, but did confirm that it will retain the C400X’s 35 hp, 350 cc engine and have a low center of gravity, making it “nimble on city streets.” The design of the kit is complete and production of the first prototype is currently underway, with the finished project set to be unveiled in the spring of 2021.

Whereas a regular C400X has edgy and angular bodywork, the Golden Age kit has a curvaceous art-deco design with bulging fenders covering both the front and rear wheels. There’s also a large circular headlight, a custom windshield, and a plush leather seat. Customers will be able to order the kit in a handful of different color combinations.