The latest Audi S4 Sedan will cost you at least $50,000, excluding the destination charge and dealer fees, but for a whole lot less, you could get a used older example that hasn’t been driven that much, like this 2006 one.

Based on the B7-generation A4, it wasn’t exactly a favorite among car enthusiasts like, say, an M3. Nevertheless, it’s no disappointment either, especially if you consider that it came with a sonorous naturally aspirated 4.2-liter V8 making 340 HP and 302 lb-ft (410 Nm) of torque.

The engine drove the four wheels via a six-speed automatic or a six-speed manual transmission, with this particular car featuring the stick shift. And that’s not all, because it is part of the 25quattro special edition aimed exclusively at the United States, which was built to commemorate the 25th anniversary of the quattro all-wheel drive system.

Watch Also: Is Audi’s RS4 B7 One Of The Best Used Sports Sedans You Can Get Right Now? 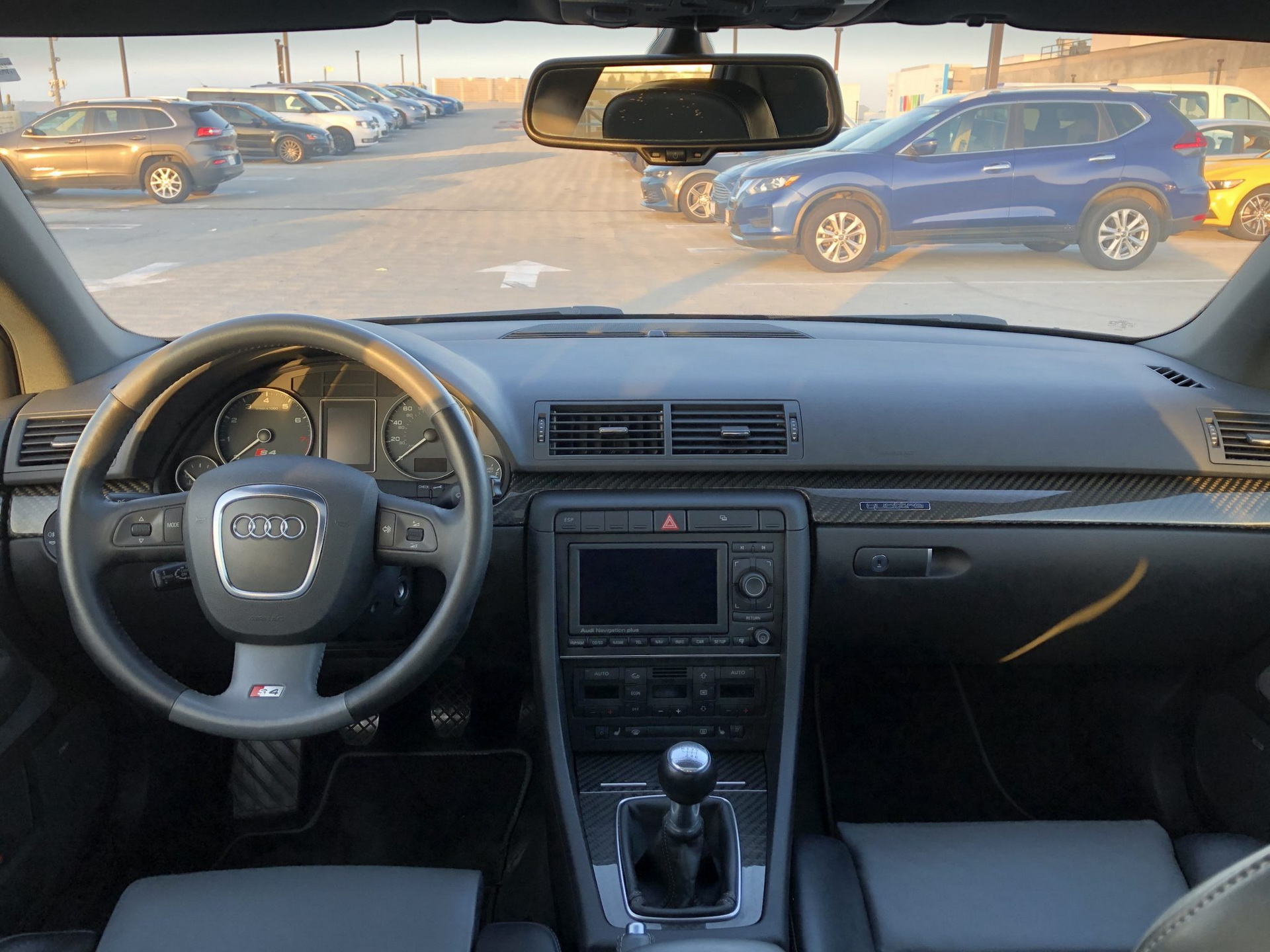 The entire production run of 250 units was finished in Avus Silver over Black and Jet Gray interior, sat on 18-inch wheels, and featured carbon fiber, racing-inspired design elements on the outside, and a bespoke gearshift knob.

The car has a few imperfections and a recorded accident, yet nothing major, and it’s for sale on Bring a Trailer, with the online auction ending on November 17. At the time of writing, the highest bid was at $14,000.

However, before you make a run for a bid, you should consider the timing chain issue. Allow us to explain. 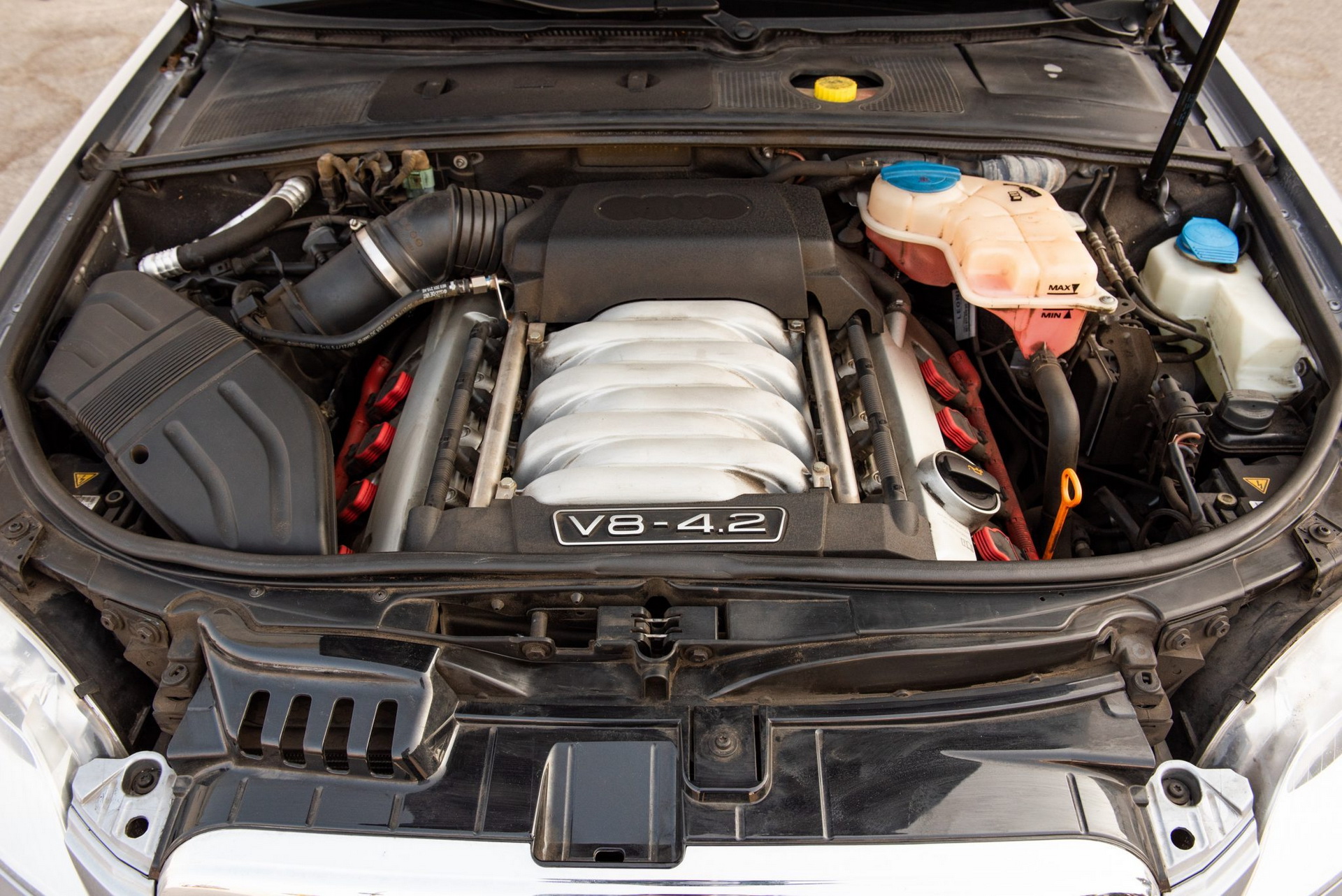 What’s wrong with the timing chain?

If there’s one thing Audi owners should always look out for on the V8-powered B6 / B7 S4s is the timing chain. It’s not just the parts, but the process and consequently, the exorbitant labor costs associated with servicing it. In any other car, you’d normally just move a few things out of the way and complete the job, but not on the B7 S4.

You see, the timing chain, which also made use of plastic guides and tensioners that -surprise, surprise- eventually break, is located at the back of the engine, up against the firewall, so you have to take out the V8 from the car in order to service it. In the U.S., depending on the shop, Audizine had calculated that you’ll need around $2,000-$3,000 for parts alone, plus anywhere from $5,000 to $10,000 extra for labor! Which could go a long way in explaining why used V8-powered S4s are so cheap.

“We have seen some engines fail in as little as 40-50k miles and others well over 100k miles,” reads the thread. “There are a bunch of cars over 140k miles who have had no issues at all. However, several polls have yielded though that the mean average of failures from timing chain components occurs near or around the 100k mark.”

Although there’s no mention of the timing chain in the listing, in the comments section the seller was asked about it and replied that the timing chain is original and that “with regular maintenance and oil changes (which this has), it shouldn’t be a problem for another 40-60k+ miles”.