Toyota Gazoo Racing has announced its lineup for the 2021 Dakar Rally, which is scheduled to start on January 3 in Saudi Arabia.

The Japanese works team will consist of four crews, each driving the latest race version of the Toyota Hilux that was originally introduced in 2018.

The Hilux racer features a mid-mounted naturally aspirated 5.0-liter V8, fully independent suspension, and all-wheel-drive. For 2021, the race trucks feature an updated exterior design that reflects the production 2020 Hilux, and further refinements to the suspension and engine to make them more competitive and even more reliable. 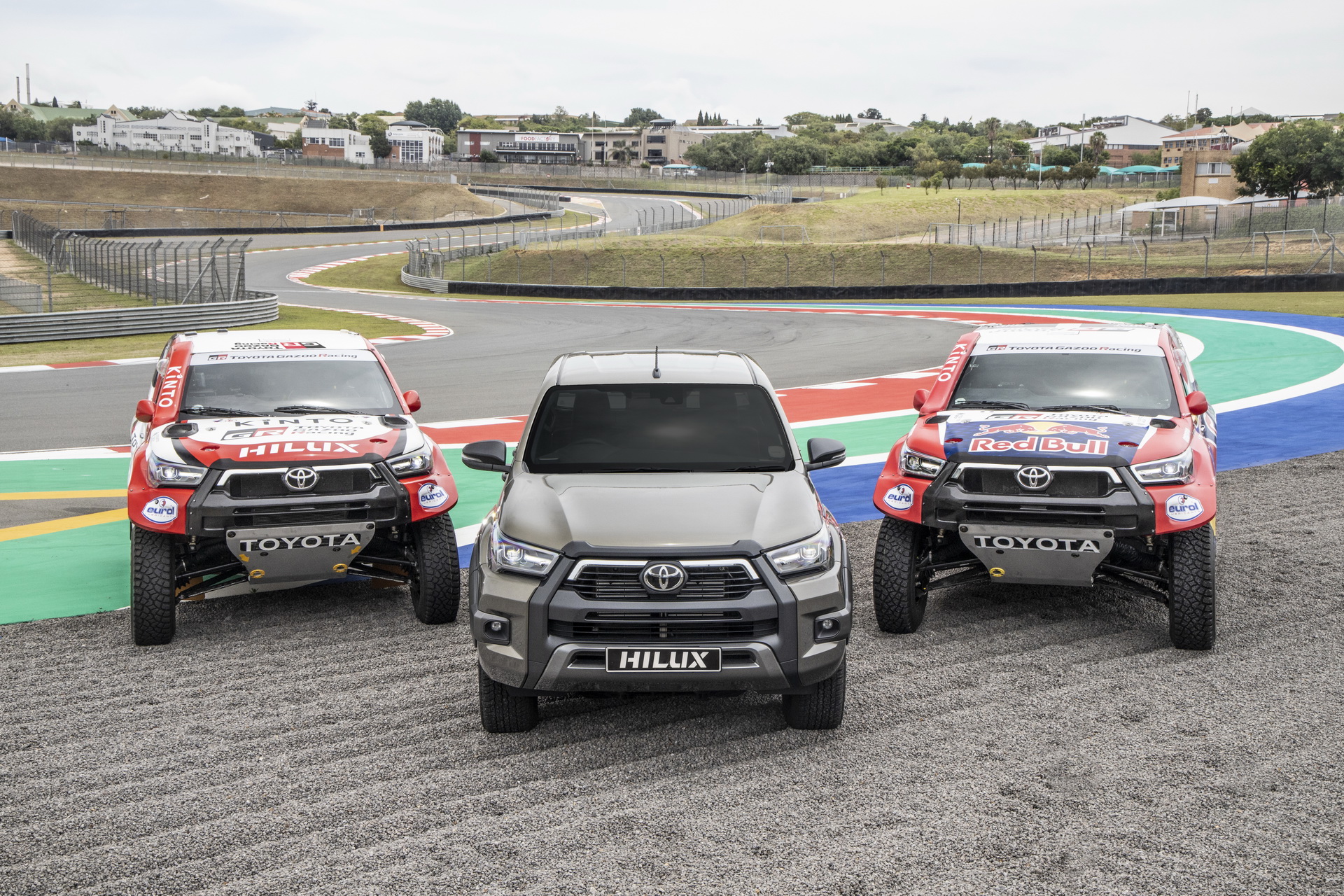 Toyota Gazoo Racing’s team will be spearheaded once again by 2019 winners Nasser Al-Attiyah and Mathieu Baumel, who finished second in the 2020 edition of the Dakar Rally. Giniel de Villiers and Alex Haro are hoping to build on their 2019 victory in the Rally of Morocco, which de Villiers has won three times.

South Africans Henk Lategan and Brett Cummings are joining the team for 2021. While this is Lategan ’s first Dakar Rally, he recently won the South African Cross-Country Series title for the second consecutive time, while Cummings has raced in the Dakar Rally twice before in the motorcycle category. Shameer Variawa and Dennis Murphy complete the four-car team, with Variawa having won local championships in South Africa in the past.

The 2021 edition of the Dakar Rally will take place solely in Saudi Arabia, with crews setting off from Jeddah on January 3. The route will be similar to that of last year’s race, but the organizers have promised all-new sections for a more competitive race.